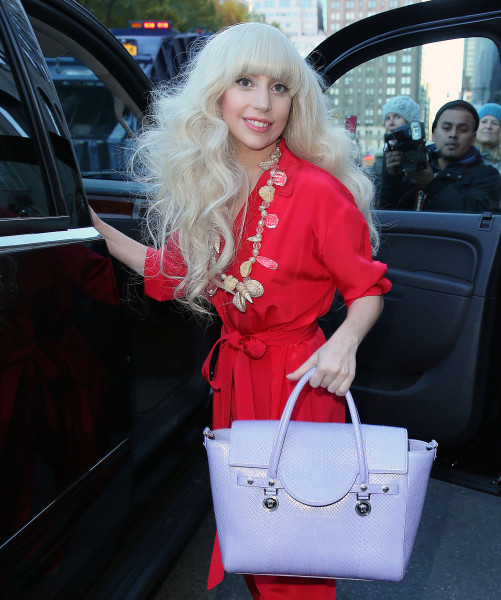 To kick off the release of her new album, “Artpop,” this week, the entertainer, never known for understatement, has been omnipresent.

She began with a huge release party Sunday where she debuted Volantis, billed as the “world’s first flying dress.” She floated about 6 feet above the floor before performing at the event, streamed live on Vevo.The next day, she opened pop-up “Artpop” stores in New York and Los Angeles, where Gaga-related merchandise was sold, and she was one of the main honorees at Glamour’s Women of the Year ceremony. On Wednesday, she was due to appear at the opening of an H&M store in New York’s Times Square.

She’s scheduled to tackle hosting and performance duties on NBC’s “Saturday Night Live,” and she redesigned the Life section logo of USA Today in her image – the first time the newspaper has had a celebrity do so. The newspaper also featured an interview with the superstar. And a concert special with Ryan Seacrest is set to air on the CW Network next week. 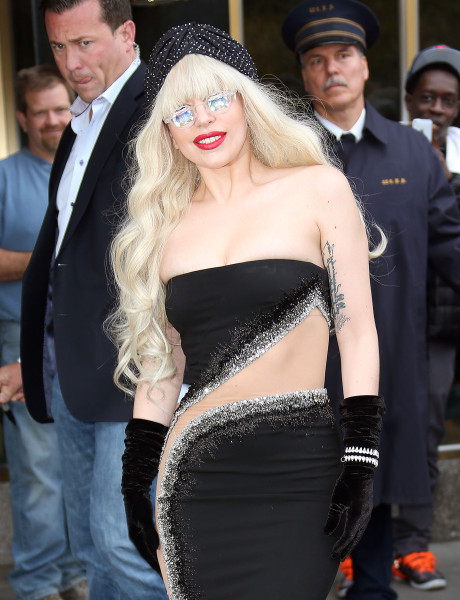 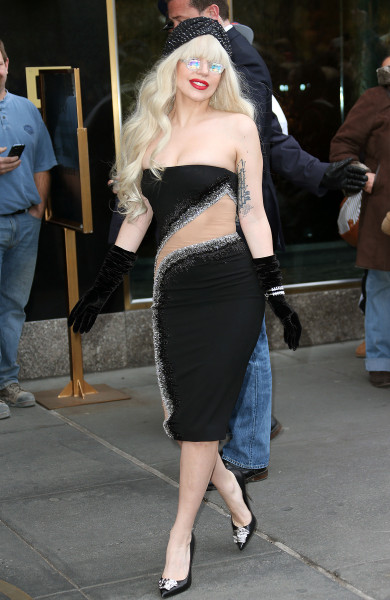 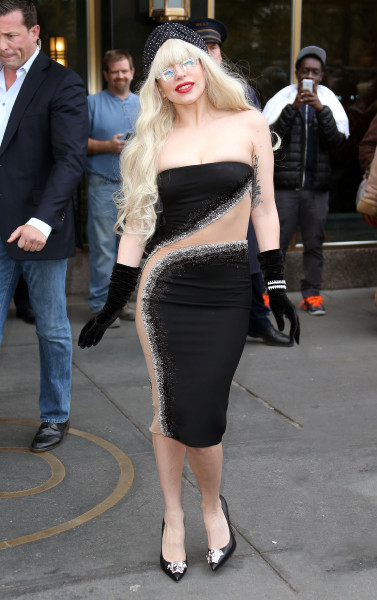 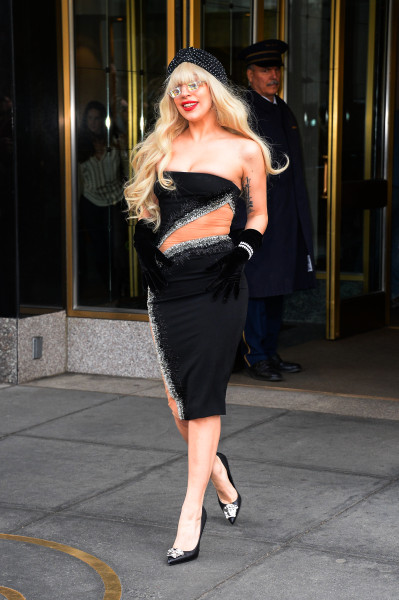 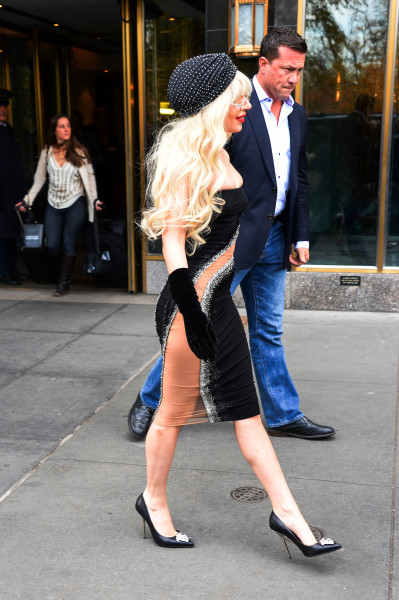 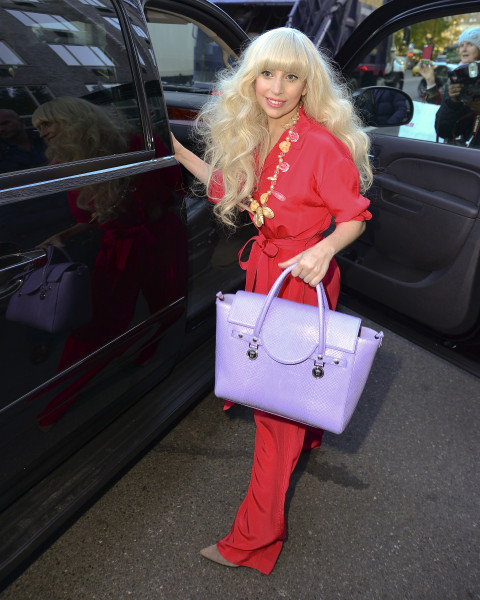 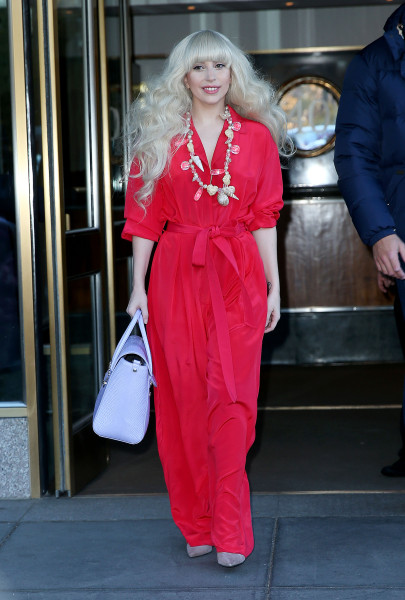 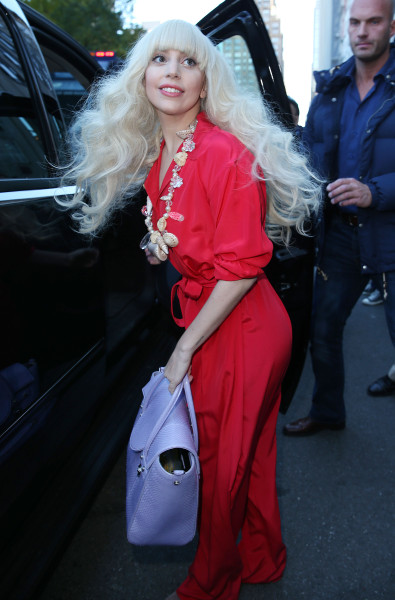 Gaga’s publicity push leading up to the debut of “Artpop” could be described much like the singer herself – eye-catching, unique, daring and, of course, over the top. It comes amid mixed reviews for the album, the departure of her longtime manager and questions about whether Gaga-mania might be on the wane outside her core Little Monsters. The album’s first single, “Applause,” remains a top 10 hit but was considered a bit of an underperformer compared with her previous hits.

Bill Werde, Billboard’s editorial director, thinks folks wondering if the 27-year-old is approaching her expiration date are missing the point.

“She’s presenting an artistic view of pop music that’s a lot more challenging than anything else that’s even approaching the top of our charts now. She is risking her top success for the sake of art, and I think a lot of people don’t get that,” Werde said after viewing Sunday’s show online. “You have to really appreciate how conservative most pop fans are in the world. They don’t necessarily want their music dipped in art. They don’t want to see pop stars come out for a performance wearing a terrifying scarecrow mask,” he added.

It’s what we’ve come to expect from Gaga, however. Her career has been as much about performance art as music. After all, this is the woman who has paraded around in a dress made of meat, assumed a male alter-ego for an awards show, arrived at another in an egg and stripped naked onstage in Europe last month.

“She’s definitely one of the most iconic artists that we have on the planet,” said hitmaker David Guetta, who worked with Gaga on her new album. “I like the way that she works because she’s just an artist. I don’t see her as belonging to one school. She’s just art. Even though it’s pop music and it can sometimes have emotional (aspects), pop can also be very commercial. And I like the way that she’s doing pop in a very artistic way.”

Some have questioned how much her approach resonates these days, especially when Miley Cyrus draws weeks of headlines by twerking onstage at the MTV Video Music Awards. Gaga’s performance at that show barely rated a blip at the water cooler the next morning.

Gaga’s supporters, though, warn against viewing her in the short term. They believe she’s built something more durable. Kid Kelly, SiriusXM’s vice president of music programming, hosted an interview session with Gaga last week that drew an eclectic crowd that ranged from pre-teen to middle age.

“She has a vision for what she does as an artist, but not necessarily like you’re on the assembly line of creating formulaic hits,” Kelly said. “She’s a genius, the way she presents, the way she acts, the way she’s thinking constantly about innovating and re-innovating herself, the way she is very, very forward thinking. She understands her audience I think better than most people give her credit for.”

“Artpop” is Gaga’s fourth full-length album, and comes after a forced hiatus. A hip injury sidelined her and forced her to cancel her tour last year. In a brief interview before her Sunday performance, Gaga said that time off gave her some perspective.

“You know what I realized? That I don’t need to reinvent myself. What I realized is that in your lifetime, if you have one really great idea, run with it. And run all the way to outer space if you can,” she said. “If you believe in yourself and you work hard, rehearse and have discipline, these ideas could take us to the moon.”

I think it's interesting that she considers ARTPOP to be a continuation of the Fame. Apart from being fun, they're nothing alike imo.