Harry Styles Cheers On Big Sister At Her Graduation 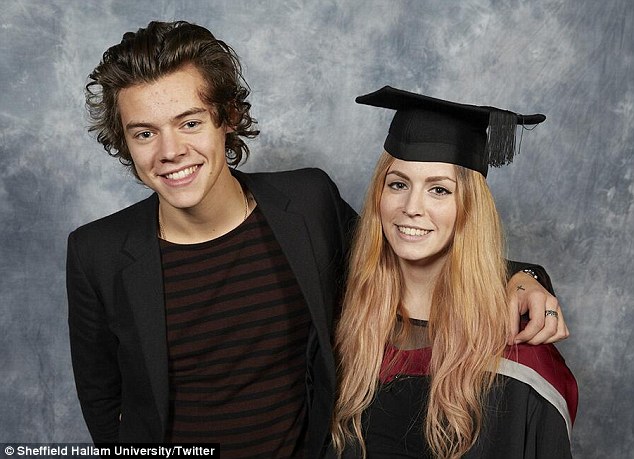 Harry Styles' sister Gemma is used to cheering on her brother from the audience during One Direction concerts.

However, on Wednesday the tables were turned as it was Harry, 19, proudly watching from the crowd as his sibling graduated from Sheffield Hallam University.

Sat beside his mother Anne Twist, Harry beamed with delight as his 22-year-old sister accepted her first class honours degree in Science Education with QTS during the ceremony at Sheffield City Hall.

Wearing her cap and gown, Gemma posed alongside her brother for official photographs, which were posted on the university's official Twitter feed.

The university tweeted several photos of the famous guest at the ceremony, writing: 'A special guest attended today's graduation ceremony to see his sister collect her degree! Welcome @Harry_Styles.