I Am Britney Jean coming to your TV screens on December 22nd! 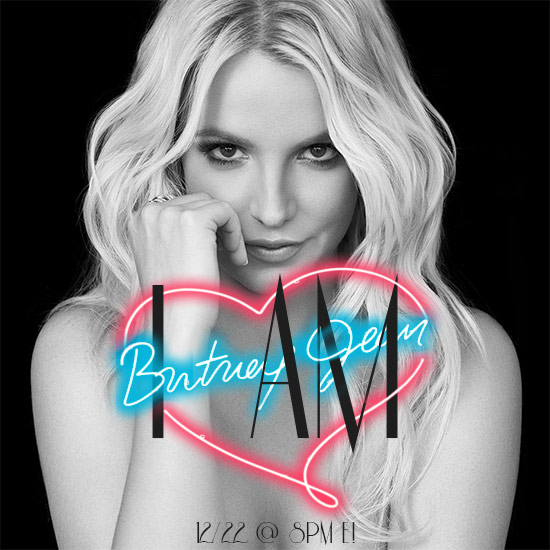 E! ANNOUNCES 90-MINUTE DOCUMENTARY EXCLUSIVELY CHRONICLING THE NEXT CHAPTER OF BRITNEY SPEARS’ CAREER AS SHE PREPARES FOR HER HIGHLY ANTICIPATED TWO-YEAR LAS VEGAS RESIDENCY: "BRITNEY: PIECE OF ME"

"I Am Britney Jean" Documentary Will Debut Sunday, December 22 at 8:00PM Followed by an Immediate Rebroadcast at 9:30PM, Just Five Days Before Britney Spears’ Opening Night in Las Vegas

Los Angeles, November 13, 2013 –  The buzz about Britney Spears’ upcoming two-year performance residency at Planet Hollywood Resort & Casino in Las Vegas has already reached a fever pitch with ticket sales through the roof and rumors abounding as to what the star will perform, what she'll wear, and what the show will look and sound like.  E! will exclusively chronicle the megastar’s next chapter and her journey to what is shaping up to be her biggest triumph yet in an all-new 90-minute documentary that will air Sunday, December 22 at 8:00PM followed by an immediate rebroadcast at 9:30PM, just five days in advance of opening night of the highly anticipated “Britney: Piece of Me” show in Las Vegas.  "I Am Britney Jean" offers an intimate look at one of the most overexposed yet under revealed stars of today as she faces one of her biggest challenges ever while finishing her album, shooting videos, doing press – and being a mom.

With her new album, "Britney Jean," dropping December 3rd, and rehearsals slated to begin December  10th in Las Vegas, Britney is going to be hard at work preparing for her most elaborate production to date.  Viewers will get a rare glimpse inside Spears' life at an integral moment, as she finishes writing and recording her most personal album to date, all while producing and co-directing her first ever Las Vegas Residency.  Spears will also open up about her personal and professional life in her most candid and revealing interviews ever.

Produced by World of Wonder (“RuPaul’s Drag Race,” “Million Dollar Listing”) and directed by award-winning filmmakers Fenton Bailey and Randy Barbato ("Eyes of Tammy Faye", "Party Monster", "Becoming Chaz", "In Vogue: The Editor's Eye"), the 90-minute documentary will go inside the excitement, preparation and emotion as the headliner works towards the show that is poised to break new records for the megastar once again.