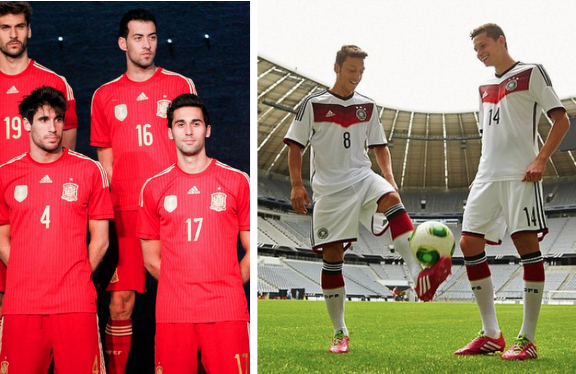 There's still seven months until the World Cup, but Adidas has already ensured that Germany, Japan, Colombia and Mexico will have something to wear during the tournament (if Mexico qualify, that is). Each one contains symbolic touches that are only revealed upon closer inspection when you have far too much time on your hands. And since we're currently in an international break, we've got plenty of that. 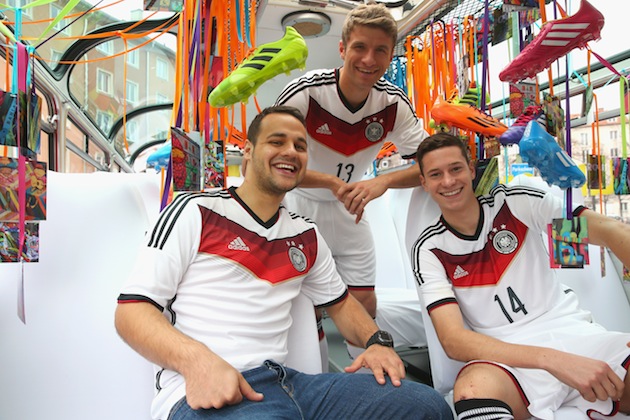 Germany's new kit (pictured above) features three shades of red, an "interpretation" of the German flag, across the chest and a change from their usual black shorts to white. 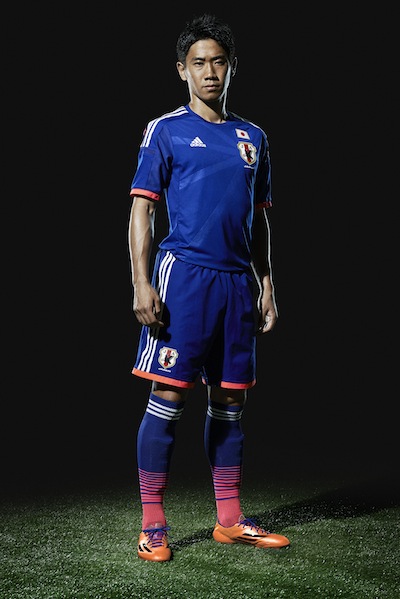 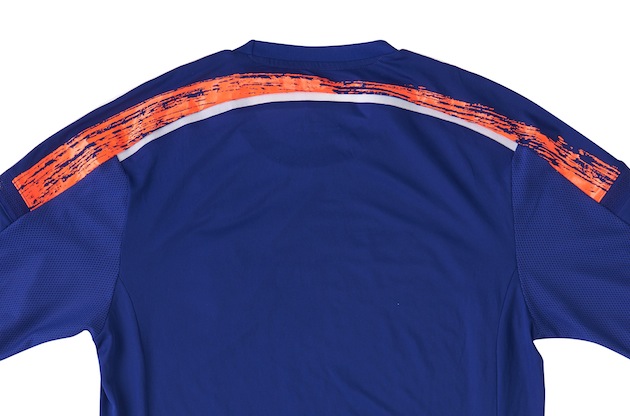 Japan's features 11 lines emanating from the JFA emblem, "expressing the way those players depart from the 'enjin' (huddle) to their respective positions on the pitch for battle." A line across the back of the shirt was designed to form a circle when the players are in a huddle. 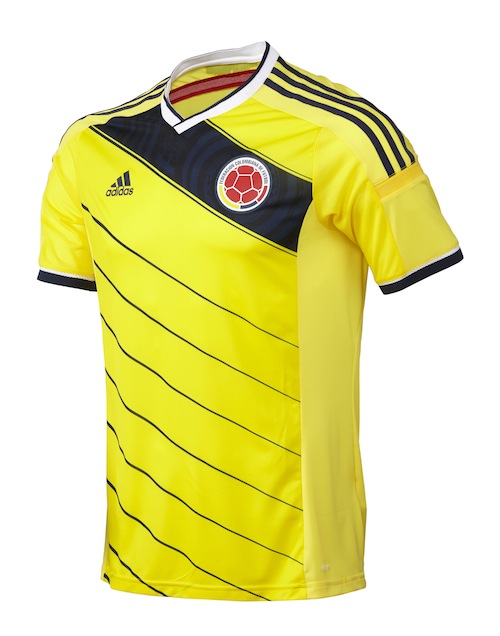 Colombia's shirt includes the design of a sombrero vueltiao —a national symbol — in the thick blue stripe across the chest. It also has the national bird, an Andean condor, just below the collar on the back with "#unidosporunpais" (united for one country) emblazoned on it.

And there's Mexico, who have already worn their new kit out of fear that they would have already been eliminated from qualification. The superhero-ish design on the front of the shirt is only described as "a graphic element expressing the strength, passion and pride of an entire nation." In other words, they went generic on this one so they can use it again for other disappointing teams. 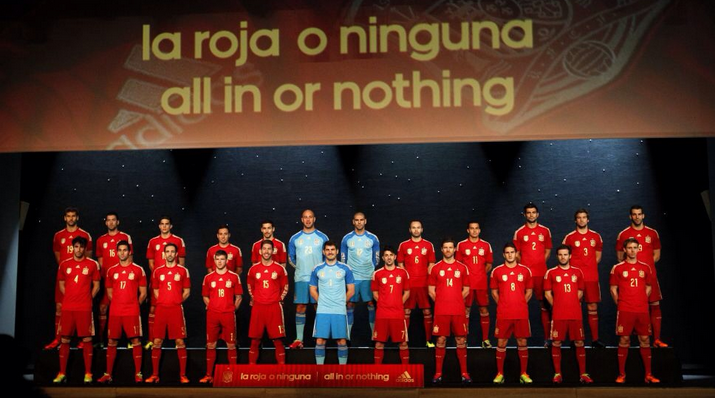 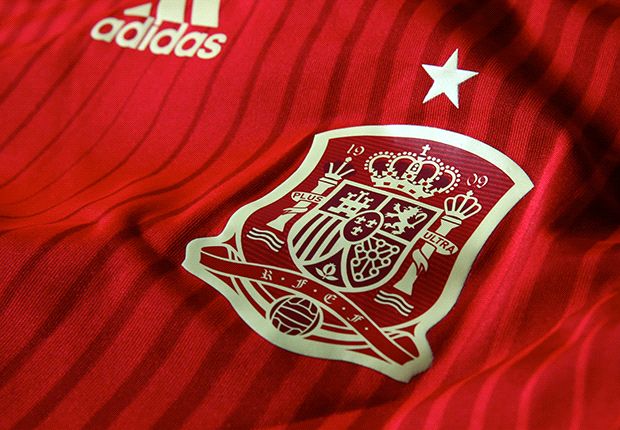 La Roja will don all-red attire when they head to Brazil next summer as reigning world and European champions. Spain have revealed a brand new kit which they will wear at the World Cup finals next summer. They have ditched their usual blue shorts and socks in favour of an all-red outfit, causing criticism from those who saw no reason to change from tradition.

The reigning world champions secured their spot in Brazil by topping Group I in Uefa qualification.