The 6 Best-Dressed Men on TV

TV men are under-appreciated when it comes to the wardrobe department, unless you’re Mad Men‘s Don Draper or one of the guys from Suits (it’s in the title). So we thought we’d highlight some of the male characters on TV that put some thought into what they wear, and are a little more unconventional compared to your Don Drapers of the universe. 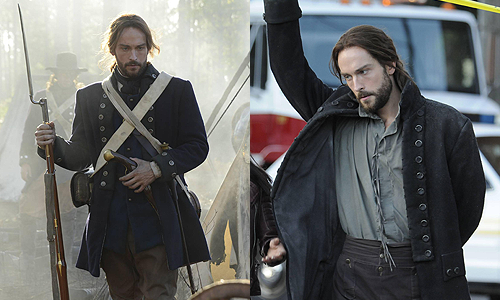 Ichabod may only have one outfit, and he may be long overdue for a shopping trip (that will probably lead into a rant about consumerism), but you know what – he looks great. Sure, his thick Revolutionary-era military coat and little green hair ribbon are a little out of place for a mid-size city in modern day New York, but that only serves to make the man’s signature look stand out amongst the masses. We foresee many a hipster taking a page out of Ichabod’s fashion magazine. 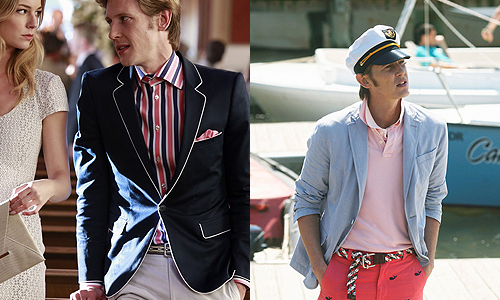 Millionaire Nolan Ross (Gabriel Mann) thinks he’s going sailing, so he wears salmon-colored pants with tiny whales on them and completes the outfit with a little sailor hat – and he actually manages to pull it off. He consistently wears two polos in matching colors and then pops not one, but both of the collars. At this point I’m not even sure if he’s doing it ironically to mock the Hamptons community or if he actually likes dressing this way. Either way, he is a fashion god. 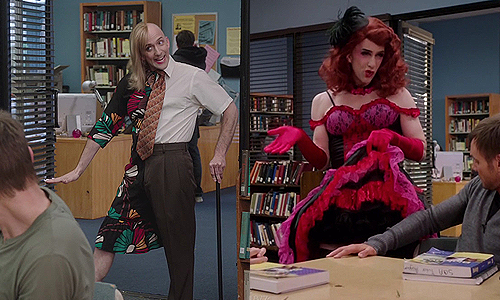 It’s a running gag on Community for the dean of the college to sashay into the group’s study room singing a pun and wearing a colorful outfit to match. And we’ve enjoyed every new ensemble that the Dean comes up with. Favorites include (but are in no way limited to): Uncle Sam from “Intro to Political Science”, Feline AIDS Awareness Catwoman from “Paradigms of Human Memory”, and Duali-Dean from “Virtual Systems Analysis.”

[READ MORE AT THE SOURCE]