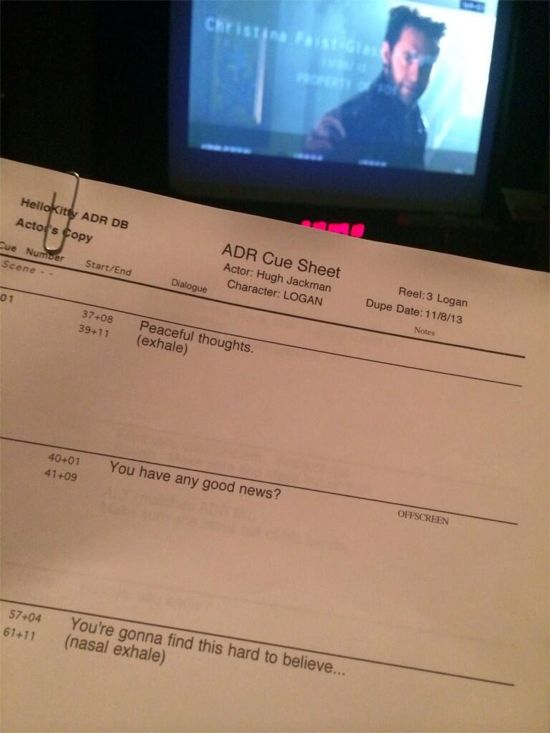 As he is prone to do from time to time, X-Men: Days Of Future Past director Bryan Singer has shared some more behind the scenes info about his upcoming X-Men movie with his fans on Twitter. Singer tweeted the photo above, along with the text, “A little pre-looping session by remote satellite. @RealHughJackman @ShuDonner.”

The image shows a brief bit of dialogue involving Logan (aka Wolverine), who is played by Hugh Jackman. While it’s unclear who Logan is talking to, the “HelloKitty” that appears in the left hand corner could be a clue. The “HelloKitty” likely has nothing to do with the cartoon character, but it could be a reference to Kitty Pryde, who is played by Ellen Page. Singer also reveals a new image of Wolverine from the film on the monitor in the photo.

X-Men: Days Of Future Past is scheduled to be released in movie theaters on May 23, 2014.