Simon Cowell Keeps One Direction From Turning Into ‘Nightmares’ 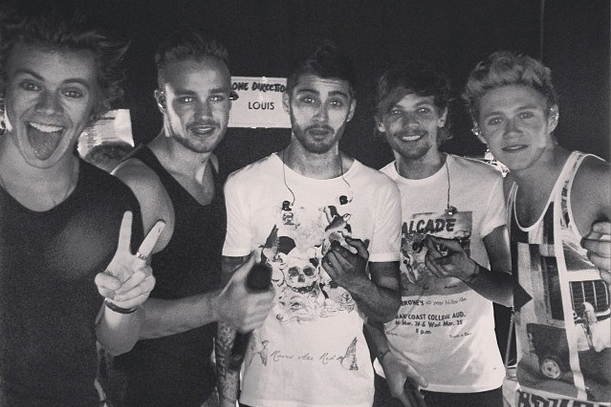 The One Direction guys are at the very peak of their careers, but is band creator Simon Cowell afraid their overwhelming success will go to their heads? ‘They can turn into nightmares,’ he tells Hollywoodlife.com.

Simon Cowell couldn’t be happier about One Direction’s success over the years. And even though the X Factor judge has seen what this kind of fame can do to young artists, he says he’s not worried about his friends Harry Styles, Niall Horan, Liam Payne, Louis Tomlinson, and Zayn Malik – because he knows “they are good.” Read on for all the details!

One Direction is so excited to release their third studio album, Midnight Memories, but it sounds like their former mentor doesn’t want the boys to get ahead of themselves just yet!

“I have a good relationship with them, ” Simon, 54, tells HollywoodLife.com.“But a third album can be tricky because they’ve had so much success and are so young and they can turn into nightmares. I see that in the media all the time when kids get out of control, but they are good.”