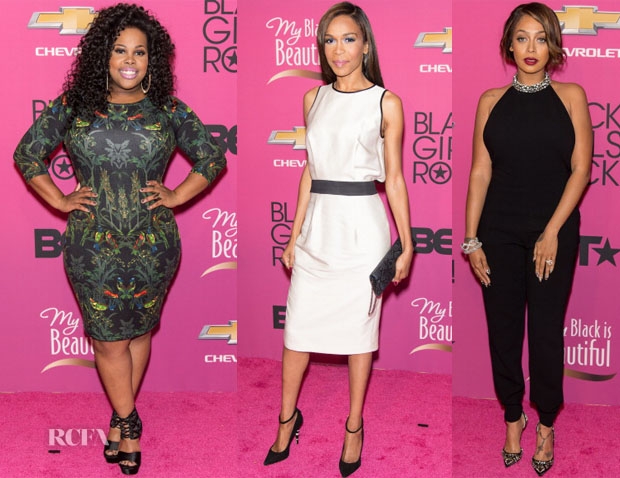 Since 2006, Black Girls Rock, Inc. has celebrated the personal development of young African-American women and embraced those who make invaluable contributions to their communities. However, not everyone was feeling the love during the annual broadcast of the star-studded celebration on BET Networks Sunday night.

Using #WhiteGirlsRock, some users clapped back at the trending #BlackGirlsRock hashtag by characterizing the event as racist in itself.

“It's funny that if this hashtag was #WhiteGirlsRock instead of #BlackGirlsRock it would be considered RACIST,” one user tweeted, as shared in a scathing rebuttal written by Huffington Post blogger Olivia Cole on Monday.

Cole, who is white, dug into the issue of the lack of diversity in television, movies other media forms, calling for detractors to open their eyes to the grim reality around them:

“Let me tell you something, white folks. From one white person to another. You are in everything. 99 percent of Hollywood movies feature your faces. 99 percent of magazine covers are covered in you. The Emmy Awards and Oscars are almost entirely you. If you Google "beautiful people" the screen is covered in white faces. Black girls (and boys) are taught from birth that there is one version of beauty, and it is you.

Many Black girls go their entire lives thinking they are ugly, thinking they need to be lighter, straighter, whiter in order to have value. Everything that you see every day that reaffirms your whiteness; every commercial that has a nice white lady embodying the perfect "mom;" every magazine that has blue eyes and bone-straight hair; every Hollywood blockbuster that has a leading lady with skin never darker than Halle Berry... all of these things are reinforcements of your identity that you take for granted.”

Nobody has ever had to say #whitegirlsrock b/c that idea has almost always been around. Why be offended b/c someone else is being praised?

it would be amazing if the folks who trended #whitegirlsrock were tuning into this.

What if @MTV produced a show called #WhiteGirlsRock then we would had all kind of racist forums but its ok for #BlackGirlsRock huh @BET...?!

Exactly. RT @myrandafay: That #blackgirlsrock show is so racist. Where is the #whitegirlsrock show? Oh right, NAACP would be all over that.

There's a show #blackgirlsrock , when will they make one called #whitegirlsrock ? I'm guessing never , that would be discrimination right?!