Doctor Who Round Up: Joanna Page's Frozen 10 Kisses and Moffat's Making You Work for Your Clips 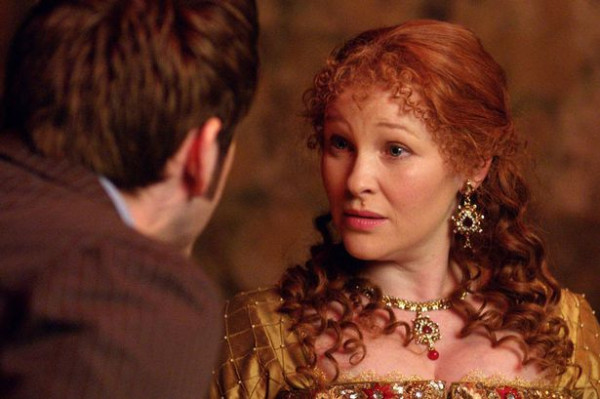 Actress Joanna Page has revealed how dramatic new Doctor Who kissing scenes were far from romantic and left her feeling blue. Gavin & Stacey star Joanna, 35, plays Queen Elizabeth in the 50th anniversary Doctor Who film later this month and stars alongside David Tennant who returns to play the Time Lord with current star Matt Smith.

Joanna said: “Filming the romantic scenes were quite difficult because my first day was on top of a mountain in Neath. It was absolutely freezing, it was blowing a gale and David, the Tenth Doctor and I, are having a picnic. So I’m lying across him and he probably couldn’t breathe, because I’ve just got this massive costume on, and he’s feeding me grapes as I’m just desperately shivering.

“You’ve got to try and play it romantic and relaxed, when actually you’re freezing cold. I think our lips were turning blue and I stopped feeling my hands. The next day, because it had been so cold with the wind my hands were bright red and all blistered because they were so chapped. So everyone is probably jealous, thinking she gets to kiss the Tenth Doctor and it’s all romantic, but it’s not; my lips were numb and my hands were chapped.”

We can reveal the Doctors Matt and David will work together in a storyline in 2012 when something terrible is awakening in London’s National Gallery and in 1562, a murderous plot is afoot in Elizabethan England. Elsewhere, somewhere in space an “ancient battle reaches its devastating conclusion”.

A BBC spokesman added: “All of reality is at stake as the Doctor’s own dangerous past comes back to haunt him.”

Jenna Coleman, who plays Matt’s current sidekick Clara Oswald noticed Matt and David were vying to be the best Time Lord. She said: “I think there’s a competitiveness in them that kind of brings out the best in the Doctor. You see it on set that they are so totally different Doctors, but they just complement each other. They make fun of each other mercilessly.”

Executive producer Steven Moffat added: “It was eye twisting at times. You don’t quite realise how these two men have become hard wired into your brain as the Doctor. Matt and David got on so well and their interaction on screen is a sublime double act. Matt said to me, ‘It’s a bit like Laurel and Laurel. It’s like Hardy didn’t turn up’. They are absolutely great together. Sometimes very, very, different, other times in moments they choose together they are exactly the same.”

* The Doctor Who 50th anniversary film, The Day Of The Doctor, will be screened on BBC1 and selected cinemas on 23 November 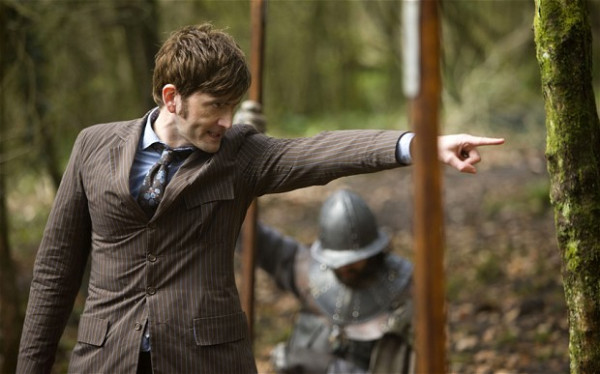 Ahead of its broadcast on 23 November, Doctor Who writer Steven Moffat and the cast have revealed tantalising new details about 50th anniversary special, The Day of the Doctor. Steven Moffat, the show’s lead writer and executive producer, said that the experience of writing the anniversary special was “exciting and terrifying – everything that showbiz should be.”

Moffat’s previous comments that the episode “will change the narrative in a big way” encouraged speculation that writers have found a solution to the fact that the Doctor can only regenerate twelve times. He has now further added to this by saying, “This should be the next step on the journey, guaranteeing the 100th anniversary”.

He said: “The story focuses on the most important thing that ever happened to the Doctor. We very rarely do that in Doctor Who as it’s usually about the people the Doctor meets or the companion that travels with him. This time it’s different.”

In terms of a synopsis, the official press release says: “In 2013, something terrible is awakening in London’s National Gallery; in 1562, a murderous plot is afoot in Elizabethan England; and somewhere in space an ancient battle reaches its devastating conclusion. All of reality is at stake as the Doctor’s own dangerous past comes back to haunt him.”

Moffat clearly has the Doctor’s future firmly at the front of his mind in the anniversary special, saying, “I didn’t want this to be a celebration of the past.” Instead, it focuses on a “celebration of the mythology of the legend of the Doctor”. The series will make use of 3D in the special episode, with Moffat saying “it had to be part of the plot”. He says that another goal was to “make 3D a bit scary”. “I wouldn’t say it’s in every scene, but there is an element of the show that exploits the fact of 3D.”

As well as innovative 3D, the episode features nail-biting action stunts, including Matt Smith hanging from a wire under the TARDIS, 90 feet in the air. “They used the biggest crane I think they had ever brought to Trafalgar Square. I really had to persuade them to let me go up,” Smith said.

David Tennant relished the chance to have his Doctor come face to face with Smith’s, describing the scenario as “delicious”, “completely new” and “not something you come across in a lot of drama”. However, he revealed that the making of the episode was not without its worries. “You put aside the idea that you’re making a moment in television history. The pressure of that would sort of paralyse you really,” he said.

Joanna Page revealed that her character, Elizabeth I, will share an amorous moment with Tennant’s Doctor – but that freezing filming conditions did not lend themselves to romance.

“Everyone is probably jealous, thinking she gets to kiss the tenth Doctor and it’s all romantic, but it’s not; my lips were numb and my hands were chapped,” she said.

The 75 minute special episode will be shown on BBC One on 23rd November, as well as being simulcast in cinema screens in 75 countries across the world. Many fans were left disappointed after tickets sold out for UK screenings almost immediately. 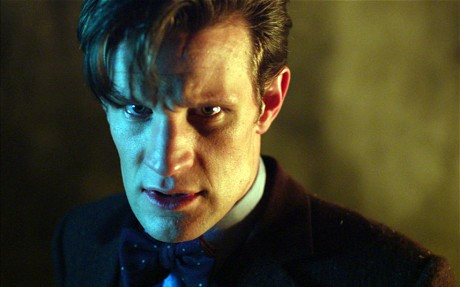 The BBC and BBC Worldwide have launched a new interactive Doctor Who website powered by fans.

By uploading content to www.doctorwhosavetheday.com, fans can unlock five sneak peek clips from 50th anniversary special 'The Day of the Doctor'.

Fans can then either upload their content - including videos, stories and pieces of art - through the site or explore existing content by navigating around the 3D, golden TARDIS.

The site will also build over time, as the official 50th hashtag #SaveTheDay is used more online.

Messages of support for the Doctor will be featured on the site and the more content that is uploaded, the quicker the five special clips will be unlocked.