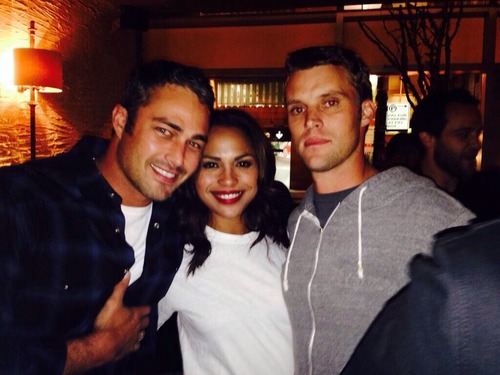 
Yes, you heard right! Chicago PD is getting a VERY warm Welcome from NBC! Law and Order SVU will not only be the New Chicago Fire Spin-off Lead in, but also crossover into Chicago to help with a case! The TV Guide Exclusive Interview with executive producer Matt Olmstead, explains the strategy.

When a Crime Spree starts in New York and seems to continue in Chicago, the CPD Detectives will find themselves sharing the case with two Detectives from one of the Longest Running Crime Dramas on Television, Law and Order SVU. Ice-T plays Detective Odafin “Fin” Tutuola on the Hit NBC Drama that has stood the test of time for 15 Seasons! Kelli Giddish will appear in the Special Crossover episode as Detective Amanda Rollins. Fin and Rollins will lend their expertise to the Chicago PD Detectives all hot on the heels of a serial rapist/killer who appears to have carried on his spree in a city already overflowing with drama! 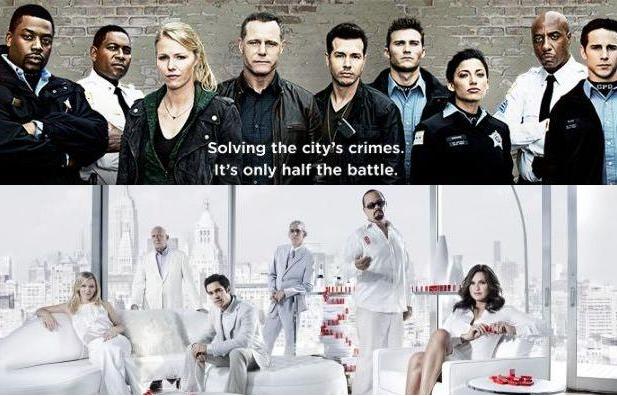 How well do you think Detective Voight (Jason Beghe) will work with these veterans who have dealt with Sex Crimes for so many years? One thing I’ve learned about this dirty detective is that he can be a real charmer when it suits him and deadly if it doesn’t! It looks like there may be plenty of cross-overs coming our way when the new series gets established next year!

One of the things that helps to cement a new Crime Drama is to include figures that the public is already familiar with, and Dick Wolf is the master of Spin Offs and Cross-over episodes. While Chicago Fire fans were eager to see their favorite characters cross into Chicago PD, there’s a whole new set of fans waiting to see how the SVU cross-over will go!

Chicago Fire has captured the hearts and minds of millions of Americans who can’t wait for the next episode, set to air (finally) next week! Chicago PD fans will have to wait until January to see how the cast and crew have built the New Spin-off, Chicago PD. The SVU/CPD Crossover episode should air sometime after The Winter Olympics, coming to NBC February 6th, thru February 24th, 2014 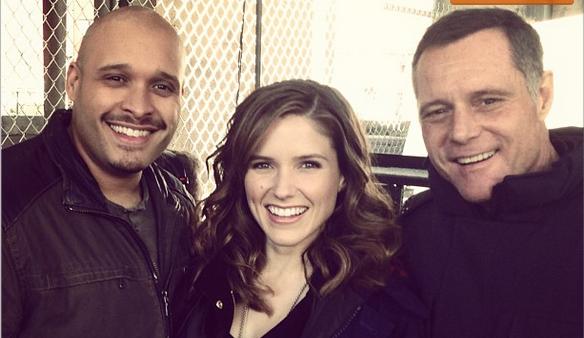 Here’s the Latest News from NBC on the Upcoming Chicago Fire Spin-off, Chicago PD. I’m counting on all you ChiFi fans to make Chicago PD as successful as you have the Hotties of House 51! The great news comes to us from SpoilerTV so give them some Love as well and share the news with your friends on Tumblr, Twitter and Facebook! We don’t Grow unless you share the Good News!

Here’s the First Official Photo from @NBCChicagoPD on Twitter! 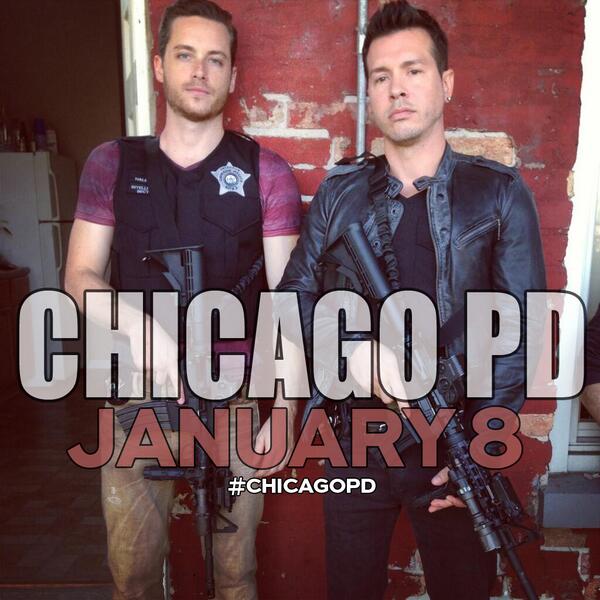 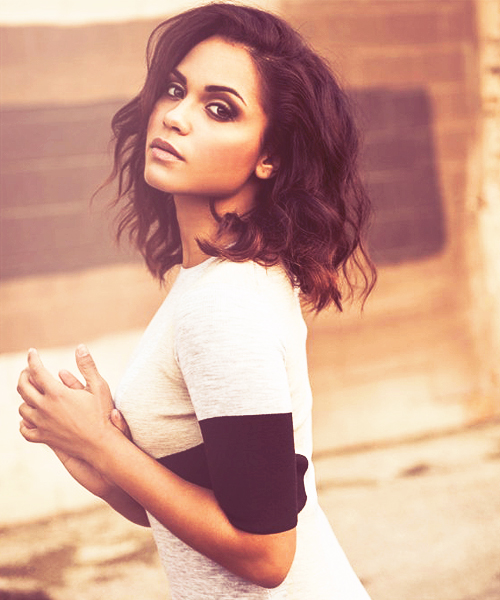 As Chicago Fire’s hardnosed paramedic Gabriela Dawson, actress Monica Raymund doesn’t mind getting her hands dirty—on the street or behind closed doors. During the show’s first two seasons, Dawson was the focal point of a heated love triangle and now she’s having “fun” with an undercover cop. Who says it’s all work and no play? Not Dawson! Here the lovely Dominican and Jewish actress speaks about her fractured friendship with Shay, her trysts in the series and her love of everything sci-fi.


A few episodes ago, you and your paramedic partner, Shay (Lauren German), got into a fight. Will that relationship ever be the same?

We definitely stay in a fight because she goes off the handle and making bad decisions. And she continues to treat me poorly. But essentially we figure out how to come back together again. The Shay/Dawson love is never going away. She’s my best friend.

You were involved in a love triangle last season with Casey (Jesse Spencer) and Mills (Charlie Barnett). This season you’re with Jay (Jesse Lee Soffer) the cop. Any new love developments?

I think Mills is done. They had their moment and for Dawson her friendship with Mills is as far as it’s going to go. I don’t think Jay is the love of her life but I think she’s having a fun time with this guy who makes her feel sexy. With Casey, I think there will always be a candle lit for Casey. And we’ll start seeing in a couple of episodes whether or not Casey and Dawson start flirting with the idea of hooking up. There is definitely hope for Dawson. She’ll always be in love with him. But I will say she does find herself in a little of a predicament but not in a love triangle.

What kind of preparation do you do for Chicago Fire?

We did ride alongs in ambulances for a few weeks before we started filming Season 1. We did a bunch of training at the Fire Academy. We went along with the real paramedics and went into simulation labs where we would work on dummies administrated IVs, various operations and medical stuff we do on the show. We work with a paramedic consultant every week.

When I’m watching the show, I think to myself, Is there really that many huge fires in Chicago and why is it this firehouse always responding?

(Laughs) The way that it works every firefighter house belongs to a district. So we would respond to a call within anything that falls under our jurisdiction. But for example, there is a huge episode coming up where there’s a train collision and throughout the whole episode the entire firehouse plus other ambulances and firehouses that we called to help. When I talk to the firefighters and paramedics of Chicago they say there is definitely seasons. They see ebbs and flows of accidents that happen. But overall the show is pretty consistent.

The show is full of testosterone. Who’s the hottest firefighter?

Oh man! I think Warren is the hottest paramedic. I really like Jesse (Spencer) he’s pretty hot. If you’re into that kind of thing.

As a Dominican and Jewish woman, what do you think is the strongest similarities between both cultures?

I think the similarities lie in the importance of family and tradition in both cultures. The thing I love the most about being both Dominican and Jewish is that family is always first no matter what God you believe in or what religion you practice. I really appreciate that sense of loyalty to your family and community as well.

Do you refer to yourself as a Jewminican?

I call myself a Jewminican. On record!

You’re a huge sci-fi fan. What are some of your favorites?

Obviously, Ender’s Game; I worship [author] Orson Scott Card. I’m really nervous about the movie and I think it’s going to be terrible. [Editor’s Note: This interview took place before Ender’s Game was released in theatres]. You can quote me on that. George R. R. Martin of course and Game of Thrones. It’s hard for me to watch the series because I love the book.
Tags: interview, law and order (nbc), television - nbc
Subscribe
Previous
← Ctrl ← Alt
Next
Ctrl → Alt →
Previous
← Ctrl ← Alt
Next
Ctrl → Alt →