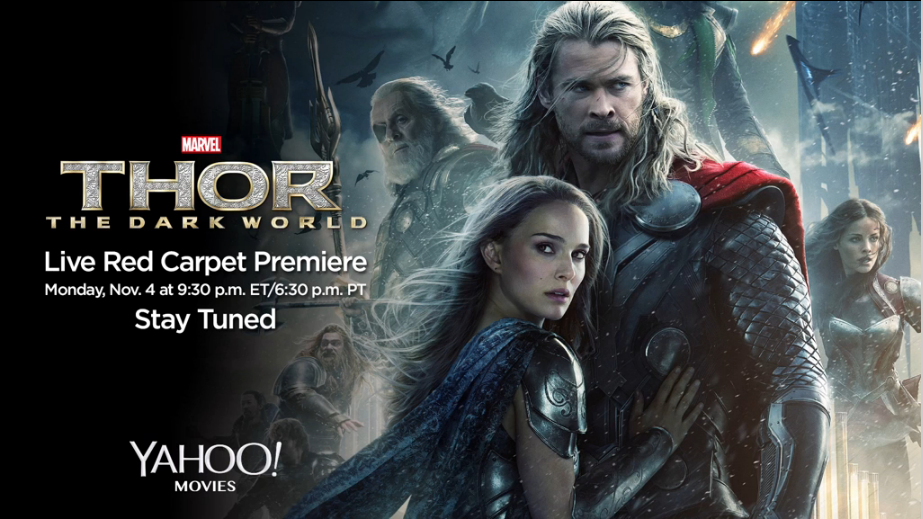 As both Marvel Studios and Warner Bros. have been doing with their major superhero film premieres since Marvel’s The Avengers, tonight’s U.S. premiere of Thor: The Dark World will be broadcast live online.

Yahoo! will support the webcast, which you can watch embedded below.

It will also have a simultaneous liveblog running underneath it at the official event website, not unlike the one that’s just wrapping up for The Hobbit: The Desolation of Smaug.