How Celebrities Fared in the 2013 New York City Marathon 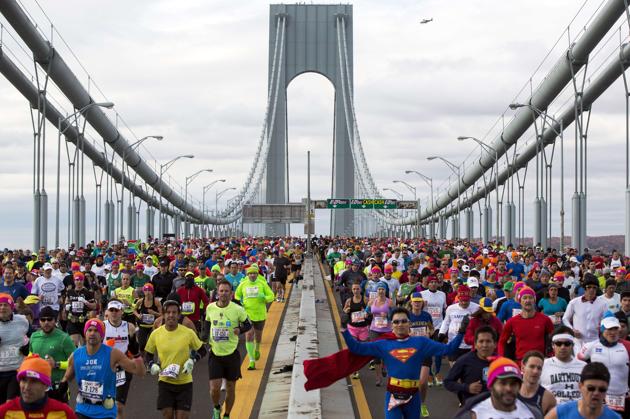 A record 50,740 runners started in Sunday's New York City Marathon, rubbing shoulders with a handful of celebrities, many of whom used the race as a platform to support charities. From fastest to slowest, here's a quick rundown of their races.

Ran NYC marathon today in honour of my mum. 3hrs 19mins."If you can fill the unforgiving minute with sixty seconds worth of distance run..."

Andy Baldwin, 36, 3:17
Baldwin, a senior medical officer on the USS Makin Island and star of the TV series The Bachelor in 2007, ran his fastest New York City marathon yet, for two causes: to spread the message about diabetes through his “Kick it to the Curb” campaign and to support Camp Interactive, a New York City-based not-for-profit organization that brings technology education infused with leadership skills to inner-city youth. "I noticed that the race was more focused on the community this year," Baldwin, pictured above, said of his fifth race through the Big Apple and 47th marathon overall. "There were more fans out this year than ever before. It was a good day. I was happy to run my best New York time and do it for good causes." 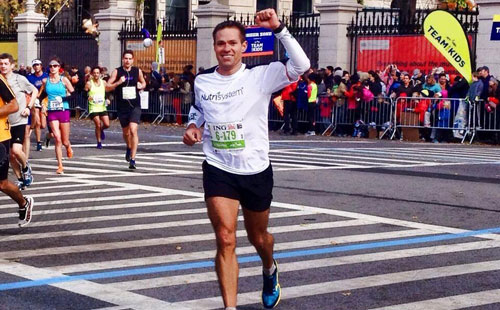 Summer Sanders, 41, 3:24
The Olympic champion swimmer, who finished April's Boston Marathon in 3:33.13, crushed her goal of running sub-3:30, running 3:24, "a decade PR." The TV analyst, speaker, model, mom, and serious runner was featured in the November issue of Runner's World.

Patrick Wilson, 40, 3:32
An actor who appeared in the films The Conjuring, Insidious 2, and Young Adult.

So proud of my gorgeous husband. You did it @patrickwilson73 @TEAMFOX pic.twitter.com/yw4j0jJk9c

Christy Turlington Burns, 44, 4:35
The supermodel and second-time marathoner ran for Every Mother Counts, an organization that supports safe pregnancies and childbirth for mothers worldwide. Burns ran the 2011 New York City Marathon in 4:20:47. 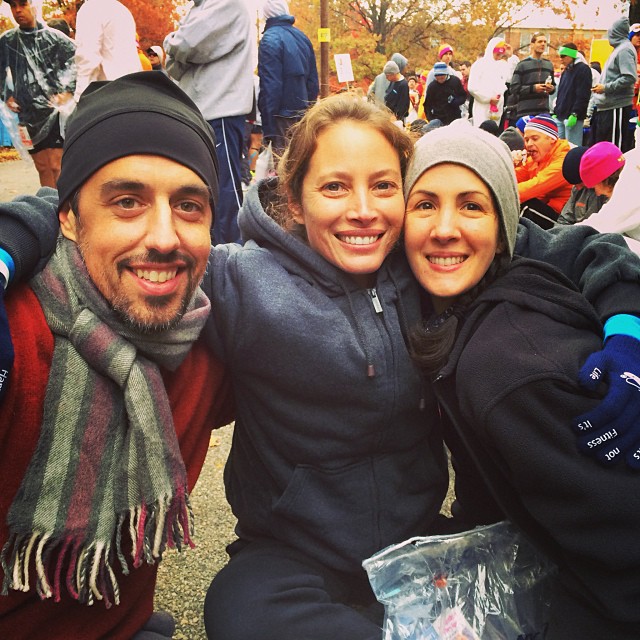 This is how we keep warm while we wait! #nycmarathon @everymomcounts #runemc
Bill Rancic, 42, 4:57
Rancic, the first winner of the show "The Apprentice," started his 26.2-mile journey in dead last, moving his way forward through the masses. His goal? To beat as many runners as possible. Each runner he passed earned him $1 that Timex will donate to Fab-U-Wish, a charity that treats women battling breast cancer to a day of indulgences. (We'll include his overall ranking once official results are available.)

Pamela Anderson, 46, 5:41
The Baywatch television star and model, who ran her first marathon with her signature blonde hair tucked back in a blue baseball cap, finished the race for the J/P Haitian Relief Organization, a non-profit organization founded by the actor Sean Penn.