What The U.S. Would Look Like If It Mirrored The Main Characters On Prime-Time Network Television 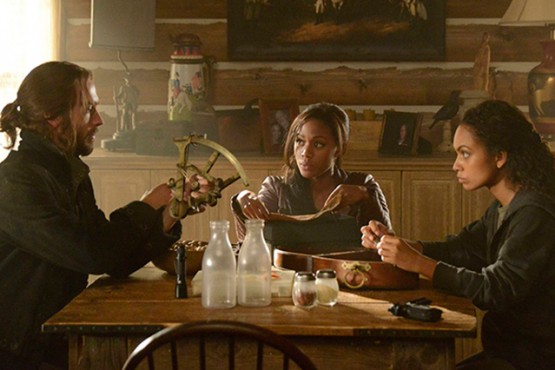 On Friday, the comedian Wyatt Cenac tweeted the link to the New York Times‘ review of NBC’s new Dracula series with the note “No disrespect to monsters, but it’s weird that there are more TV shows starring vampires than starring minorities.” That’s not quite accurate–and some of those vampires are people of color, of course, but it got me thinking. What would the world look like if the population reflected the composition of prime-time network television?

So on Friday, I did a quick run-through of the casts of scripted prime-time shows on the big four networks, NBC, ABC, CBS, and Fox. My attempts to define main characters means that my count is a little bit rough. In ensemble shows, I counted all the adult characters, and in other cases, I counted the characters that I thought most viewers would clearly identify as the leads. Simply for the purposes of illustrating the depth of the disparity, I tried to give shows the benefit of the doubt in counting characters of color as main characters–these numbers are actually a little more generous than they might have been.

It’s not surprising that the results show a distorted picture of the U.S. population. But at least there are more main characters of color on network television than there are vampires, Grimms, and robots?

-Half the population would be white men.

-Five percent of the population would be black men.

-Just 1.9 percent of the world would be Asian or Latino men.

-Overall, 57 percent of the population would be men.

-34 percent of the world would be white women

-3.8 percent would be African-American women

-And 3.8 percent would be Latino or Asian women

-31.8 percent of the population would work for the police or some sort of federal law enforcement agency.

-2.6 percent of us would be criminals.

-1.9 percent would be supernatural creatures or robots.

None of these figures probably come as much of surprise to any of you who follow the continual debates over television’s lack of diversity. But they do come at an interesting moment when TV, desperate to find the bottom on what appears to be a cratering business model, is reconsidering its approach to casting.

Deadline’s reported that Fox, which has a genuine hit on its hands with Sleepy Hollow, which stars Nicole Beharie as Detective Abbie Mills, making her the second African-American female lead on television, and backs her up with a deep and diverse supporting cast, is now treating racial diverse as an important business metric. “Not only are you going to have more chances of a show being made here, more chances of a show being a success on TV, more chances of making it into syndication, more chances of a show selling globally and making you millions of dollars, but you are going to bring more viewers to our air and keep us in business,” Fox Broadcasting COO Joe Earley apparently said at a meeting with showrunners and other business figures last week.

It appears to have been direction that Brooklyn Nine-Nine showrunner Michael Schur took seriously. “The New York City police force is roughly 50 percent Caucasian and roughly 50 percent non Caucasian. So we used that as our guideline. If we want this to look like a Brooklyn police precinct, that’s what it needs to look like,” he said at the Television Critics Association Press Tour this summer. “Our characters’ names were very generic names in the script at first. They were like Meghan and Amy and whoever, and we auditioned people of, I would say I don’t know eight different ethnicities for a lot of the characters and just cast who we wanted, and this is the cast we wanted.”

And the University of California Los Angeles Ralph J. Bunche Center for African American Studies is publishing the first in a series of studies aiming to demonstrate the relationship between diversity in front of and behind the camera and television ratings. I’d take the first set of findings with a grain of salt, because they only look at ratings from a single season, 2011-2012, and it doesn’t examine reality television. And the researchers don’t exactly have causal data–you’d need year-on-year numbers, and evidence that shows’ ratings fluctuate when the number of minority writers or minority characters, both factors that the Center is considering, changes.

But even if that effort has a ways to go to prove everything it would like to demonstrate, the Center’s research and Fox’s message to showrunners have something important in common. They’re shifting the conversation about diversity from questions of values and social obligations to conversations about profitability. That’s a discussion that’s been a long time in coming in movies, and that has made numerous projects into litmus tests for whether black audiences can drive movies aimed squarely at them, rather than considering African-American viewers as an important potential demographic for every movie. Television networks, Fox and Showtime among them, have often used shows aimed at African-American and Latino audiences to build their status as major players, before turning their attention to white characters and white audiences. But if they’ve arrived at the conclusion that all viewers are equally valuable, all the time, that’s an important realization. The test of the depth of that understanding, and the networks’ commitment to implementing it, will be in the world they put on screen going forward.