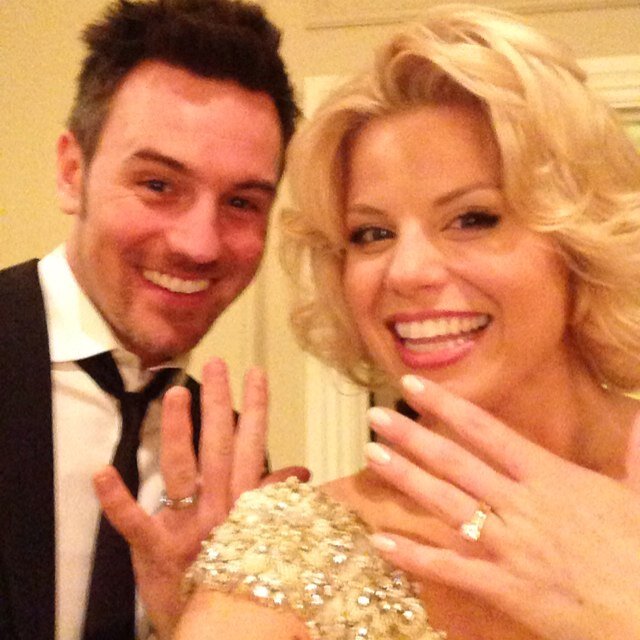 Megan Hilty and Brian Gallagher were married in an intimate ceremony at the Venetian chapel in Las Vegas on Saturday night, PEOPLE has exclusively confirmed.

Gallagher, 33, is an actor and currently working on a solo album of original material. Hilty, 32, continues to tour the country with her concerts. She also stars on NBC’s Sean Saves The World.

The bride wore a Badgley Mischka dress, and the groom wore J Lindeberg.

“We were so excited to be married that we skipped the engagement altogether!” said Hilty.

The former Smash star and Gallagher met at a fitness class when they were both working on Broadway.

The newlyweds won't have time for a long honeymoon – they're set to perform together at WitZend and the Catalina Jazz Club in Los Angeles on Nov. 21 and 22.


I married the love if my life tonight at The Venetian Chapel in Las Vegas!!!!! @BrianGGallagher @VenetianVegas #HeLikedItSoHePutaRingOnIt

So happy for her. She's the cutest