For ESSENCE's December issue, Entertainment Editor Cori Murray caught up with the lovely Gabrielle Union, star of the highly anticipated new BET series, Being Mary Jane, which launches on January 7. 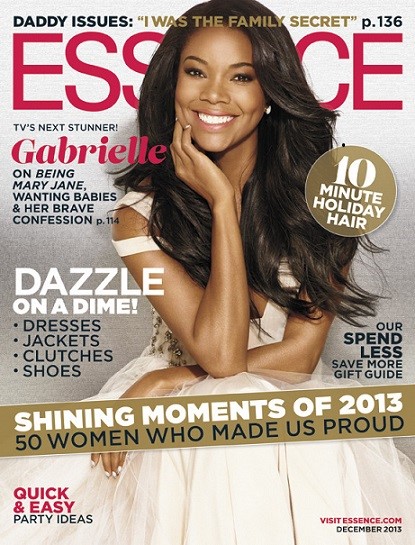 While the actress has lost roles to her industry peers—most notably,Scandal to Kerry Washington—Union now understands how rejection has positioned her for success.

Her audition for the lead role in Jumping the Broom, which eventually went to Paula Patton, impressed director Salim Akil so much that he knew she'd be a perfect fit for his wife Mara Brock-Akil's latest project. Audiences agreed, and the TV movie, Being Mary Jane, earned 4 million viewers and critical praise for the portrayal of a female Black lead who is both complex and dynamic, as well as a sexual being—not something we get a lot of on TV.

"It would be easy to label Mary Jane a freak...but enjoying sex doesn't make you a ho," says Union. "I hope [Being Mary Jane] widens the conversation. I hope people will be more forgiving of those who explore their sexuality unapologetically."