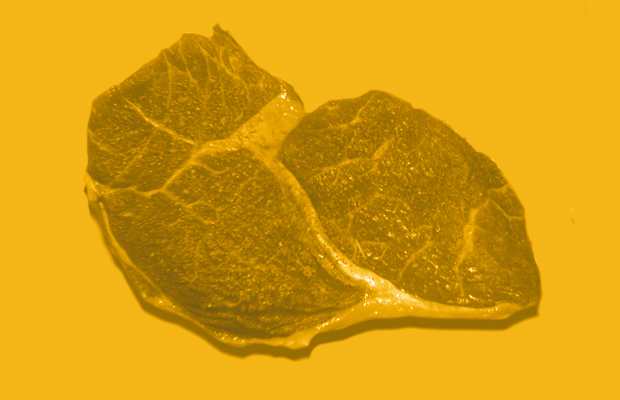 Nothin's been the same since they dropped "Control." Rap Beef is back in the news. (Or well, at least, Rap Battling. Seems like a stretch to call what's happening right now "beef.") Kendrick named names. Everyone from Papoose to Joell Ortiz to Meek Mill responded. Kendrick noted the similarity between comfortable loungewear and pajamas. Yes, Drake said he didn’t care about going platinum because he just looked at his wrist and saw that its already platinum. Yes, A$AP Ferg and Gucci went back and forth over the comparative stress levels of “lords” vs. “gods.” It’s a competitive atmosphere! And this is good! For the most part. Sadly, like all good things, rap beef has its bad side, too. (Hey, a side of beef!) For every great beef that yields great music, for every Jay Z-vs.-Nas, there are a thousand Drake-vs.-Commons. Beef that seems, well, corny. (Hey, corned beef!)

Don't get us wrong. This Kendrick vs. Drake thing could get really interesting. We hope it does. We hope lots of great music results. (We also hope, as it is always important to say, that it all stays entirely on wax.) But considering the current conversation, we figured its a good time to update we picked through the 30 5 Corniest Rap Beefs Ever. 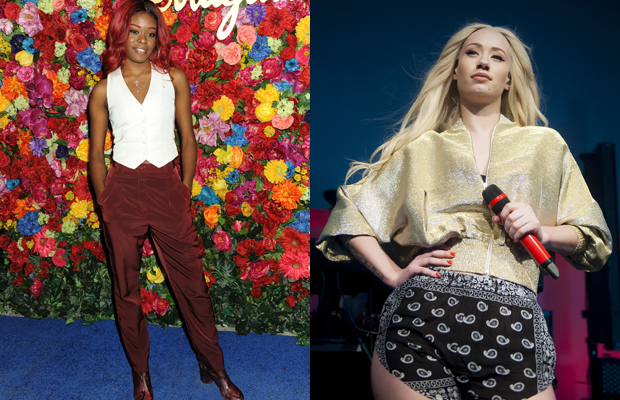 This beef has gone on forever, and has lots of twists and turns. It also barely/rarely involves actual music, and instead has a lot more to do with Twitter rubbernecking from uninvolved parties who like watching rappers beef on social media. Primarily, through a string of interview quotes and Twitter @'s, the Azalea vs. Azealia battle has forced us to double-check the spellings of these rappers' similar names numerous times.

According to an interview with Iggy, it started when Banks claimed to have called herself a "Barbie" before Nicki, and had a song called "Pussy" before Iggy Azalea. Iggy responded on Twitter, and since then it's been a downward spiral of shots fired after shots fired after shots fired. What does this have to do with music? Very little, although Banks' comment about Iggy calling herself a "runaway slave...master" is pretty on point. Either way, caring about this beef is a net loss for the internet, because it feels super petty. 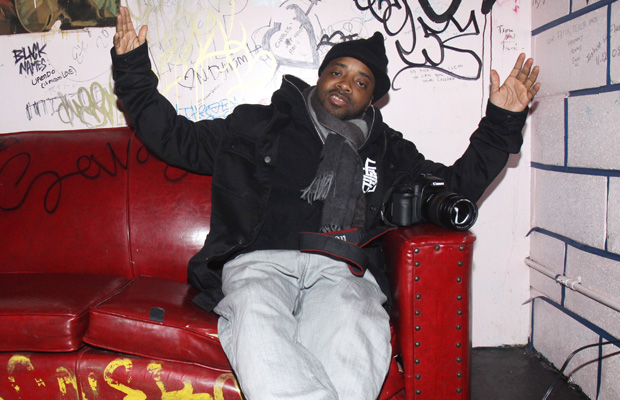 Just for the record, none of these producers are particularly amazing rappers-yet for some reason they keep throwing diss tracks at one another. It all started when Dupri said, in the November 2001 issue of XXL, that he was the best producer around, calling out Dre and Timbo by name. The Doctor responded first, referring to JD as "Mini-Me" and saying, "When I see you I'ma step on you, and not even know it, you midget." (Another choice line: "Over 80 million records sold, and I ain't have to do it with ten or eleven-year-olds.")

Dupri, who initially said there was no beef, then hopped on a few Dr. Dre instrumentals for "JD's Replay," a melange of disses that are so bad they're barely worth printing. (Like, "See I know you don't do half the work in the studio/Plus you like lettin' n****s play with your booty hole." Honestly? Honestly.) Dre and Em responded on "Say What You Say," which ended with a phoned-in message from Timbaland: "Suck ficky-ficky my dick." They might've forgiven each other, but we sure didn't. 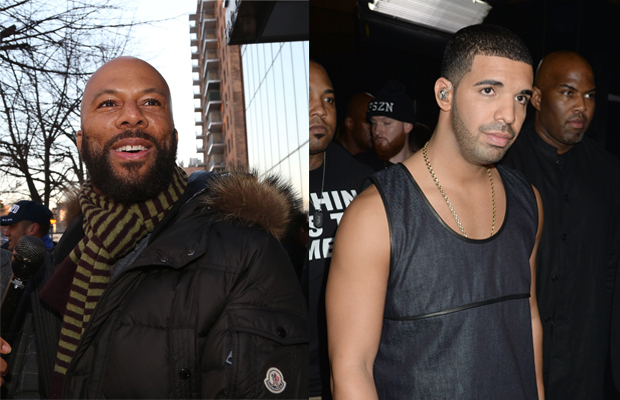 Common, who did once take on the mighty Ice Cube, is known to be more of a lover than a fighter. So why would he send lyrical daggers Drake's way on his new song "Sweet"? Drizzy had just put out an album that was way more sour in tone than sweet.

Common, who is not the "vile gangster rapper" Fox News claimed he was, explained that he wanted to protect the sanctity of traditional rap, and not have it diluted by rappers crooning-whether Drake or anybody.

Drake hit back on Rick Ross' mixtape cut, "Stay Schemin'," hinting at his street bona fides. Common in turn released his own remix to "Stay Schemin'," calling Drake out by name and dubbing him "Canada Dry." But it seems awfully suspect to blame this whole dispute on singing. The real source of this rift is purported to be Common's ex, Serena Williams-who seems to have gotten between these two like a net on a tennis court. 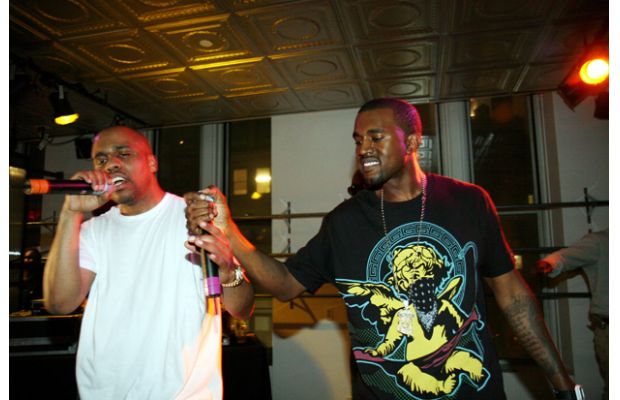 Consequence has always played Robin to Kanye's Batman. He was there from the beginning, helping the G.O.O.D. Music superhero by spitting verses, doing hooks, and making sure the Batmobile was nice and clean. But eventually, Batman added some new Robins to the team: Big Sean, Pusha T, Cyhi Da Prynce, among others, and Consequence was not feeling so super.

After having his album shelved, his portrait removed from XXL's team spread, and his contract unceremoniously dropped by the label, Cons announced it was time to air out Batman's dirty laundry! Pow! He had diss tracks for Kanye and Pusha! Wham! He had behind-the-scenes footage! Boom! He claimed he was "the hottest commodity in hip-hop!" Huh? None of Robin's threats at Batman stuck, and Consequence came to a tough realization. All the while, he'd been playing himself. 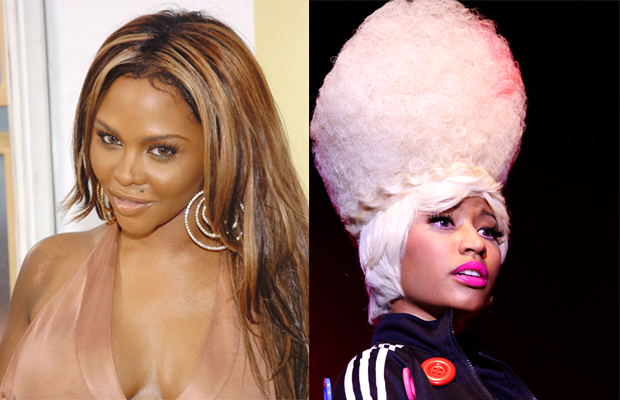 Lil' Kim and Nicki Minaj go back quite a ways. In fact, Kim would say they go back all the way, since she believes that Nicki has mimicked her whole style. So while Nicki's taken subliminal shots at Kim on "Hello Good Morning" ("Did I kill the Queen? Or Alexander McQueen?") and "Monster" ("So let me get this straight, wait, I'm the rookie? But my features and my shows 10 times your pay?"), and Kim's devoted a whole mixtape to dissing Nicki and threatened to delete her Social Security number... NO ONE'S EVER SEEN THEM IN THE SAME PLACE AT THE SAME TIME! So maybe they are the same person, like Kim says-or is Kim just one of Nicki's other personalities? Sorta makes you wonder if this so-called beef ever existed at all.
1. Benzino vs. Everyone 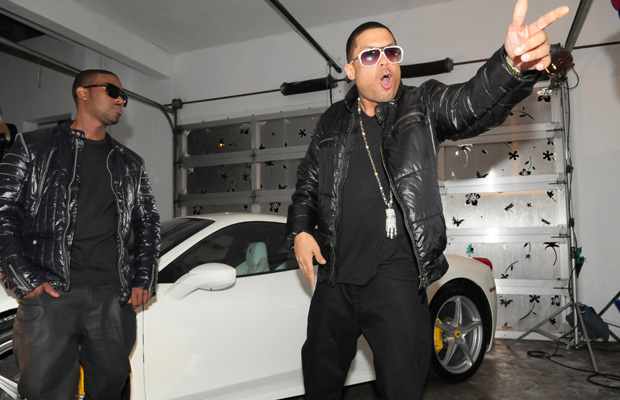 Back in 2002, Eminem was the biggest-selling, most popular, and lyrically gifted rapper in the world. Benzino was a part-time rapper, part-time magazine boss who didn't take too well to the barbs Eminem threw (calling him "Hasbenzino," etc.) following a less-than-perfect rating for Em's album, The Eminem Show in The Source magazine.

Benzino took it to the next logical step: accusing Eminem of succeeding solely thanks to the color of his skin. He staked his entire checkered career on bringing the real-life Eminem show down-along with everyone Shady-affiliated-obsessing through diss songs, radio interviews, and long-form attack pieces in The Source. On the other side, Em effortlessly finished Benzino on two freestyles, and Interscope pulled all of its advertising from The Source, eventually ending Benzino's reign at the magazine.
25 more at the source