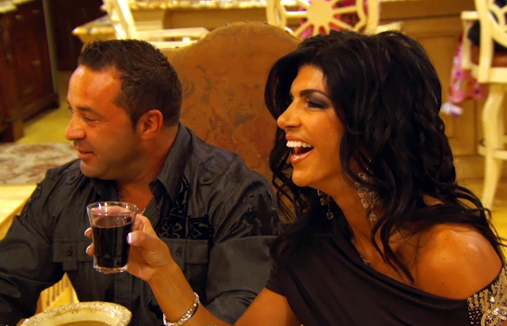 So many rumors out there regarding season 6 of the Real Housewives of New Jersey but AllAboutTRH can finally set the rumors straight and confirm who’s in and who’s out for next season! With the reunion being wrapped up, the next season is said to begin filming in November according to my New Jersey sources! And who will be returning?

Sources reveal EXCLUSIVELY to AllAboutTRH that Jacqueline Laurita is out! “Jacqueline will not be returning to season 6 of the Real Housewives of New Jersey. Kathy Wakile’s role is also demoted and she will now be labeled “friends of the housewives” instead of a Real Housewife. Bravo decided to keep Kathy as a friend of the housewives because many people enjoy her sister Rosie. Bravo believes Kathy no longer had what it took to be an official housewife anymore.”

And what about Dina Manzo? The source continues, “Dina will be coming back on board for season 6. Once Bravo knew that Jacqueline and Caroline weren’t returning, they approached Dina afterwards to be apart of the next season. She considered it and finally agreed so it is official. Dina Manzo is back.”

That’s not ALL! To shake things up, Bravo has decided to add 3 new wives! “Bravo has officially confirmed that Nicole Napolitano and her sister Teresa Napolitano will be added to the cast for season 6. Both sisters are twins and are very close with each other. They would never fight on TV or go against their family. Nicole and Teresa’s good friend, Amber has also been cast for season 6!” 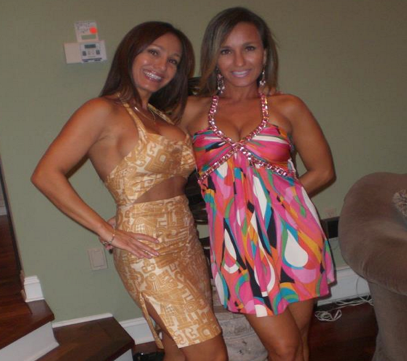 And yes, Teresa Giudice and Melissa Gorga will continue their role as a Real Housewife on season 6! AllAboutTRH was the only site to be right about all info regarding season 5 and we can confirm that everything stated above is FACT! Who’s ready for season 6? Surprised about the cast changes?