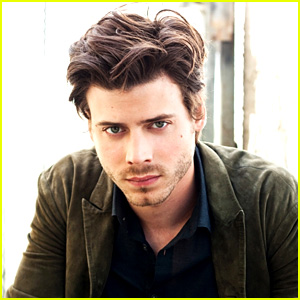 Francois Arnaud is the latest actor being thrown into the mix to potentially play Christian Grey in the highly anticipated film Fifty Shades of Grey!

Casting directors for the film have called to inquire about the 28-year-old French Canadian actor, sources close to the situation confirm exclusively to JustJared.com. No offers have been made yet and several other actors are being considered as well.

Francois is best known for his role as Cesare Borgia on the hit Showtime series The Borgias, which just finished its third and final season over the summer. He will next be steaming up the screen alongside Camilla Belle in the new film Amapola.

In an interview with New York Magazine back in 2011, Francois admitted that he has a “natural darkness,” which we think is perfect for the role. “I think everyone has that, actually. I think you just have to be honest about it and be willing to explore that,” he said at the time.