Feeling the Heat of a Boogie Nights Live Read 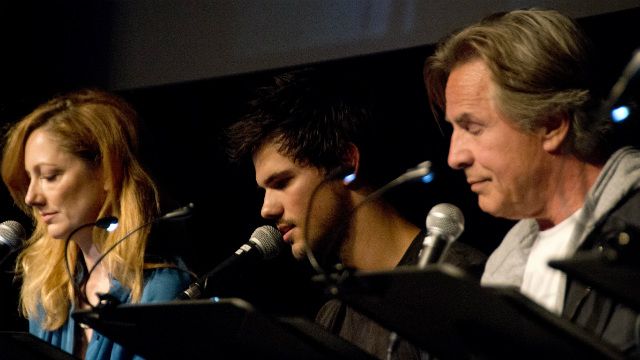 "For the third anniversary of Film Independent at LACMA's Live Read, we have a story about a boy and his pet." Critic and LACMA curator Elvis Mitchell typically introduces the semi-regular Live Read with a wry bon mot describing the film he and filmmaker Jason Reitman have selected, and this is how Mitchell prepared a packed house for the first film of the new season, Boogie Nights. (For more on how the unrecorded, one-night-only Live Read events work, see here.)

Boogie Nights, of course, has only grown in stature since it was first released 16 years ago. It is an uncommonly ambitious, devastating, absurd Scorsese-esque look at the rise and fall of a small enclave of pornographers living in the San Fernando Valley in the late '70s and early '80s. I've always thought of it as a hilarious tragedy. Last night may have inverted that idea.

Read more of the article at the source.

I was there, and it was just as excellent as this author describes. In fact, I want this guy's job. Though his voice cracked a few times, Taylor Lautner was a surprisingly excellent choice for Dirk Diggler, and Don Johnson was a fantastic Jack Horner.