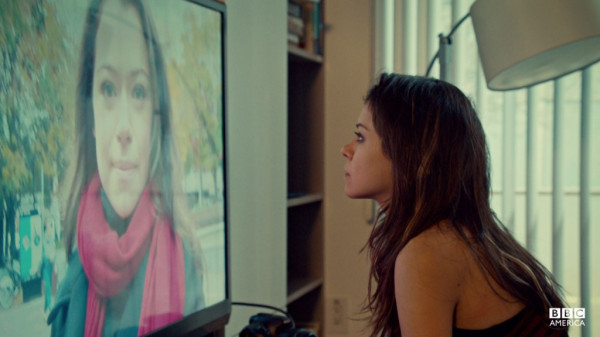 Can’t wait for the return of Orphan Black? We have Season Two scoop to hold you over ’til your fave clone conspiracy series returns in April 2014. We’re thrilled to announce the addition of three new cast members: Michiel Huisman as rugged outdoorsman Cal Morrison, Peter Outerbridge as mercurial modern-day cowboy Henrik Johanssen, and Ari Millen as Mark, a Johanssen devotee with a twisted morality.

BBC AMERICA, in association with Space and Temple Street Productions, announce three cast additions to the new season of Orphan Black. Michiel Huisman (World War Z, Nashville, Treme), Peter Outerbridge (Nikita, Beauty and the Beast) and Ari Millen (Rookie Blue, Nikita) have joined the critically-acclaimed conspiracy clone thriller, Orphan Black. Season two of the (10 x 60) breakout original series is currently in production and is scheduled to premiere in April 2014.Michiel Huisman joins the cast in a recurring role as Cal Morrison, a rugged, resourceful outdoorsman with surprising emotional depth and a sixth sense about people and situations. Cal will need all his wits and humanity as he crosses paths with the clones. His journey will be fraught with surprise, danger, and revelations he could never see coming.

Also in a recurring role this season is Peter Outerbridge as Henrik “Hank” Johanssen, a mercurial modern-day cowboy.  Johanssen leads a flock of followers that have broken away from the old world “Prolethean” brotherhood.   Under his messianic vision, the age old divide between science and religion has merged, forming a new and formidable threat.

Rounding out the additions to the cast is Ari Millen as Mark, a cunning predator with a dark edge. Mark is utterly devoted to Johanssen, who took him in and built him into a true believer in the cause.  Now, guided by twisted morality and desperate faith, he’s a relentless and dogged pursuer of the clones.

Season two of the series hits the ground running with Sarah (Tatiana Maslany, Picture Day, Parks and Recreation) in a desperate race to find her missing daughter Kira (Skyler Wexler, Carrie). Her scorched earth tactics spark a war with pro-clone, Rachel (Maslany), dividing and imperiling all the clones.  As Sarah discovers more about her past, mysterious newcomers appear, but can they be trusted?