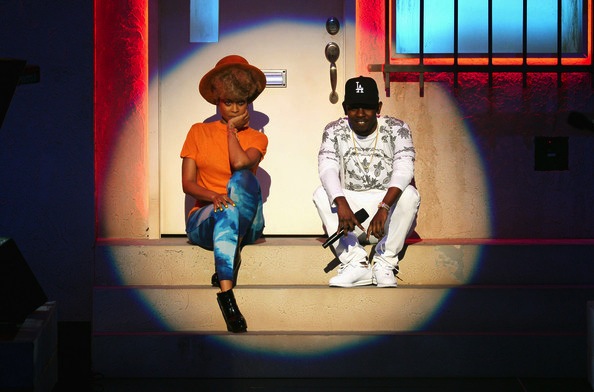 Outside of Kendrick Lamar's infamous "Control" verse, we're in the no-names era of rap disses. While rappers sub-tweeting each other in their verses can be interestingly cryptic, it's often led to listeners creating beef that doesn't exist.

In Kendrick Lamar's latest BET Cypher verse (which we still haven't heard in full, by the way), there is already a lot of confusion. While it seems to be directed at Drake, many have suggested that it may have actually been aimed at Papoose (Papoose included). While things are still unclear, it hasn't stopped Erykah Badu from stepping in to encourage the (possibly imagined) Drizzy and Lamar beef. The singer took to Twitter today to request that Drake come back at Lamar.

Drizzy has been known to refrain from responding to attacks, but unlike Common, Lamar is the closest thing the OVO rapper has to competition in the game right now-- so we'll have to wait and see what he does next.

time to come up with that diss track