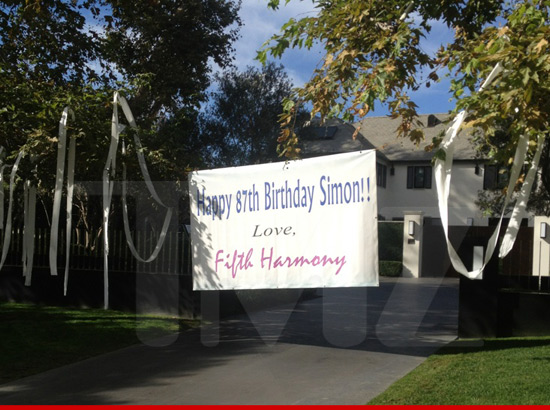 So, who would have the balls to TP Simon's pad? HowIt's Simon Cowell's 54th bday today ... and he's marking the occasion by cleaning the TOILET PAPER off his Beverly Hills mansion.

So, who would have the balls to TP Simon's pad? How 'bout a group of 5 girls.

Sources tell TMZ ... the culprits are the ladies from Fifth Harmony, the girl band Simon signed to a record deal after they performed on "X Factor" last season.

Besides the ass paper, the gals also hung a banner that reads, "Happy 87th Birthday Simon!"

Lauren and Demi also tweeted about it