Britney talks about her gay fans, that infamous line and more! 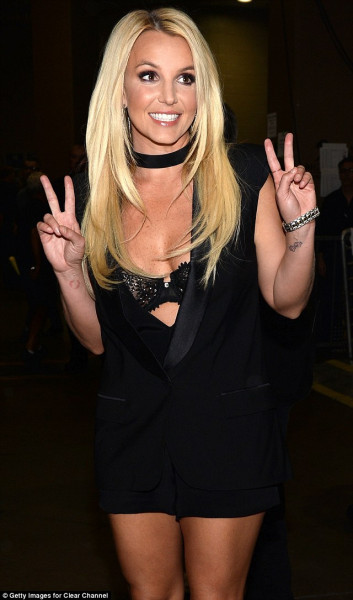 A new Britney Spears radio interview aired on 99.7 NOW FM in San Fransisco. Britney talks about the word "bitch" she's used in several songs, Las Vegas and writing on Album 8.
So what does Britney think about her gay following?
"A lot of my hairstyles and my beauty team that I work with are gay so I hang out with gays a lot, and I just think they're adorable and hilarious."
She'll be getting very familiar with her beauty team for all her upcoming performances in Vegas later this year, telling the interviewers she's bringing her A-game. "I do have the opportunity with this show to bring my goods to the table... I'm able to really do a spectacular show."
And it wouldn't be an interview if Miley Cyrus wasn't mentioned. Britney's advice to the "Bangerz" star? Staying true to herself. "She's really doing her thing. I respect that."
She also won't reveal who the collaborators are on the upcoming studio album, but did say she wrote several personal songs.
Source 1: http://www.breatheheavy.com/exhale/index.php?/topic/515830-britney-interview-on-997-now-fm/