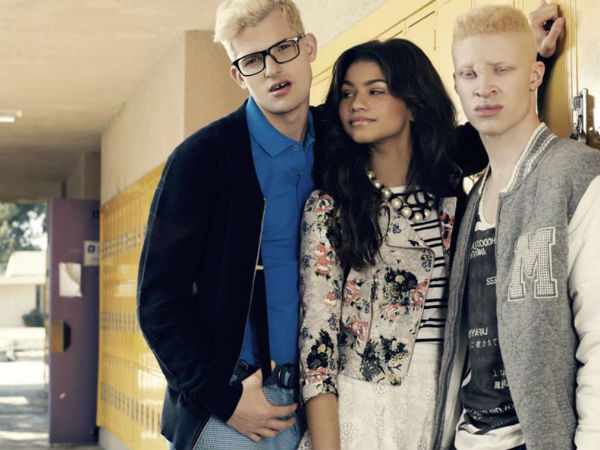 Two contestants return to the competition but don't receive warm welcomes from everyone. Kelly pulls a prank on the models during an acting competition. Renee and Chris H.'s relationship continues to deteriorate causing other contestants to intervene. One of the girl's has a health scare, and Tyra teaches the models to accentuate the negative.

Here's Jeremy
After two weeks of speculating which previously eliminated male contestant would  make his triumph return to the competition, the wait is finally over. It could be an upturned mop wearing wool cap for all I care as long as it isn't Phil. It turns out that Jeremy's social media score catapults him from obscurity back into the limelight. From here on out, there are no second chances.

Speak No Evil
Chris H. won best picture, but if he and the other guys were hoping that Renee will stick to her word, they are sorely mistaken. I do recall an argument between Renee and the boys about which gender was going to end up on top. I don't remember Renee being so cocky that she said if a guy won best pic, she wouldn't talk for a week. Renee says Chris H. is immature and stupid, and she doesn't care what he has to say. Something tells me she wouldn't have shut her piehole if any of the other boys snapped up first place either.

Out in the Cold
Former best buds Nina and Chris H. are starting to drift apart as evidenced by the huge pout on Nina's face when he chooses Alexandra to share the Tyra Suite and the Guess closet over her. She claims the distance is a good thing because it will allow her to focus strictly on the competition. Too bad the look on her puss says something completely different.

Brain Damaged
Alexandra is happy to be back, but she feels the pressure is even greater now. It turns out that she has a heart condition that can cause a lack of oxygen to her brain. She doesn't offer much in the way of specifics. It is hard not to make a plethora of super obvious jokes, but I'll try and respect the severity of her condition. She's afraid it will affect her photo shoots since a symptom can be mental fogginess. The fact that it's just now being brought up, is a good indicator that this medical problem is going go be an issue for her later.

No Love Lost
Jourdan's not thrilled to see either Alexandra or Jeremy return. She's bothered in general by Jeremy's personality. As usual, she brings up the fact that she was in a bad marriage when she was very young as if that's an excuse to be annoyed by every comment Jeremy makes. She's not alone in this hate/hate relationship. Any amorous feelings young, virginal Jeremy may have had for Jourdan seem to be long gone. Unless, he's just saying he's over it to try and save face.

Learning to Go With the Flow
For this week's challenge, the models test for a commercial for a water with the least appealing name ever, QUAFF. If it sounds like a bodily function, that's because it is. The word quaff literally means to gulp. Kelly tells them they'll be working with a well known director named Vincent St. George, when in fact, Vincent is comedian/musician Reggie Watts. The models are posing in front of a green screen with a variety of random props at their disposal. I guess this is supposed to be a funny prank to pull on the models, but it's really not. Kelly justifies the stupidity of this challenge by stating that models never know what they might face when they go to work. And, that they have to learn to be flexible and commit to whatever they're asked to do whether they like it or not.

It never fails that at least one competition or photo shoot forces a model to reveal and or try to conquer some phobia or fear. This time it's Renee, who has a problem dealing with "things in suit or disguised as something else." So, let's just say that college football games and Disneyland are out for this girl.

Kelly lets the models in on the joke at the end of the competition. Kelly tells them they were judged in three areas: 1) whether or not they could commit, 2) if they were professional and 3) if they were believable. One and three seem pretty similar to me, but it's not my show. Alex and Jourdan were singled out for their performances, with Jourdan ultimately crowned as the winner.

Sugar and Spice and Not So Nice
The group heads home, and once Chris H. sees his challenge score (6), he gets pissy and decides to take his frustration out on Renee. He starts to do dishes and then complains about a few pieces of silverware and a bowl that belong to Renee. He decides to leave the dishes on the counter with a note requesting that Renee clean up her act. This goes over incredibly well, and Renee informs Chris H. that she has no intention of cleaning up her mess, ever. He calls her nasty, she says he has a nasty heart, mind and soul and says nobody likes him.

A few of the models, Jeremy and Nina in particular, think Renee's reaction goes way above and beyond what Chris H. deserves. Jourdan takes Renee's side, and Jeremy tries to take her out with a pretty low blow. Pretty soon it becomes a full on battle of the sexes. All this over a bowl and some silverware. After tempers cool, Jourdan actually makes the first move and apologizes, and it looks as if the whole ugly business is squashed. The only hold out is Renee, who knows she was pretty verbally abusive but doesn't regret standing up for herself.

Flawsome Photo Shoot
Each of the models is given an awesome flaw, and it's their job to make it look good. Think Cindy Crawford and her mole. The models pose with special guest and super freaky looking male supermodel Shaun Ross, who happens to have the awesome flaw of being an albino. Tyra decides to give the contestants some posing lessons and another surprise guest appears, some chick named Zendaya who's a big deal on The Disney Channel. Tyra's a big fan which I guess is all that really matters under the circumstances, so this D-Lister works with the models as well.
Cory is cursed with a Widow's Peak, Renee gets a big forehead, Jourdan gets a unibrow, Don works skinny legs and Chris H. a large gap between his front teeth. Chris H. has a horrible shoot, and Nina, despite her best efforts to the contrary, can't help but worry about him. Renee is giddy that he's having a rough day. Jeremy is given duck lips, but his return is a disappointment according to Johnny. Marvin sports a magnificent mole. Even though Jourdan made nice with Jeremy and Chris H. after "dishgate," she's still mad and finds Jeremy's presence in particular a big distraction during her shoot.

Returning contestant Alexandra struggles as well with her "big hips" and is chastised for being too model-y. Nina's flaw is almost too horrendous to fathom; big eyes. To say that Tyra and company are a bit out of touch when it comes to recognizing real flaws would be an understatement.
Nina--Flaw:  Big eyes 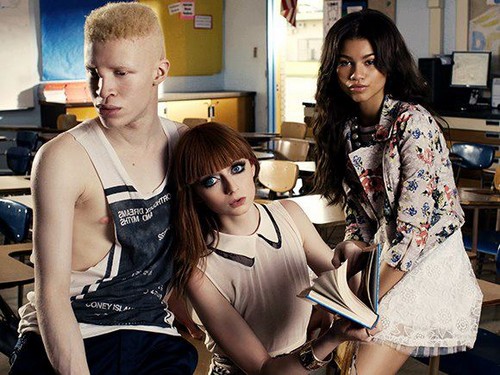 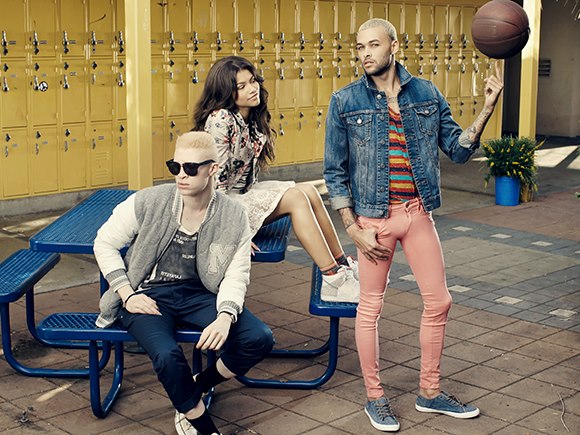 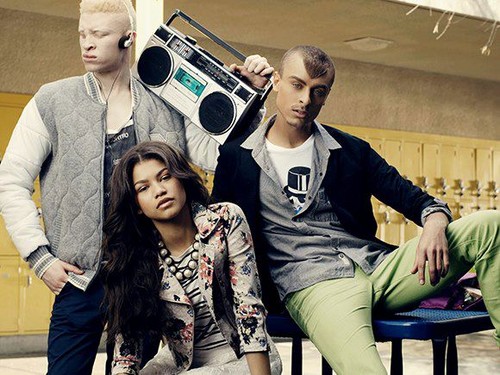 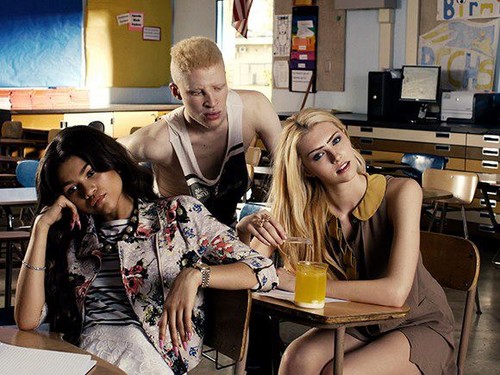 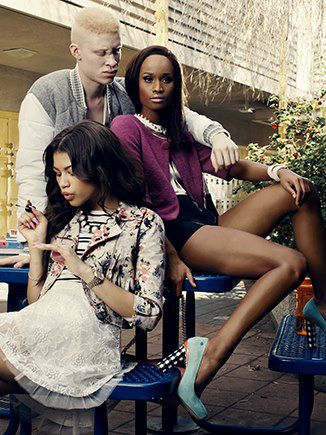 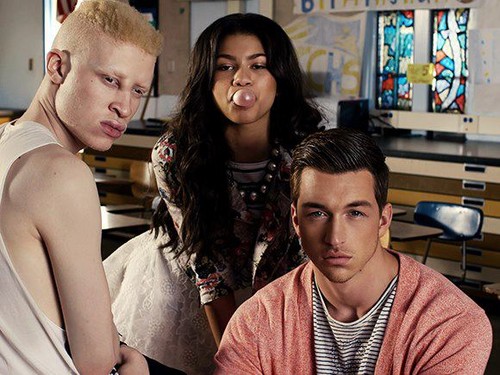 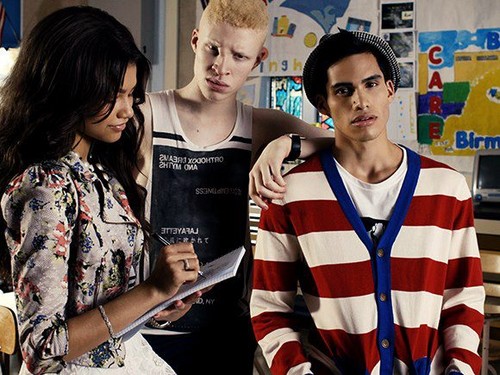 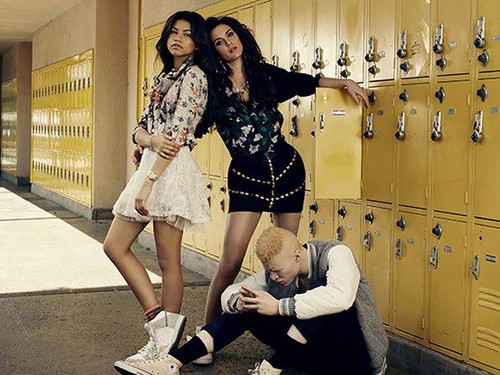 This is the last panel before the contestants take off for the fashion mecca of Bali. It all comes down to who is the most fearsome and flawsome.

Tyra's feeling Cory's photo, but Kelly thinks he is overshadowed by Zendaya and Shaun. Bryanboy says Cory's social media scores have gone up over the past three weeks. Jourdan's bad attitude during her shoot is reflected in her picture and in the judges comments and scores. Tyra tells Marvin that his beautiful face will only take him so far, he's got to work his body. Bryanboy tells him that his social scores had hit rock bottom, so this week there was nowhere to go but up.

Even though Chis H.'s shot isn't as good as his last, his fans still love him. Rob isn't Jeremy's biggest fan and complains that he's stiff. Tyra and Kelly disagree and both women think he killed it and looks stunning in his shot.
Nina is both a darling among the judges and with the fans. Who wouldn't be with a stupid flaw like big eyes?
Alexandra's anxieties become a reality when she doesn't receive any props from the judges and finds out that her fans on social media have abandoned her as well. As I predicted, she also plays the poor health card which I don't think is going to save her.
The judges are happy with Renee, but the fans, not so much.

Before the judges deliberate, Alexandra feels so dizzy, she's forced to excuse herself. Alexandra swears this episode has nothing to do with panel. She says she's had a rapid heart rate for over a year. One would think this type of issue could be treated and monitored fairly easily. She says the last time she felt this poorly, she was hospitalized for over a week. If that's the case, I think her problem is more of a heart defect than a mere rhythm issue. Alexandra is too sick to return to panel. If she's not eliminated, how will she move forward when she's so ill?

Nina gets the weeks highest score and a guaranteed seat on the flight heading to Bali. Don comes in second. The bottom feeders are Alexandra and Chris H.. Alexandra is eliminated from the competition for the second and final time.

Now, it's off to Bali!
BONUS:  Some eliminated people are still taking photos, I guess... 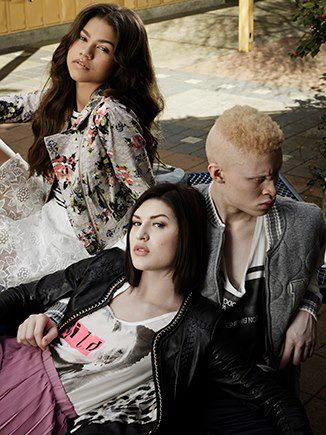 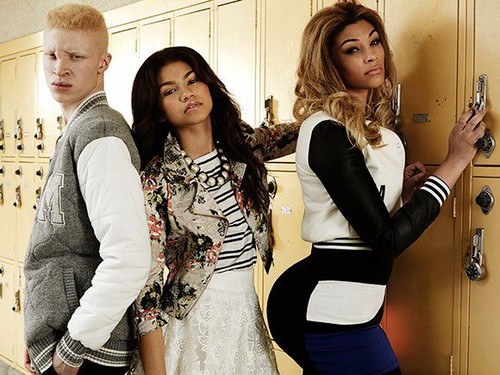 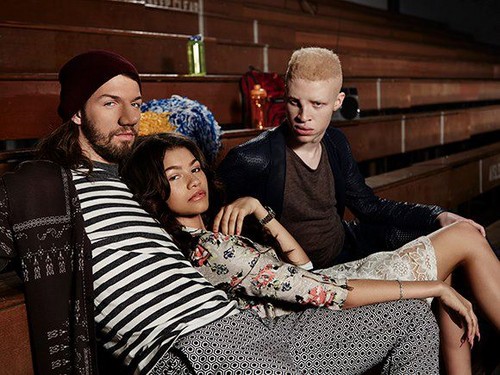 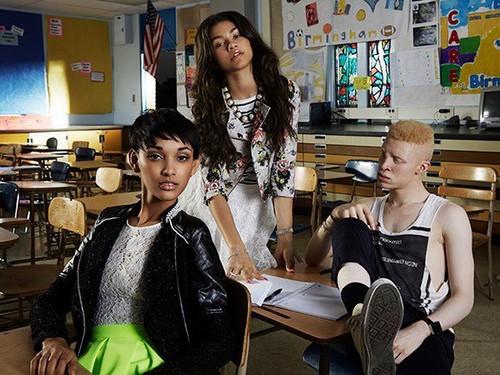 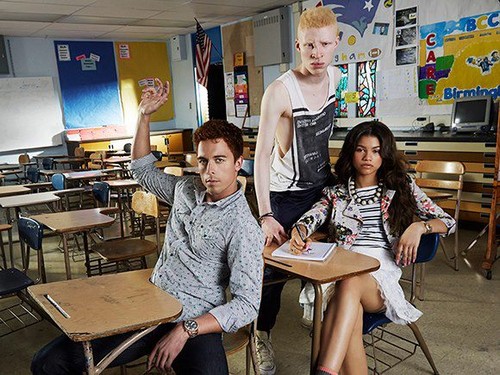