Julianne Moore Gets Star On Hollywood Walk Of Fame 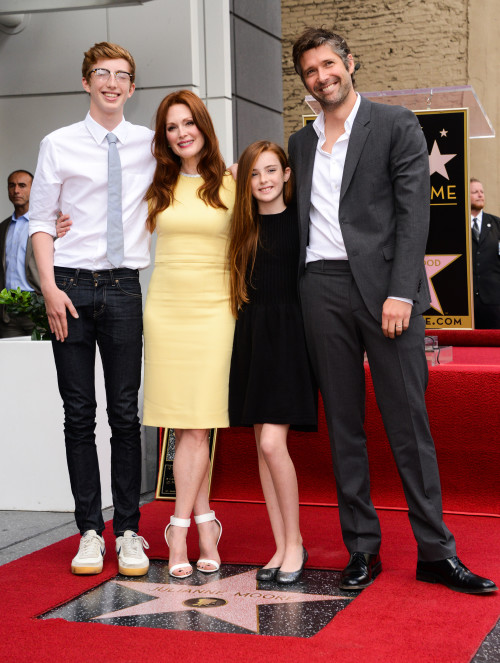 Congratulations to Julianne Moore who received a star on the Hollywood Walk of Fame on Thursday (October 3). The celebrated actress, 52, looked radiant alongside husband Bart Freundlich and their two kids: Cal, 15, and Liv, 11.

The actress received the 2,507th star on the Hollywood Walk of Fame as a result of her lengthy film career that has included four Oscar nominations, two Best Supporting Actress noms for her roles in Boogie Nights and The Hours, as well as two Best Actress nominations for The End of an Affair and Far From Heaven.

Additionally, she was recently cast as President Alma Coin in The Hunger Games: Mockingjay Parts 1 & 2.

Such a lovely family

pastelstar
October 5th, 2013, 01:43 am
Adorable family of gingers! Her husband is hot, the daughter is beautiful, and her son is cute but with a total if they mated face situation.
←
→