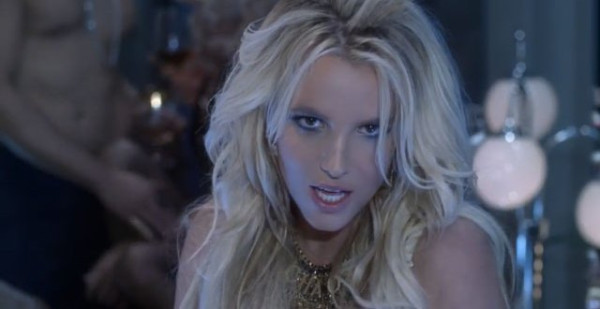 Britney Spears whipped everyone into shape in her "Work Bitch" video. To get the behind-the-scenes scoop on the video, MTV News spoke to director Ben Mor, who not only revealed how Brit learned to use a whip, but also weighed in on some rumors floating around since its release earlier this week.

First off, he shot down speculation that the video cost upward of $6.5 million. "There's such bullsh-- out there. I wish! The thing... I shouldn't say it but it's not even a fraction of that. It's 200 percent absolutely false and it's almost embarrassing to say. The video absolutely did not cost that much," he said. "It's just a lot of misinformation."

plus this king right here

cityxpretty
October 3rd, 2013, 11:52 pm
This wouldn't be his fault but did anyone else notice that the camera work in the beginning is kinda wonky? I think they were going for the effect of zooming in/out but it just messes with my eyes.

cocainerows
October 4th, 2013, 12:26 am
it came to mind seeing this video as well.
the people that produce her are awful.

michelleantonia
October 4th, 2013, 10:06 am
My heading is spinning at that tweet. This is the only Tom Neville I know of: