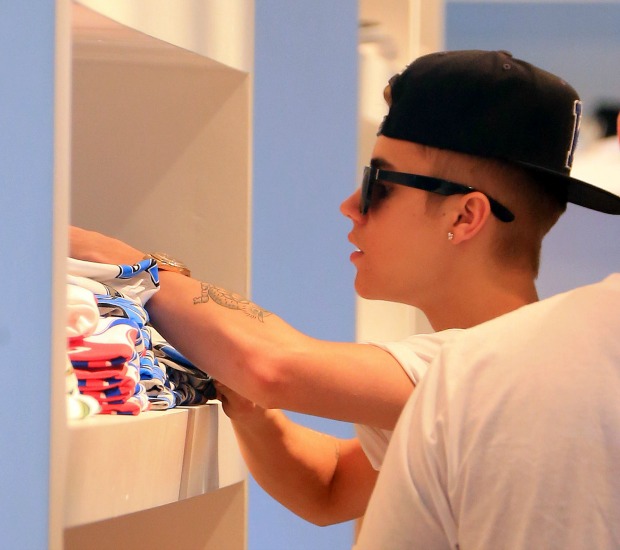 A circuit court judge in Miami has ordered troubled teen pop star Justin Bieber to attend a videotaped deposition in California for a lawsuit filed against him and his bodyguard by a local paparazzo.
It’s another Gossip Extra exclusive: Bieber needs to show up at the Santa Monica, Calif., law offices of Kinsella Weitzman at 10 a.m. on January 23.

He’ll be questioned by Boca Raton attorney Russell Adler about an incident in June in which several of Bieber’s bodyguards grabbed lensman Jeffery Binion outside a Miami recording studio and took his camera’s memory card.
Adler had been trying to serve Bieber for weeks. He finally did two months ago by ambushing Bieber before a concert in Detroit.
The singer of Never Say Never is currently in China, where he was recently spotted being carried by bodyguards during his visit of The Great Wall.
Said Adler: “I hope to complete Bieber’s deposition in one day.

“I have many questions to ask him about this incident, all of the other incidents he’s been involved in with photographers, and, if the court has allowed our claim for punitive damages, his assets and net worth. Looking forward to it.”