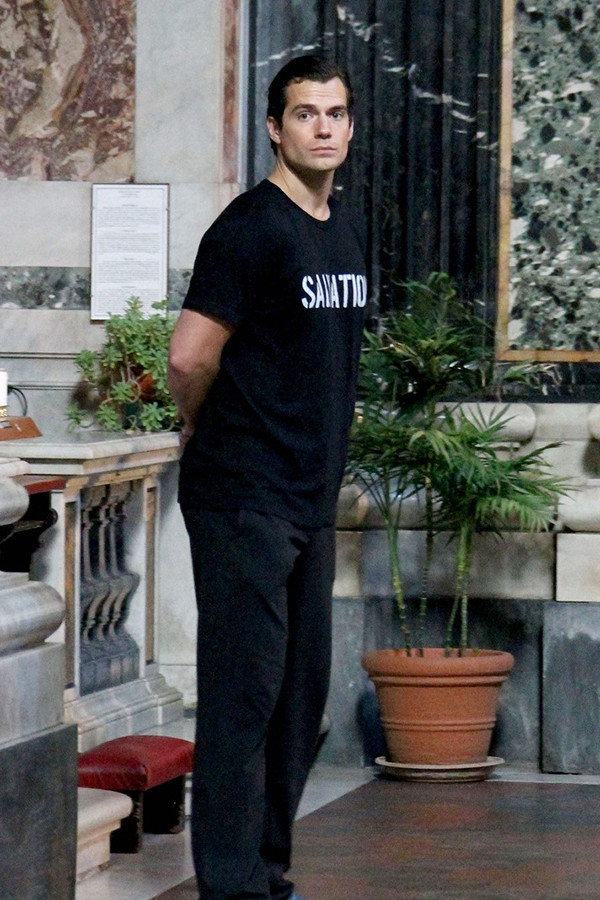 Henry Cavill shows off his guns in a “Salvation” t-shirt while grabbing a bite to eat at an outdoor cafe on Tuesday (October 1) in Rome, Italy.
On the same day, the 30-year-old actor was seen doing some sightseeing at the Santa Maria del Popolo church and Santa Rita church.
Last week, Henry was spotted filming scenes for his upcoming film The Man from U.N.C.L.E. after news of his former girlfriend Kaley Cuoco‘s engagement to tennis player Ryan Sweeting.
It was recently announced that Jared Harris has joined the cast of The Man from U.N.C.L.E., which does not have a release date yet. 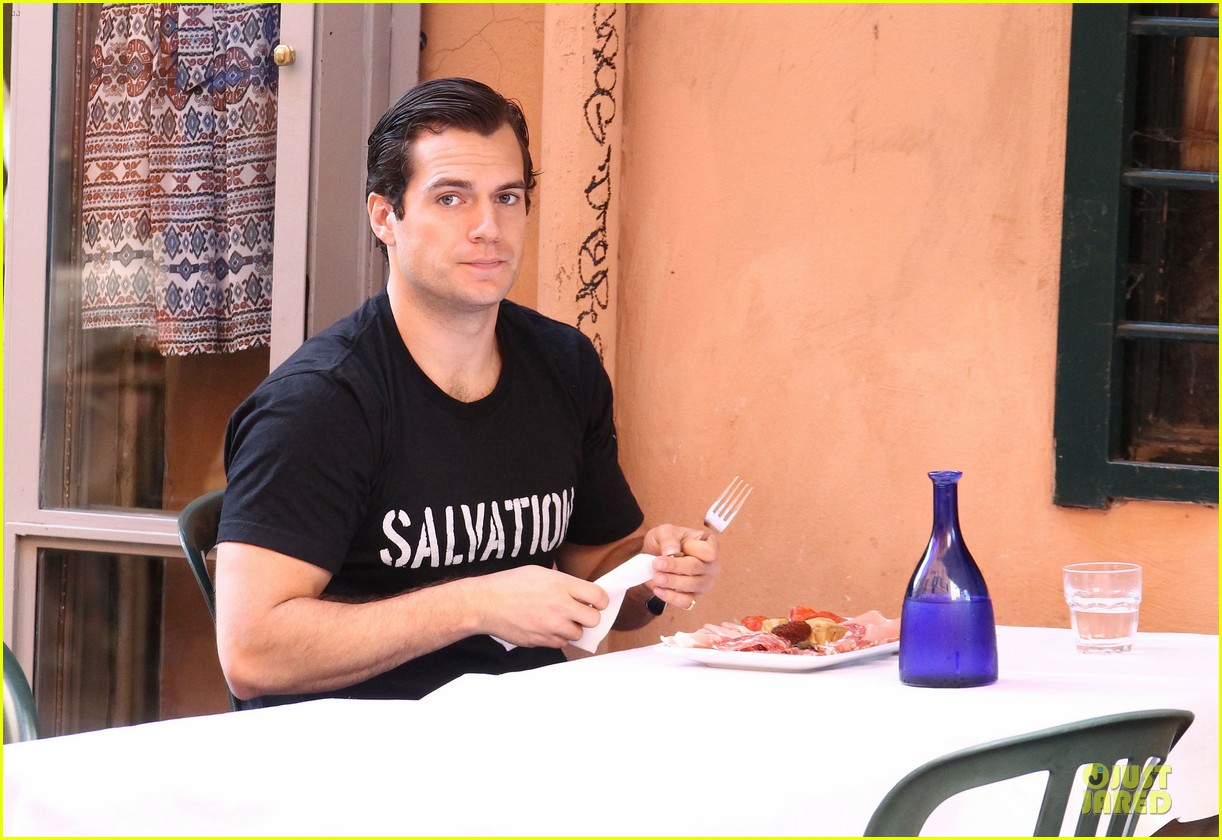 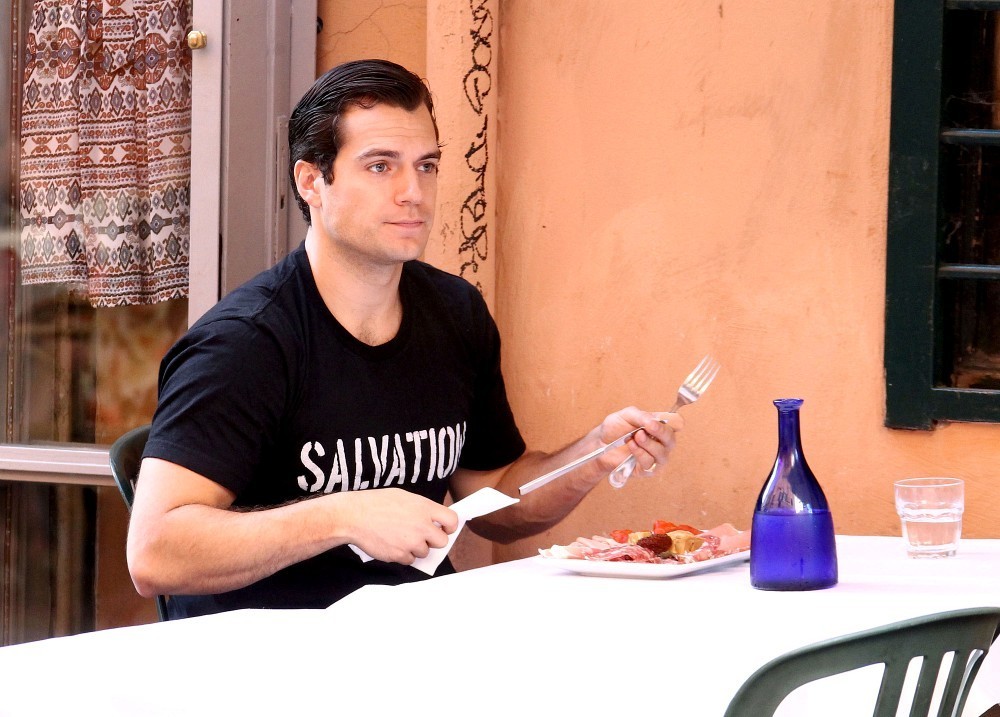 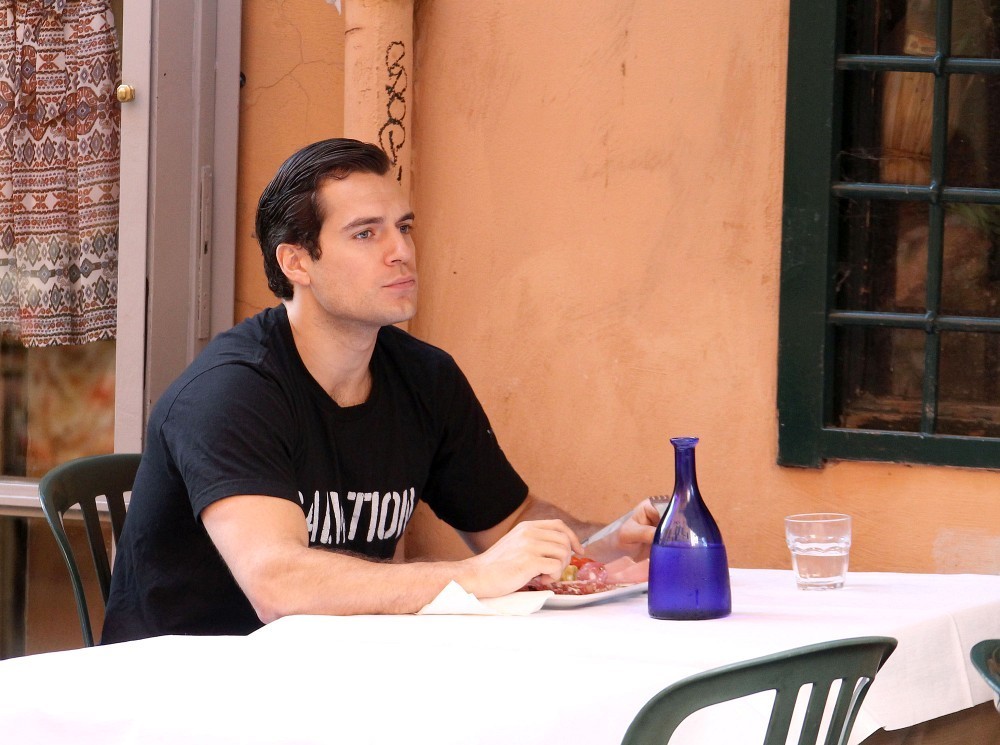 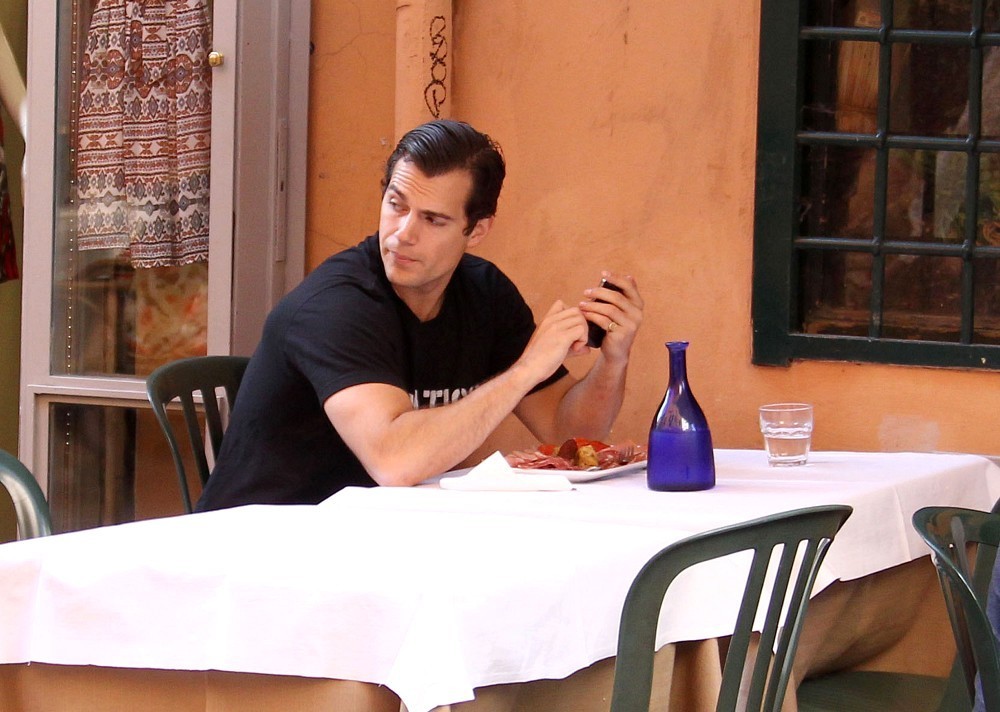 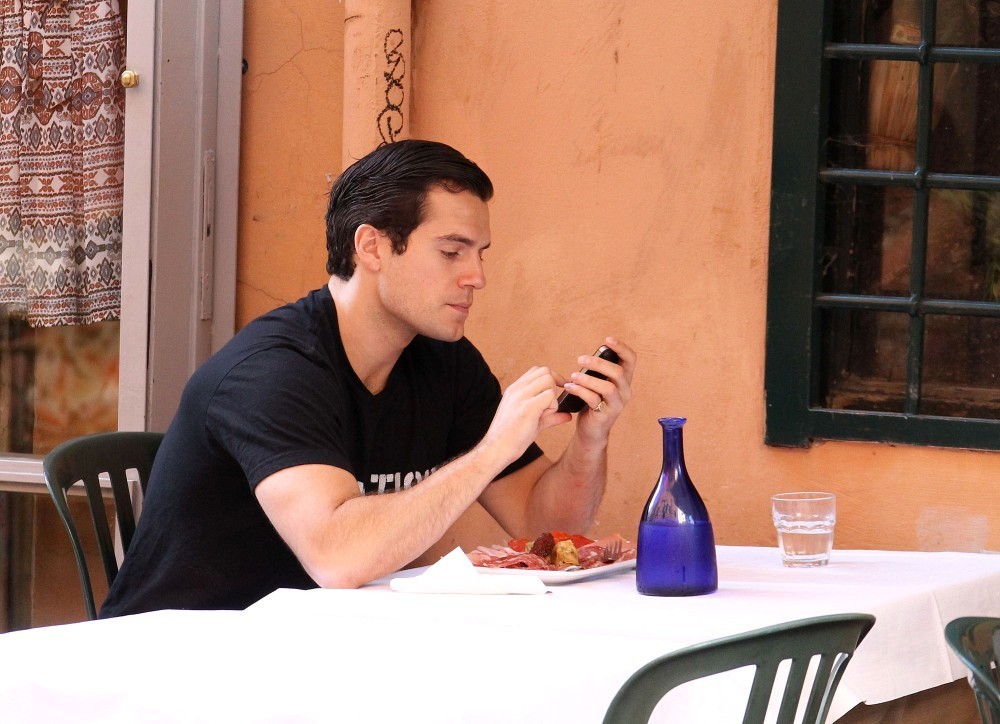 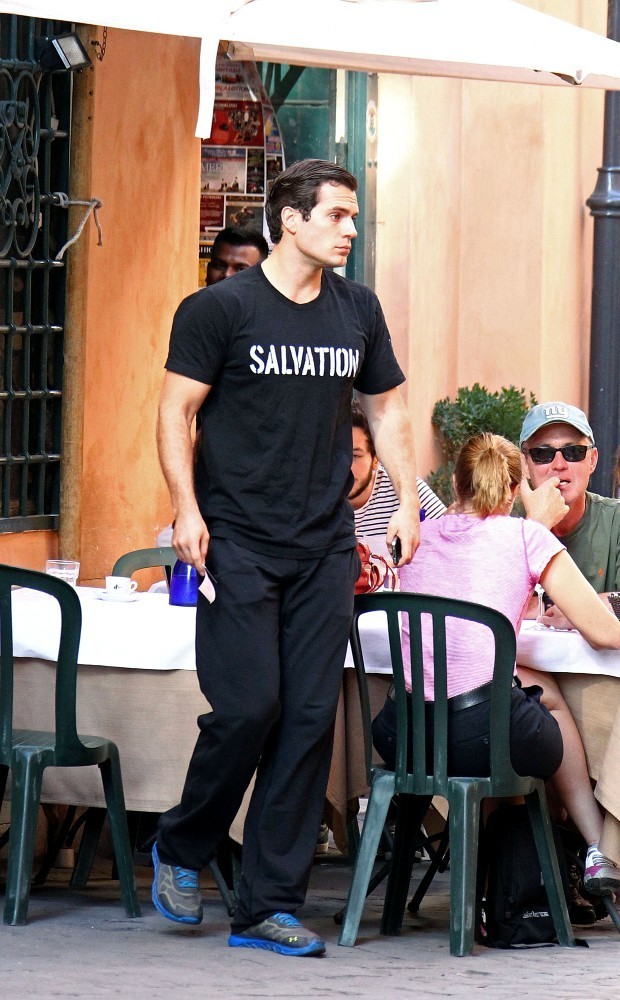 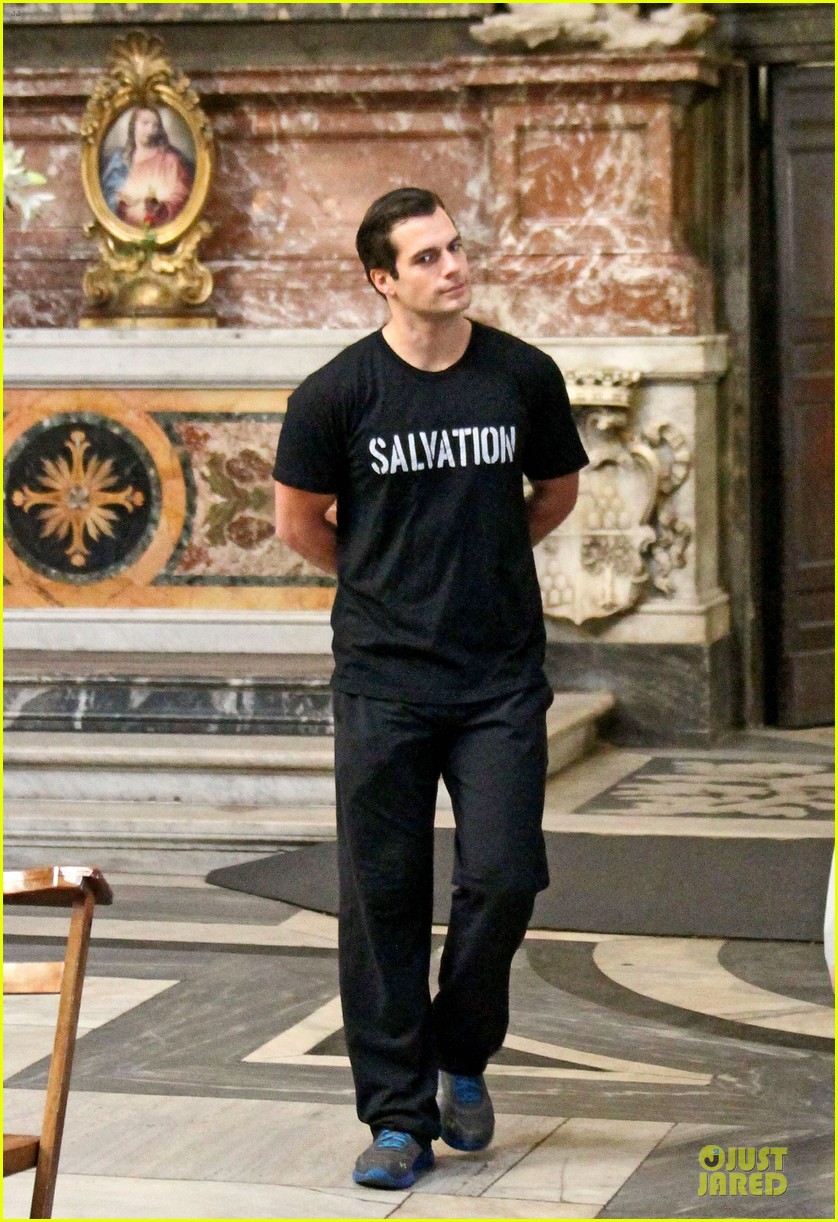 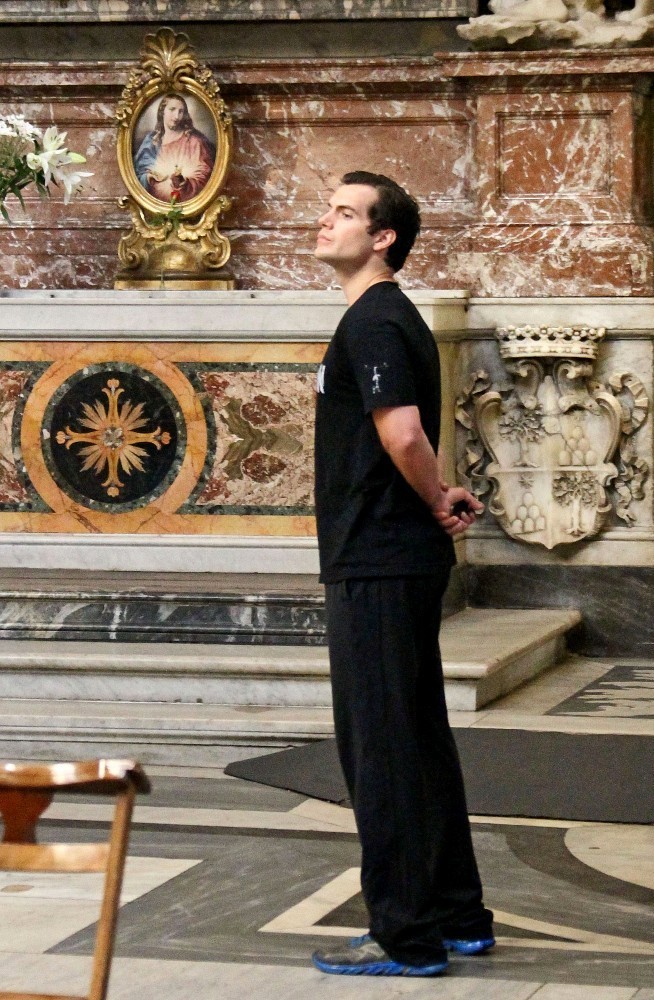 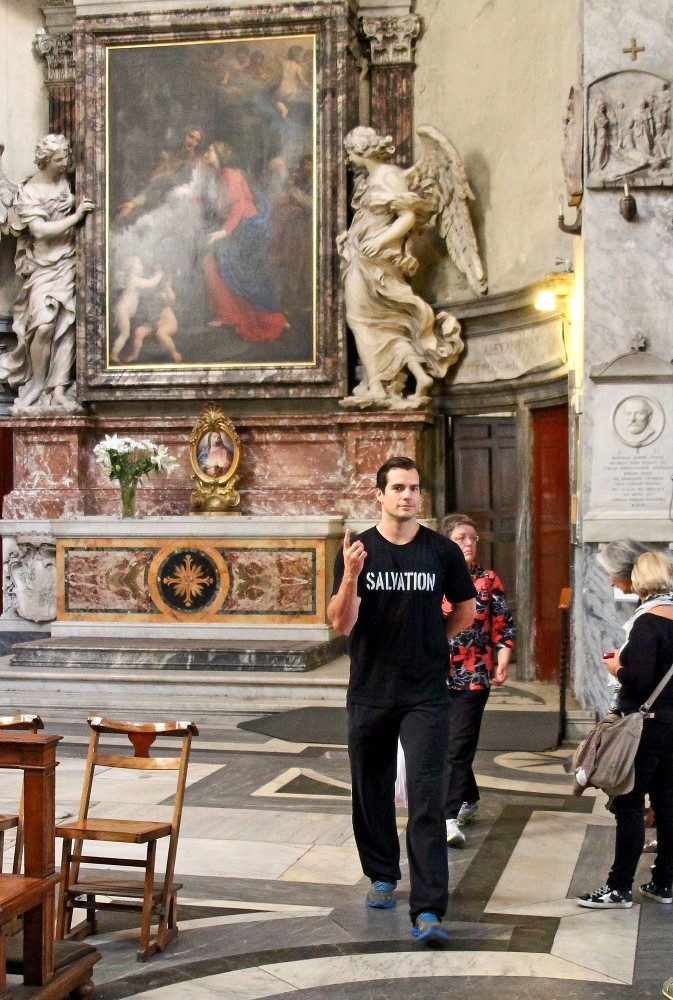 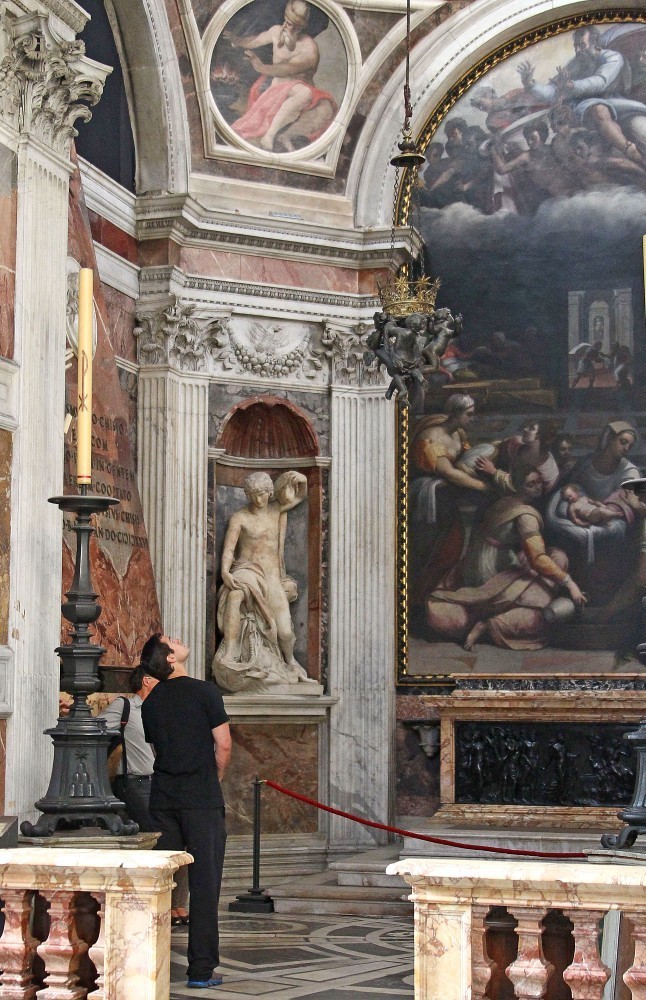 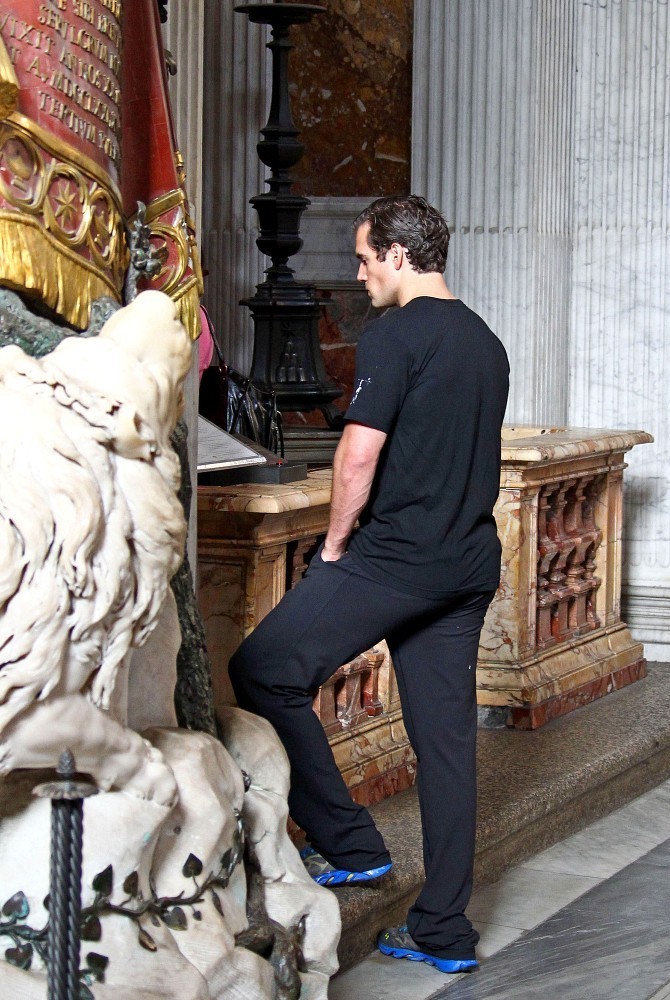 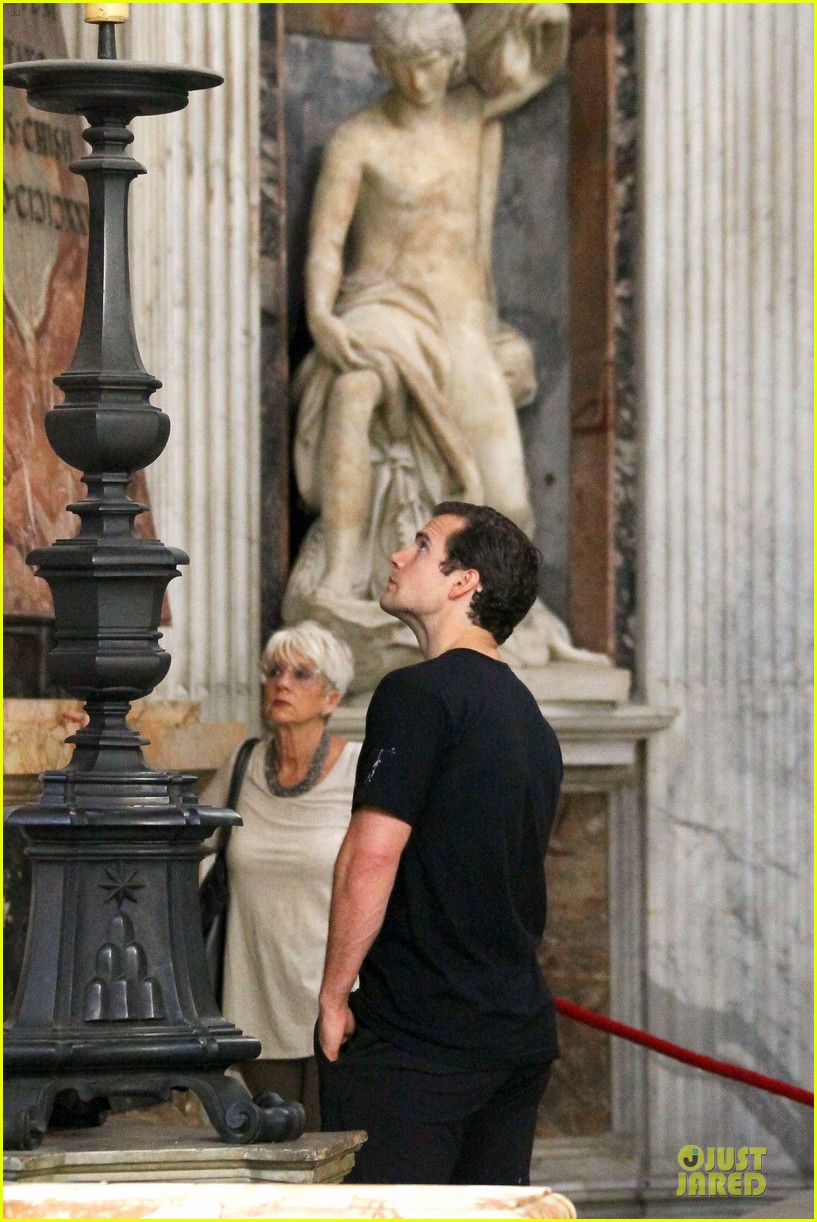 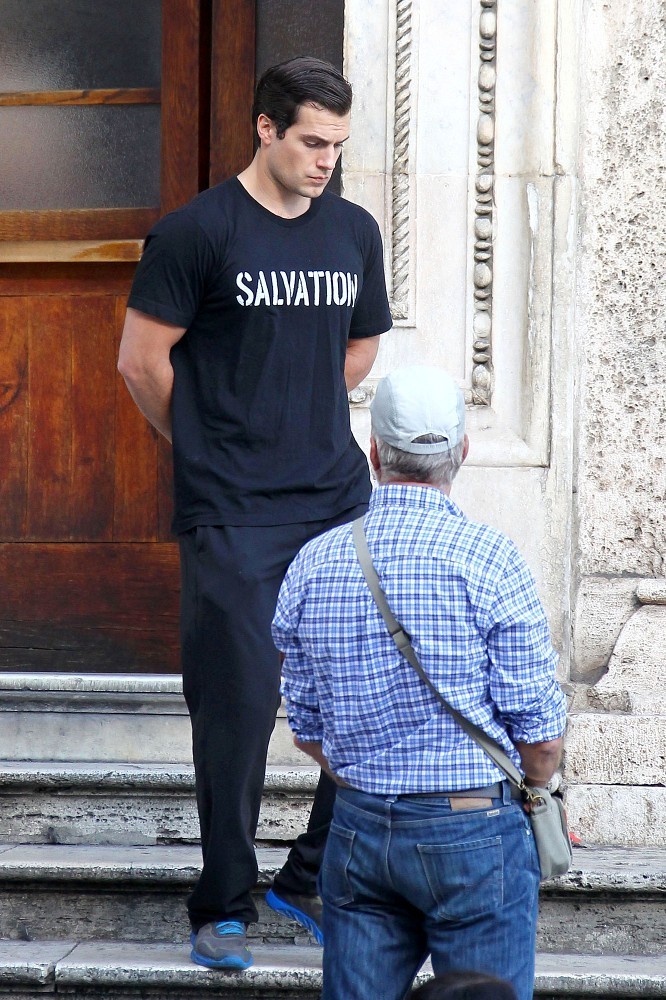 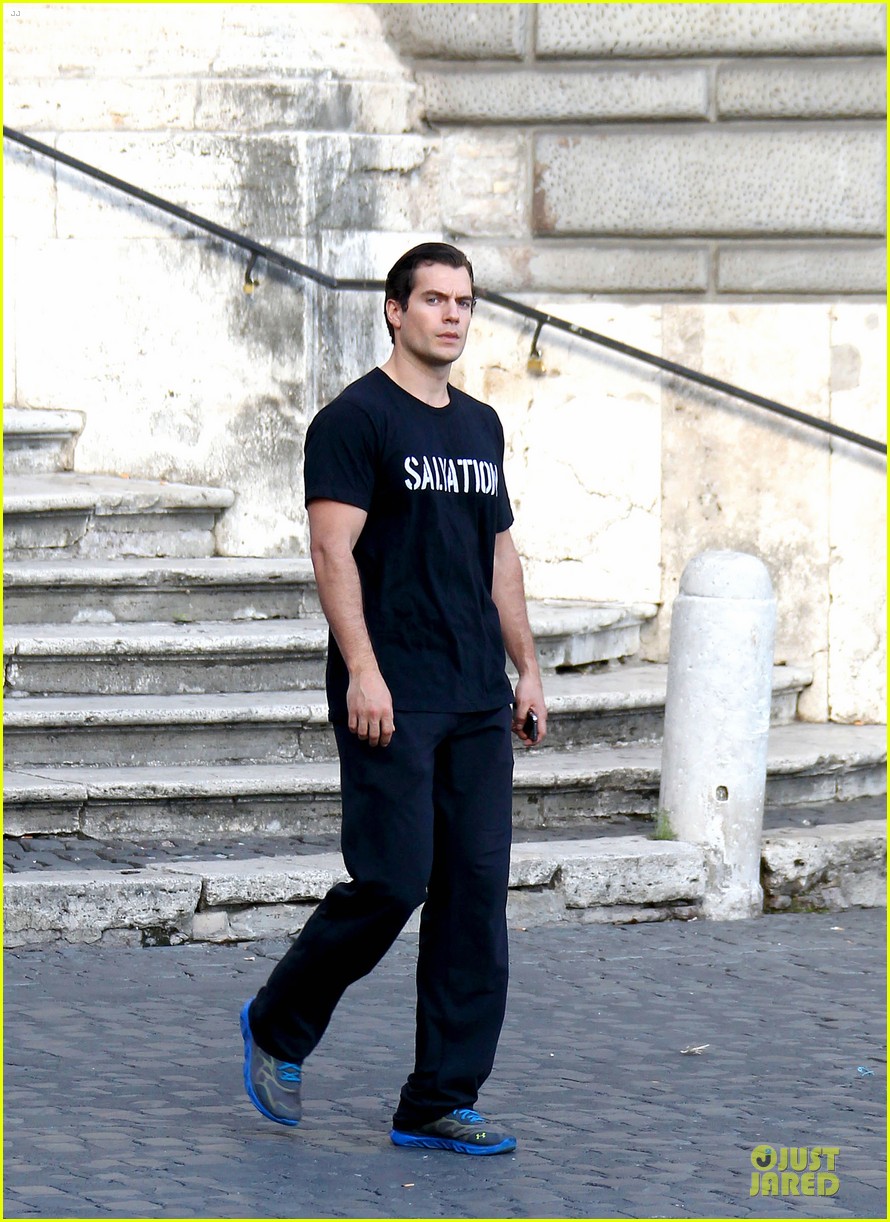 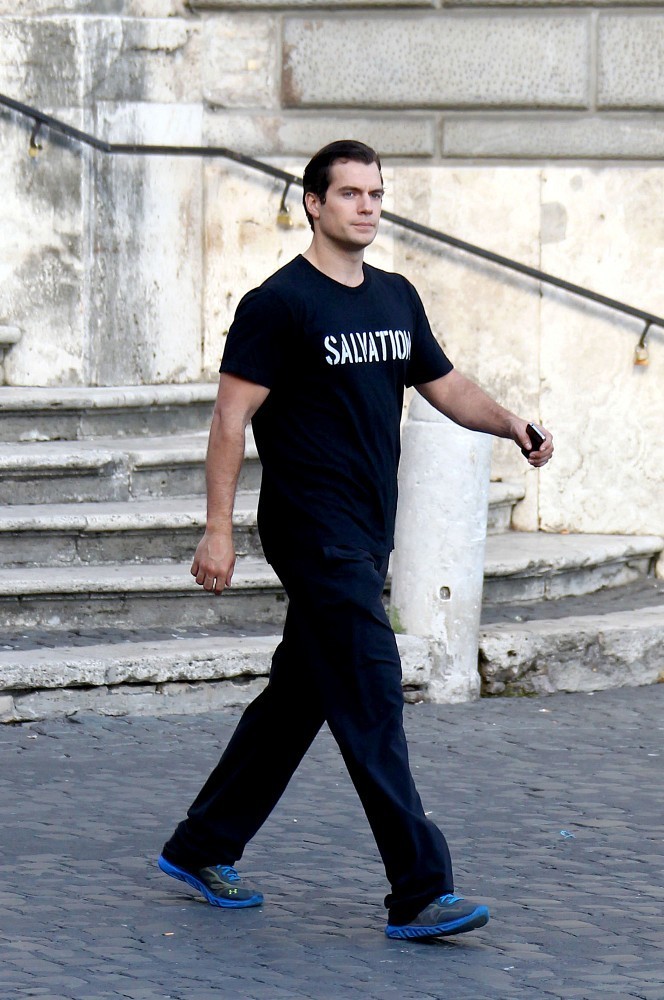 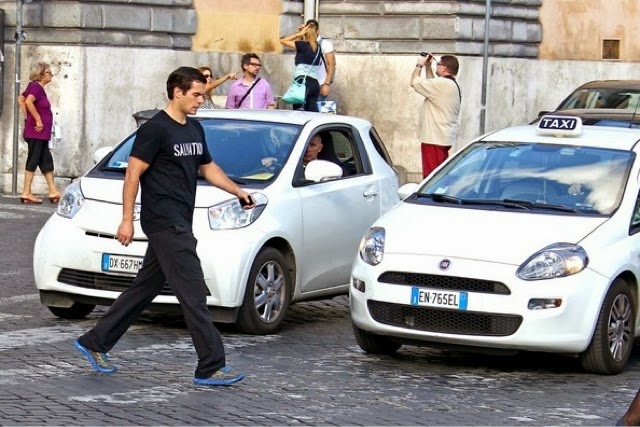