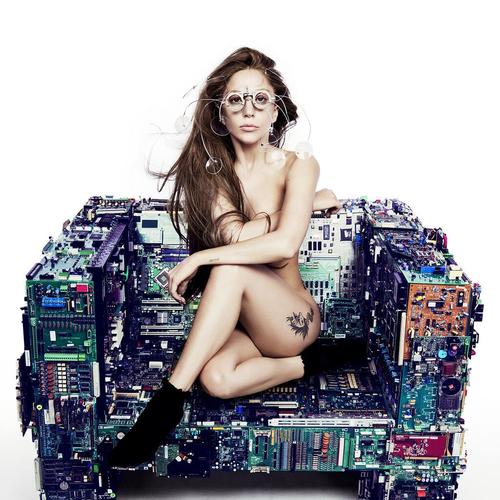 It feels like Lady Gaga has been working on ARTPOP forever. But every artist has to put the final brushstroke on the canvas at some point and Mother Monster is finally ready to put the brush down.

After living with the music for more than a year, it sounds like even Gaga is a bit blown away by what she's cooked up for the album, which is due out November 11.

"It was this amazing moment today my head down gazing at the soundboard -- the music came on I looked up + knew it was ARTPOP it all made sense," she wrote.

We got a major preview of what's in store earlier this month when Gaga played seven mostly unheard songs   from the album during the iTunes Festival.

Among the fresh tracks she revealed were "Jewels & Drugs," a trap-like rap tune featuring rappers T.I., Too $hort and Twista, which Gaga said on Tuesday is her special baby at the moment. "Everyone's asking me what my favorite song is on ARTPOP," she wrote. "It changes all the time but I LOVE LOVE Jewels n' Drugs feat. TI Too $hort & Twista."

Everyone's asking me what my favorite song is on ARTPOP. It changes all the time but I LOVE LOVE Jewels n' Drugs feat. TI Too $hort & Twista

There was also the thumping dance song "Aura," the punky girl group rocker "MANiCure," the album's trip-hoppy title track and the throbbing pop anthem, "Sex Dreams." She ended the set with the industrial grinder "Swine" and the emotional fan dedication "I Wanna Be With You."

Gaga revealed another title last week, "Do What You Want (With My Body) and has spent much of the past few days thanking fans for requesting first single "Applause" at radio.