breaking bad's gomie sez it's hard out here for a mexican

'Breaking Bad's' Gomez on 'Ozymandias'
Steven Michael Quezada discusses crafting the DEA agent, his close working relationship with Dean Norris, and why he thinks his character is the only one never to "break bad." 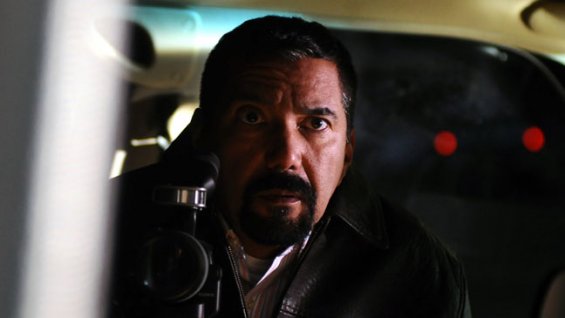 Breaking Bad's Steven Michael Quezada woke up to a flood of texts and e-mails this morning as [Spoiler (click to open)]his friends and family mourned the death of DEA agent Steve Gomez, whom Quezada has played since 2008's pilot episode.

But Quezada isn't sad about Gomie's fate, noting his death was far more dignified than many characters' passings in Breaking Bad.

He says he and costar Dean Norris (Hank), were happy with their final scene together and says they both likened it to a classic "Western showdown."

The actor, 50, worked as a stand-up comic for 25 years before being cast in Breaking Bad ("really trying to feed my family," he says) and managed to get a few laughs while rehearsing his final scene.

At the point just before the shootout when Uncle Jack (Michael Bowen) demands to see some badges to prove Hank and Gomie are DEA agents, Quezada broke character and yelled, "Because Dean Norris plays a cop on every damn TV show!"

The set broke into laughter, and Cranston snapped a photo of Quezada, Norris and director Michelle McLaren cracking smiles despite the incredibly tense scene. He's been sitting on the photo for months, waiting for the time he could share it. (He posted the photo on his Facebook page Monday.)

"I got to go out on a really funny comment in a really bad situation," Quezada says.

Find THR's full conversation with Quezada below, where he talks about crafting the Hank-Gomez relationship and why he considers Gomie to be the only character in Breaking Bad never to break bad. ("Even Walt Jr. tried to buy liquor.")

It was so crushing to see Hank and Gomez die. How did you feel about Gomez's fate?

I was happy to make it to there. It's really tough to be a Mexican on Breaking Bad. To be there from the pilot to that point was cool. And I went out with a gun in my hand. I didn't get shot in the back. I didn't get melted in acid. I didn't get my throat slit. At least I was standing on my own two feet.

What were your conversations with Dean Norris like about the ending?

It was the old Western showdown. We were both happy that at least that's how it went down. But it was sad. We had six years with a really cool family. I got really close to everyone on the show, and especially Dean. Dean knew [our characters were going to die] for a while before I knew.

How did you find out?

I found out the episode before. We were on the soundstage and the producers pulled me into the production office and Vince [Gilligan] was on the phone from L.A. He said "We love Gomez. That's why we kept him around for so long. But it's time to go."

What are you thought on last night's episode? So much happened.

I'm sad for Jesse. That was the one guy I always wanted to see walk away from all the torment and torture the poor guy has been through. For me Walt's always been a bad guy.

Do you know what happens in the final two episodes?

No. I didn't look at the last few scripts. I didn't want to read them because I'm a Breaking Bad fan. I wanted to experience it with everyone. These writers — even when I try to guess stuff, I'm wrong. I don't know where they're gonna go. But really, the writers are the best out there, so I guarantee you it's going to be a hell of ride.

What has the reaction to Gomie's death been like?

I got so many texts in the morning and e-mails and Facebook messages [after last night's episode]. Everyone was like, "My stomach hurts. Gomez should have never died." People were really upset.

It was sadder that day of shooting than it was actually watching it. That day was just very emotional. It was the end of six years, and that was the tough part. Plus it was freezing cold. The desert is cold early in the morning. Laying down on that sand is like laying on a block of ice.

What has Breaking Bad meant to you professionally?

I spent 25 years as a stand-up comedian. It's weird how Vince Gilligan is creating this killer drama and he's putting these stand-up comedians in there. I've been doing a late-night talk show out here in New Mexico now, The After After Party. We're going to finalize a deal to be in 50 million homes. How blessed can I be, man? I'm this guy, this road comic doing guest spots here and there, really trying to feed my family. To walk in the [audition] room and see my life change. And to work with actors like Bryan Cranston, Dean Norris, Bob Odenkirk, Betsy Brandt, Anna Gunn -- the list goes on and on. You would never expect that would happen at your life at 50 years old. I'm an old dog. I'm very appreciative of the fans.

How did you craft Gomez as a character?

By sitting down and really reading the relationship with Hank and who Hank was. That really dictated who Gomez was. Me and Dean wanted to make these two DEA cops people first before we made them cops. I think that really helped us kind of find who he was. I was glad Gomez was around long enough to have a character arc. He was kind of like the subservient wife [at first]. And as time went on, as he got promotions and with Hank not taking the gig in El Paso and Gomie getting the gig in El Paso and coming back with a beard, looking a little tougher and standing up for himself a little bit more -- it was cool to have this arc with this relationship.

Gomez is a by-the-book cop. He's the only character not to break bad. Hank did a few bad things. He picked that fight, and he beat up Jesse. Even Walt Jr. tried to buy liquor at that store. It's weird, because the Mexican guy is always the bad guy [in Breaking Bad], but it ended up that a Mexican guy was the true, honest guy. He stood up for what he believed in. He stayed true to his partner. You couldn't ask for a better way to go out.

Would you like to see some closure with Gomez's death?

They have the coordinates to the grave, so maybe they could find the bodies. Nobody talks about Gomez's wife. Everyone's sad about Marie, but Gomez is married too. That's bad for cops to disappear. And federal cops! That's hardcore. And that's the thing about Breaking Bad. Everything is hardcore. But they didn't really show us dying, which is weird since they show everyone else [throughout the series] dying hardcore. With us it wasn't as graphic. I don't know how they chose to do that. I guess maybe because they were kind of sad.

I posted a picture online on my Facebook. It's a picture of me and Michelle McLaren and Dean, and we were rehearsing the shootout and we have the guns in our hands. Todd's uncle goes "Show us your badges! How do we know you're cops?" I said "Because Dean Norris plays a cop in every damn TV show." And Bryan had my camera and took a picture of it. So I had that photo and I put it on my Facebook. I got to go out on a really funny comment in a really bad situation. 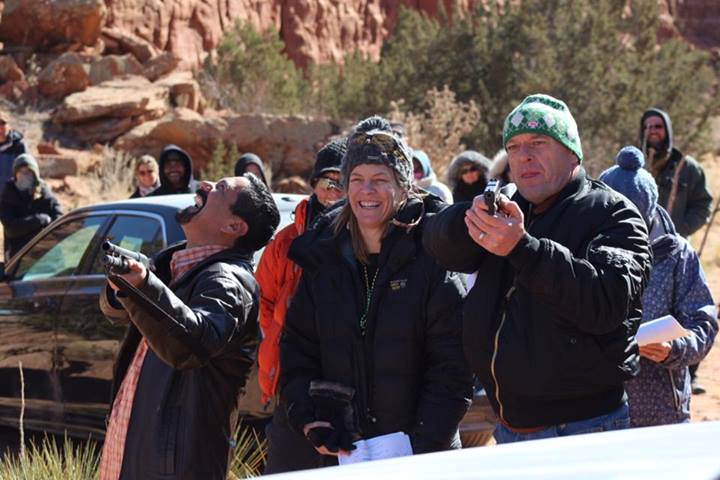