Mariah Carey with Hit-Boy, "Potential Singleeeee" and FINISHING TOUCHES ON THE ALLEGED ALBUM

Just within the past hour, the superstar Diva/multioctave singing behemoth/casual platinum seller/master of the costume change/part time ice cream peddler and perfume pusher, Mariah Carey posted to instagram a photo of her and Hit-Boy. 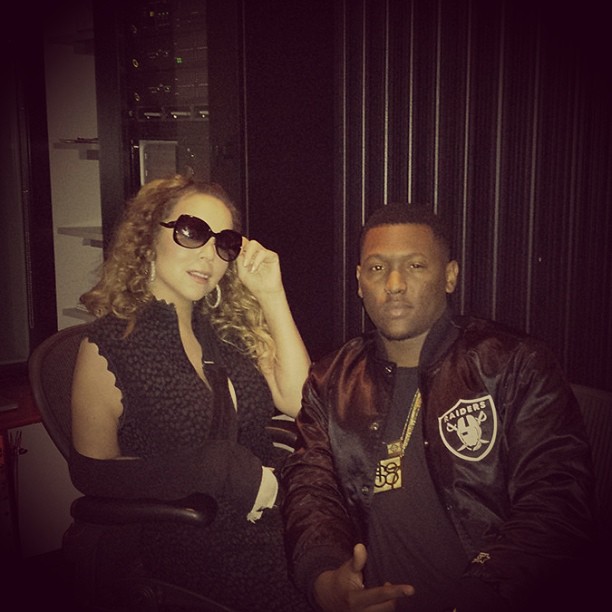 With the following caption:

Additionally, Mariah announced that the finishing touches are being put on her album. We assume that, being unable to werk her hand choreography, she had enough spare time to finish the album. It's slated for release sometime in Sepoctvember 2013-14!

Last night in the studio, putting finishing touches on my album, cast and all lol/col. #excited!!! pic.twitter.com/KxaU0eXnJv