Kennedy also offers his thoughts on brother-in-law Andrew Cuomo ("lacks humanity"), Jesse Jackson and the Rev. Al Sharpton (both give him "the creeps") 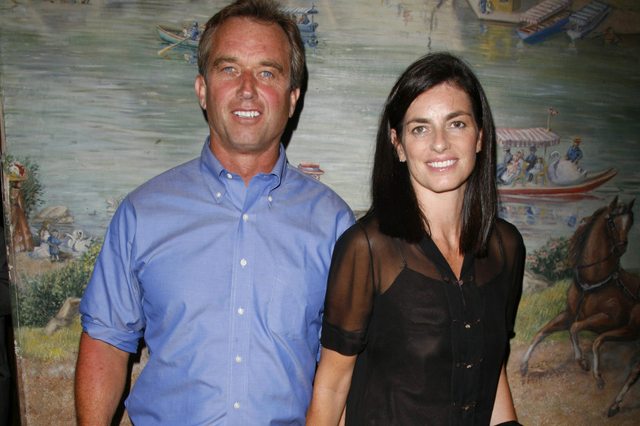 Robert F. Kennedy Jr. grappled with what he called his biggest defect — “my lust demons” — while keeping a scorecard of more than two dozen conquests, according to his secret diary. The thick, red journal was found in their home by his wife, Mary Richardson Kennedy, who, distraught over their impending divorce and Kennedy’s serial philandering, committed suicide last year.

A copy of the 398 pages, reviewed by The Post, details RFK Jr.’s daily activities, speeches, political activism and the lives of his six children in the year 2001. But they also record the names of women — with numbers from 1 to 10 next to each entry. The codes corresponded to sexual acts, with 10 meaning intercourse, Mary told a confidant. There are 37 women named in the ledger, 16 of whom get 10s.

On Nov. 13, 2001, RFK Jr. records a triple play. The separate encounters — coded 10, 3 and 2 — occur the same day he attended a black-tie fund-raiser at the Waldorf-Astoria for Christopher Reeve’s charity, where he sat next to the paralyzed “Superman” star, magician David Blaine and comic Richard Belzer. It was a hectic month for Kennedy, who traveled to ­Toronto, Louisiana and Washington, DC — and listed at least one woman’s name on 22 different dates, including 13 consecutive days. Most women are identified only by first name in the ledger. They include a lawyer, an environmental activist, a doctor and at least one woman married to a famous actor.

A Post reporter who questioned Kennedy Friday about the diary was first met with six seconds of stunned silence. “I don’t think there is any way you could have a diary or journal of mine from 2001,” Kennedy then said. “I don’t have any comment on it. I have no diary from 2001.”

He later changed his statement in an e-mail, saying the diary was "illegally stolen" from him. "The diary served as a tool for self-examination and for dealing with my spiritual struggles at the time. It also contains unedited, unfiltered stream-of-consciousness musings about current events and people."

The diary is laced with Kennedy’s Catholic guilt over his infidelities, which follow the same pattern of affairs pursued by his uncles, John F. Kennedy and Ted Kennedy, as well as his own father.

On days without a woman’s name, Kennedy would often write “victory.” This meant he’d triumphantly resisted sexual temptation, according to a source close to Richardson. 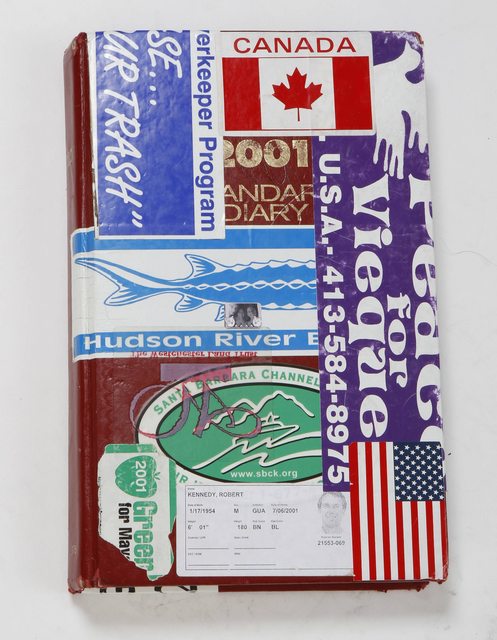 “Despite the terrible things happening in the world, my life is . . . great,” he wrote on Nov. 5, 2001. “So I’ve been looking for ways to screw it up. I’m like Adam and live in Eden, and I can have everything but the fruit. But the fruit is all I want.”

The 59-year-old son of the assassinated US senator was so tortured by his desire that spending a month in jail in Puerto Rico was a welcome respite.

“I’m so content here,” he writes during his July 2001 incarceration for taking part in protests of the US Navy’s bombing exercises in Vieques. “I have to say it. There’s no women. I’m happy! Everybody here seems happy. It’s not ­misogyny. It’s the opposite! I love them too much.”

Yet Kennedy adds, “I love my wife and I tell it to her every day, and I never tire of it and write her tender letters.”

Nine years later, Kennedy and his wife separated when he filed for divorce. And on May 16, 2012, Richardson, 52, committed suicide by hanging herself in an outbuilding on the couple’s Bedford ­estate.

Kennedy’s cheating had become a huge issue in the marriage.

Richardson told a friend that her husband noted the names of his romantic conquests on pages in the back of his journal under the preprinted heading “cash accounts.”

The journal begins with word that Richardson is pregnant with the couple’s fourth child.

The couple had known each other since Richardson was 14 and a boarding-school roommate of Kennedy’s younger sister, Kerry. They married in 1994, weeks after Kennedy divorced his first wife, Emily Black, with whom he had two children.

Richardson was pregnant with their first child, Conor, when they married. They moved into the 1920 clapboard house in Westchester County.

Kennedy, an environmental lawyer and board president of the nonprofit Waterkeeper Alliance, spent much of his time traveling to give speeches, according to his diary.

He had recently been weighing a possible Senate run for New York, before Hillary Rodham Clinton stepped into the race. Richardson stayed home with the children.

The beautiful brunette struggled with depression and alcoholism. Her husband described her at her funeral as “fighting demons.”

The couple was not yet divorced when she died and were bitterly arguing over issues involving custody and finances. Kennedy had temporary custody of the four children and was dating actress Cheryl Hines.

A sealed document in which Kennedy portrayed his wife as an abusive alcoholic who beat him up and threatened suicide in front of the children was leaked to the press.

Kennedy said in the affidavit that by 2001 he had “lost hope” in his marriage and was “committing numerous infidelities to keep my sanity,” according to a published report.

But his journal paints a different picture. He barely mentions his wife’s emotional problems, making just a passing reference to her struggles with depression.

When he is jailed in Puerto Rico, he writes on July 8 that “I finally spoke to my wonderful wife and that was a joy. She is very strong and cheerful.”

The couple’s son, Aiden, was born just days later. He writes: “I’m so proud of my Mary. She has become the woman I fell in love with — through hard work. She has overcome her fears, enshrined her faith, abandoned self-pity and blame and immersed herself in gratitude and God gave her a baby . . . a beautiful and serene and happy soul. I am so happy. I couldn’t be happier or more grateful for the life and the wife God has given me.”

He also found time to muse on his own weakness.

“After daddy died I struggled to be a grown-up . . . I felt he was watching me from heaven. Every time I was afflicted with sexual thoughts, I felt a failure. I hated myself. I began to lie — to make up a character who was the hero and leader that I wished I was,” he writes on July 25.

Kennedy writes near the end of his jail sentence that he has a “three-point plan” for “fixing my greatest defect . . . my lust demons.” He doesn’t write down the plan, leaving the subsequent days of the diary blank.

An entry five days later reads “Drove to Cape with Mary and all the kids.” By mid-August, he again records women’s names in the back of his journal.

Kennedy holds back on any detailed description of his conquests and bizarrely portrays himself as a kind of victim. He uses the word “mugged” as shorthand for being seduced.

“I narrowly escaped being mugged by a double team of [two women]. It was tempting but I prayed and God gave me the strength to say no,” he writes on Feb. 6. A few days later, on Valentine’s Day, he gives his pregnant wife orchids, he notes.

On May 21, he writes about hosting dinner for Leonardo DiCaprio, driving the actor to the city and then meeting someone else in Manhattan. He notes he “got mugged on my way home,” recording a 10 with the name of a woman next to it.

In another entry, he tells himself to “avoid the company of women. You have not the strength to resist their charms” and to “be humble like a monk. Keep your hands to yourself. Avert your eyes.”

In summer 2001, Kennedy writes that “I have been given everything that I coveted — a beautiful wife and kids and loving family, wealth, education, good health and a job I love yet always on the lookout for something I can’t have. I want it all,” he writes. “No matter how much I have — I want more.”

In other entries, RFK Jr. surprisingly takes some shots at political colleagues, including New York Gov. Andrew Cuomo, who is his brother-in-law; Jesse Jackson and the Rev. Al Sharpton.

Kennedy predicted Cuomo could fail at his (then-unsuccessful) gubernatorial campaign “because he lacks humanity and doesn’t love people,” and “is not a retail politician.”

Kennedy said that Jackson possessed “a desperate and destructive addiction to publicity,” recalling an incident at Cesar Chavez’s funeral when Jackson pushed “Cesar’s friends and family out of the way to make himself lead pall bearer.”

“His love affair with Louis Farrakhan and his Jewish xenophobia are also unforgivable,” he added of Jackson. “I feel dirty around him, and I feel like I’m being used. I feel like with Jesse, it’s all about Jesse.”