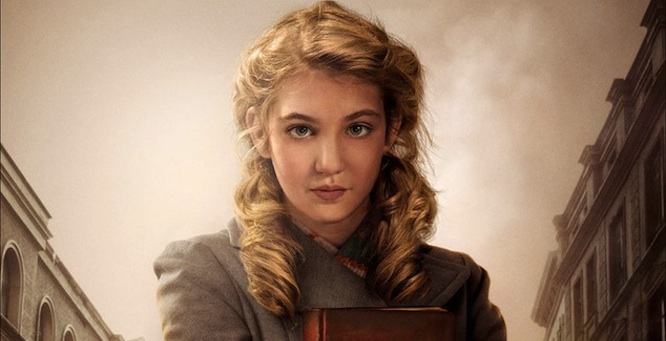 The first movie poster for the film adaptation of The Book Thief has been released.

The first poster features newcomer Sophie Nélisse as Liesel Meminger, pictured against a background of Nazi Germany. In the poster, we see Liesel having just committed the act of thievery – she has just stolen the book she is holding from the book burning taking place behind her.

Author Markus Zusak commented on the poster, saying “It’s gorgeous and stunning, and perfect in its image of Liesel, caught in the act of book thievery.”

He added, “If you could see me now, you’d catch me smiling…and why? She’s many things, that girl, but to me, right now – she looks ready.”

We think so too. 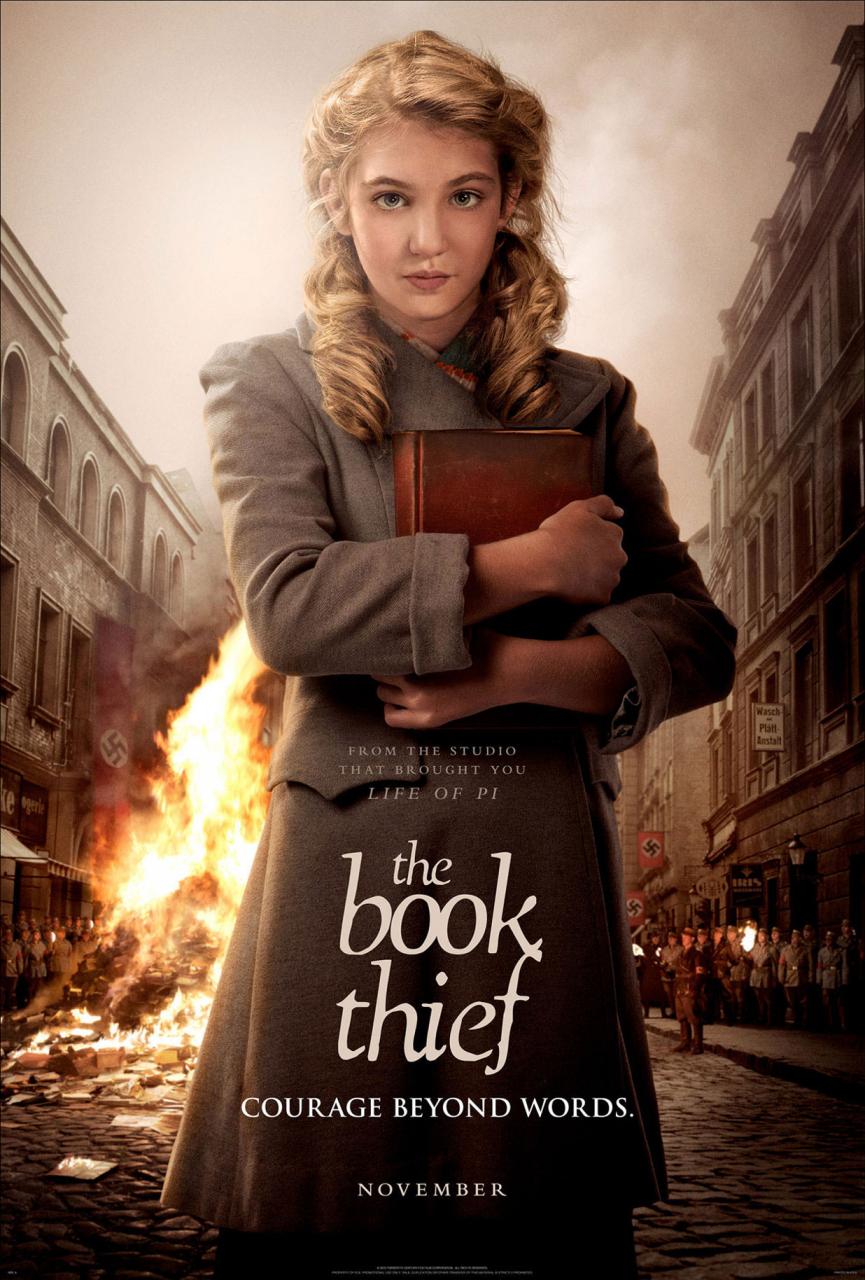 The Book Thief is the hugely anticipated adaptation of Markus Zusak’s bestselling book of the same name. It is the story of Liesel, who is sent to a foster family in Germany during World War II. When her family decides to takes in and hide a Jewish fighter, all of their lives change forever.

The film stars Nélisse, supported by veteran actors Geoffrey Rush and Emily Watson. The first trailer was recently released, and has been met by praise from many fans of the book.

Related: Nine reasons to get excited for The Book Thief movie

The Book Thief movie adaptation will be directed by Brian Percival, who has previously worked on Downton Abbey. The film will be scored by Academy Award winner John Williams, who has scored films from Harry Potter to Schindler’s List.

In addition to The Book Thief, Williams will be busy scoring the next three Star Wars films.

The Book Thief is set for release on November 15, 2013 in the United States.

Edit: Updated with a higher-res pic.