Harry Styles and Cara Delevingne go see Book of Mormon -- back on again? 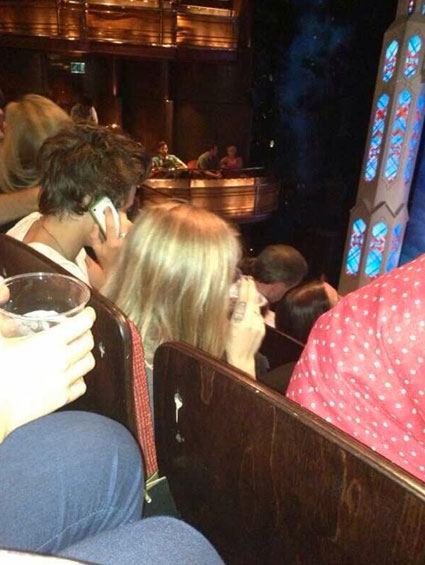 Ah, Harry Styles and Cara Delevingne. They're in that celeb social circle we *all* wanna be part of. The clique that can play with Nick Grimshaw's quiff anytime, anywhere. The group who manage to make it to work looking nothing short of per-fect the next morning despite being up till 6am and grabbing a Maccies on the way home. But obviously being in the top showbiz set means you're never gonna hear the end of the dating rumours...something Hazbot and Delasagne know all too well.
So now - after the pair attended The Book of Mormon musical in London's West End together last week - those inevitable 'OMGZ THEY'RE TOGETHER' whisperings are popping up again...and this time they're apparently having some kind of secret 'on/off' fling. Hmm. 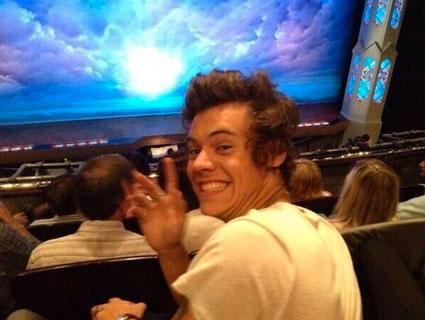 Chatting to Look magazine, an insider said: "They have great chemistry. Sure, they've always agreed to keep things super-casual and private because of their crazy worlds, but Harry genuinely likes Cara a lot - he has done ever since they met three years ago.
"They've actually had an on/off thing going all this time when they're in the same city, but they've never had the chance to give a real relationship a shot. I can't imagine she wants to join the list of women who have been Harry'd."
'HARRY'D'.

The source continued yapping: "Of course he might profess his love for her - and he has done that on many occasions - but she's heard it all before. He said that to her just a month before he went public with Taylor, so I imagine she's learned her lesson."
Probably, yeah.
What do you think? Are Harry and Cara actually a thing 'when they're in the same city' (?) or is this another load of BS?
SOURCE

This commentary is atrocious, but it is interesting that they are still hanging out, whether it means that they're back together or just chilling.
Tags: models, one direction
Subscribe