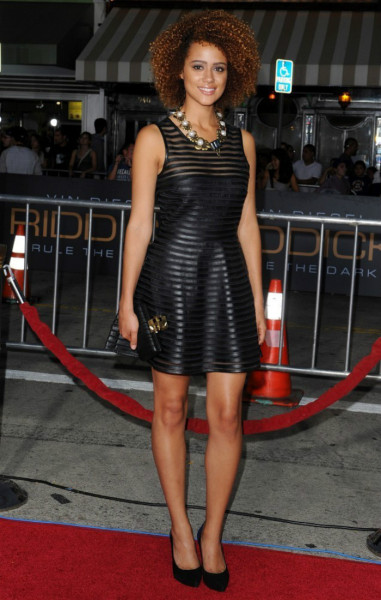 Deadline are reporting that Nathalie Emmanuel has been cast in James Wan’s ‘Fast & Furious 7.’ Universal Pictures is keeping character descriptions under wraps, but a source close to the project says that Emmanuel will be part of the pedal to the metal team led by Dom Toretto, played by Vin Diesel. The British actress is currently seen on HBO’s ‘Game Of Thrones’ in the role of Missandei, personal aide to exiled princess Daenerys Targaryen.

Last week it was reported that Kurt Russell is in negotiations to join James Wan’s ‘Fast & Furious 7.’ No description on who Russell would be playing, but sources say it is the role that Universal Pictures originally offered to Denzel Washington — clearly showing its importance to the films story. The latest installment in the Fast & Furious franchise already has Tony Jaa, Ronda Rousey and Jason Statham on-board as new additions to a series that stars Vin Diesel, Paul Walker, Tyrese Gibson, Michelle Rodriquez and Dwayne Johnson. No plot details have been unveiled yet, except that the film will return to Los Angeles after the previous five films were set in other locations. This May’s ‘Fast & Furious 6′ is the highest grossing film for Universal Pictures, having made more than $750 million at the worldwide box office.