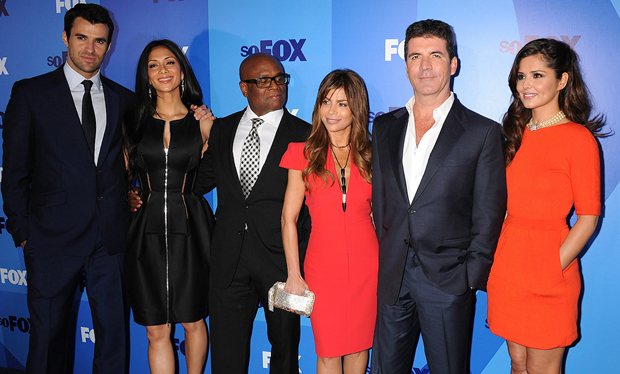 After serving as the flagship sponsor of Fox’s The X Factor for its first two seasons—an agreement that included extensive integrations and interactive elements—Pepsi has passed on a third go-around with the show.

Also stepping away from the struggling musical-competition program is General Motors’ Chevrolet marque. (Although they bailed last year)

When Pepsi first signed on as The X Factor’s primary sponsor in March 2011, it ponied up some $60 million for the opportunity. At the time, Simon Cowell’s new show was being touted as the next American Idol, a comparison that would prove to be unfounded. After bowing Sept. 21, 2011, to 12.5 million viewers and a 4.4 rating in the 18-49 demo, Factor failed to build on those results.


If the inaugural season didn’t live up to the hype (that same year, precursor Idol averaged 23.1 million viewers and a 7.3 in the dollar demo, roughly double Factor’s deliveries), Season 2 really never caught fire. Per Nielsen live-plus-same-day data, Factor’s second year averaged just 8.28 million viewers and a 2.9 among the under-50 crowd despite adding of Britney Spears and Demi Lovato.

For all that, Factor was still one of last season’s top-20 programs. When seven days of time-shifted viewing are brought into consideration, the show averaged a respectable 3.5 in the demo.

Happily for Fox, two other heavies have stepped in to fill the void left behind by the soft drink, automotive and telecom giants. On Friday, the network announced that it had signed Honda and Procter & Gamble as season-long backers of Factor.

Honda will leverage its sponsorship as a means to kick-start the launch of its 2014 Odyssey minivan. As the official auto sponsor of Factor, Honda’s Odyssey will be integrated in three episodes of the show, which returns for its third season on Sept. 11 and 12.

Per terms of the deal with Fox, Honda also will sponsor Factor’s digital voting and Fan Rewards program.

“Families across the U.S. have a very personal relationship with their Hondas, and integrating our vehicles into one of America’s top-rated programs allows us to extend that connection to The Factor’s viewers and participants,” said Michael Accavitti, svp of auto operations at American Honda, by way of announcing the deal. “As a part of our season-long sponsorship, the redesigned 2014 Odyssey will be an integral part of the contestant experience, and our engagement with The X Factor community will extend beyond the show through a robust social media and online presence.”

For its part, P&G said that Factor presents “a natural fit for our collection of beauty brands.” TV’s leading advertiser will use its Factor partnership to promote its Cover Girl cosmetics line, Herbal Essences hair care and Secret deodorant/antiperspirant products.

When Factor returns with its first auditions episode, it will go head-to-head with the third installment of NBC’s much-hyped new game show, The Million Second Quiz and the 33rd of 36 episode of CBS’ Big Brother. (ABC and the CW are both in repeats.) The Thursday night show will face off with Quiz, Big Brother and a special CBS fall preview.

Way to go after that younger demographic, promoting a minivan.
Tagged: television - fox, x factor (us)

lovedforaday
September 7th, 2013, 01:53 am
Way to go after that younger demographic, promoting a minivan.

maybe they finally realize the majority of the people who care about these shows are over 38 or something.

hence the overuse of dancers and flashy lights.

I miss steve jones and his hairy chest

morbo_rozilla
September 7th, 2013, 02:40 am
Only reason why I stumbled in this post and I am NOT disappointed.
(no subject) - (Anonymous)

Paula looks amazing in that picture!

godney
September 7th, 2013, 02:03 am
Whatever, we all know Britney brought in new viewers that replaced the ones who didn't come back after season 1. I'm sure this season will show that.

heygrumpy
September 7th, 2013, 03:10 am
seriously. the xtra factor alone is better than anything about the US xfactor.

britneys
September 7th, 2013, 02:07 am
I still honestly believe that firing Cheryl (and all the other judge issues) is what doomed this show from the start. Their dumb ass attempts at generating buzz backfired every time.

that's partly why i love seeing this flop

pinkhearts41
September 7th, 2013, 02:28 am
I think the bigger problem was he took so long to get the show on air after he left Idol and the Voice premiered before it. People were over Simon and it wasn't anything new.
(no subject) -

fight4thislove
September 7th, 2013, 02:58 am
I still firmly believe Cheryl getting fired was karma for Simon. By sacking Cheryl, he essentially started his own downfall.

hollygohardly
September 7th, 2013, 02:16 am
I hate all these stupid shows but seriously I think they would be doing a lot better if they did live-streaming with hulu or something...

mikeblitzz
September 7th, 2013, 02:21 am
why would Pepsi continue backing them if the biggest star they've had on it, Britney Spears, left? Obviously this show is a sinking ship.

lipstiq
September 7th, 2013, 02:31 am
I mean I still think the show/idea/concept is better than American Idol at least.

I want it to crash and burn
(no subject) -

boweeko
September 7th, 2013, 03:19 am
they were both dropped from their label almost immediately

hearthecity
September 7th, 2013, 03:23 am
that's so shady, aren't you guaranteed an album that actually gets released?

_twenty
September 7th, 2013, 03:31 am
Surprisingly, Melanie is still signed to Epic. (despite not being listed on the website)

But I don't know why they still have her around. Her album has been postponed indefinitely and her website and Facebook haven't been updated in almost a year.
(no subject) - (Anonymous) Expand
(no subject) -

realdx
September 7th, 2013, 05:51 pm
She was in my country along with a few x factor winners/runner ups
for X-Factor Around the World.
I never approved the winner of X Factor Indonesia.
←
→