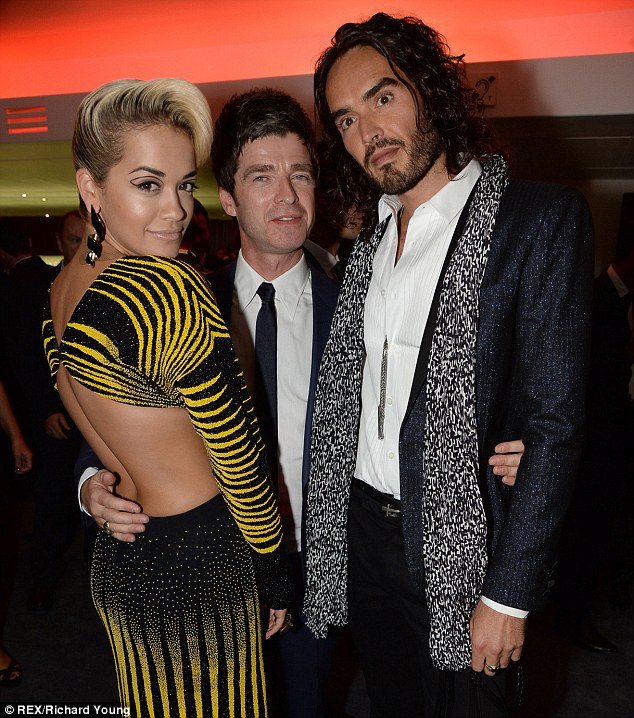 Russell Brand might have been a winner at the GQ Men of The Year Awards earlier this week, but the outrageous comedian left a loser after he made a crude comment about event sponsors Hugo Boss and their history with Nazi Germany and was reportedly ejected from the event afterparty over the comment.

The Forgetting Sarah Marshall star drew gasps as he collected his Oracle of the Year prize at the star studded event on Tuesday night when he mentioned how Hugo Boss produced uniforms for the German army during World War II.

"If any of you know a little bit about history and fashion, you'll know it was Hugo Boss (who) made the uniforms for the Nazis," he said to a shocked audience. "The Nazis did have flaws, but they did look f**king fantastic, let's face it, while they were killing people on the basis of their religion and sexuality!"

Brand wasn't done there though and later in the speech placed a finger under his nose as he impersonated Aldof Hitler, the infamous dictator.

"I'm a comedian and it's my job to make jokes about things. Hugo Boss, it's fair enough, he might not have known! 'We're selling a lot of these f**king (uniforms), they're flying off the shelves!' Don't take life too seriously, soon we'll all be in the grave. Oh f**k!" he added.