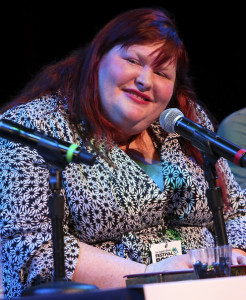 Suzanne Collins post-apocalyptic novels, "The Hunger Games" catapulted to the top of the best-selling list following the release of the film adaptation. Surprisingly, Cassandra Clare's novels, "The Mortal Instruments" followed the same fate after the release of the film adaptation starring Lily Collins and Jamie Campbell Bower. In fact, "The Mortal Instruments" has even managed to top "Hunger Games" off the New York Times best-sellers.

Right after the nationwide release of "The Mortal Instruments: City of Bones" on Aug. 21, kids of all ages had immediately flocked to the nearest book store to get their hands on Cassandra Clare's novels. "The Mortal Instruments" is a series of six books that is much like "Harry Potter" with a world hidden from our own. It's not surprising that Clare's novels has managed to top "Hunger Games" books written by Suzanne Collins on the New York Times best-seller list.

In a report by ABC news, the author opens up about her novels and what pushed her into writing the world of "Shadowhunters," "Mundanes" and "Downworlders."

"I was fascinated by mythology and demons and angels and wove those things together and also the granddaughter of a producer of horror movies so I have an imagination that always goes to those places," stated Clare.

As for topping the NYC list, rivalry between writers is sure to commence. Of course, Clare is nothing but professional about it.

"Success for one is success for all of us. The better we do as a group the better for children's publishing and more respect for the kind of writing we do. It's about more than us," explained Cassandra.

Check out the slideshow to see more of "The Mortal Instruments: City of Bones", the first book in a series of six.