The BBC Kind of Responds to 50th Anniversary Trailer Controversy 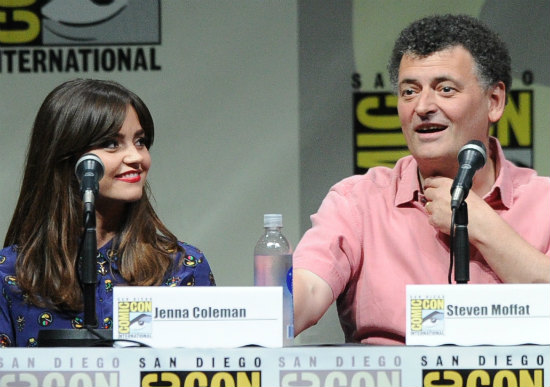 "Doctor Who" is edging ever closer to the highly anticipated 50th Anniversary Special, and BBC is responding to the growing backlash and criticism over the lack of advertising.

"We can assure you our 50th celebrations will in no way be muted," writes BBC on the official Facebook page. "We'll have details soon but for now, trust us! You won't miss our celebrations, promise."

"Doctor Who" 50th Anniversary has been much anticipated for years now, and ever since the Comic-Con trailer graced the panel hall and not the Internet, fans have been grumbling towards BBC for not treating fans to more 50th details.

But, as Doctor Who TV guest contributor Henry de Ferrars notes, "People are getting so fixated on this one trailer that they're ignoring all of the other advertising that the BBC have been inconspicuously weaving into our lives." [OP -- Uh... like what?]

"We all need to be patient. I don't think that BBC have made or are making any mistakes in terms of their marketing and advertising. We don't need a trailer yet, but I think that because we know it's there, floating around in the BBC network just waiting to be aired, makes us want it even more."

@thetimelord_ Oh we're going to give you so much more than a trailer... patience. It's worth the wait - we promise.

"We all have to be Amelia Pond. The girl who waited," writes Twitter user You Watch us Run.

In addition, it seems a rumor is circulating that Winston Churchill, played by Ian McNeice on "Doctor Who," will likely be reprising his role.

Given the timing, it seems the Christmas Special is the most logical place for the actor to appear. Since allegedly letting the news slip during a convention Q&A, McNeice has gone on Twitter to deny the rumors.

@DrWho247 there is absolutely a false rumour there is no truth that I am returning to Doctor Who. P