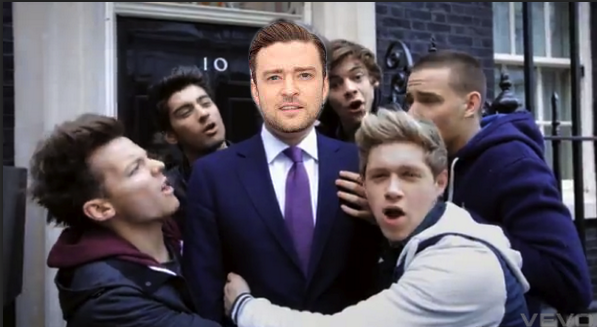 Justin Timberlake has denied claiming that *NSYNC are a better group than One Direction.

The 'Mirrors' singer said that the quotes were taken out of context in a message posted earlier today (September 1).

He pointed out that the question was about which band would win in a pie-eating contest.

He tweeted: "I thought the question was about a pie eating contest. My bad. #newsworthy"

“@NME: Justin Timberlake: N Sync are better than One Direction... I thought the question was about a pie eating contest. My bad. #newsworthy

He was quoted by The Breakfast Club as saying: "I have not seen them on stage, but I'd be willing to say that we're better than them.

"But I don't feel like I'm laying down any gauntlet. I've seen them a couple times and I like those guys. It's interesting to see this whole wave of that come back around."