Sharon Osbourne has revealed that she’s not bothered whether her return to The X Factor will boost its viewing figures or not. 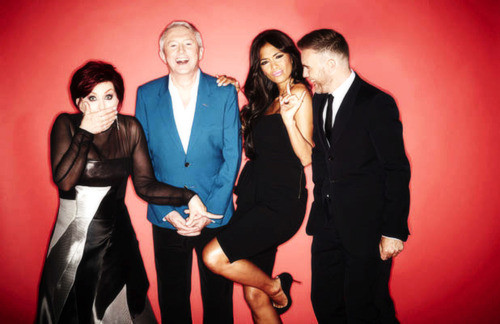 The ITV talent contest suffered embarrassment last year, after it was consistently thrashed in the ratings by BBC arch rival Strictly Come Dancing, for the first time in years.

The X Factor 2012 averaged 9.63million viewers across its run – more than 2.4million down on the previous series – while Strictly drew 10.8million viewers.

Osbourne’s return to the X Factor judging panel after a five-year absence is widely seen as an attempt to reverse the sharp decline in its audience numbers.

However, speaking at a press conference for its tenth series in London yesterday, Osbourne rubbished the suggestion, saying: “Um, the ratings… I wasn’t here, it’s not my thing, the ratings are down, in, out, I don’t care.

The 60-year-old also confirmed that she hadn’t seen the show since her departure in 2007, joking: “I only watch when I’m in. I don’t watch anybody else, don’t be ridiculous!”