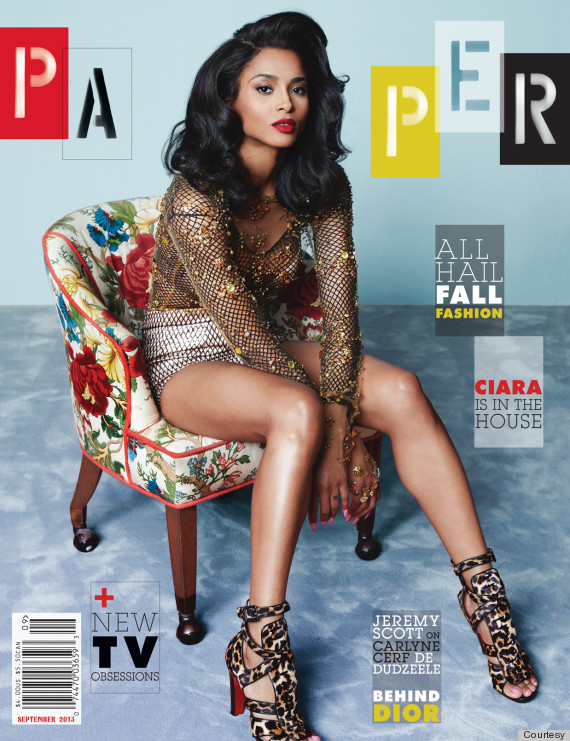 Ciara's cover for the September issue of Paper magazine is absolutely beauitful! The clothes, the hair, the makeup -- everything is perfection. And beyond her stunning good looks we also know Ciara is an amazing dancer, which is why the magazine's staff made sure to get in a quick dance lesson.

Behind the Scenes of Paper's Ciara Cover Shoot from PAPER Magazine on Vimeo. 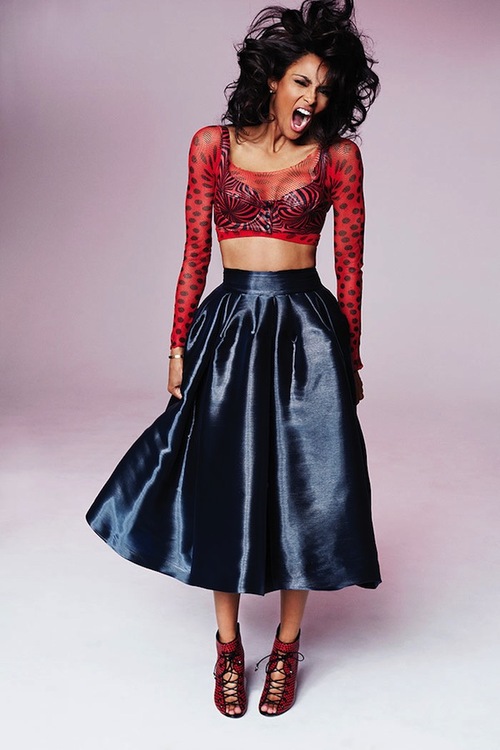 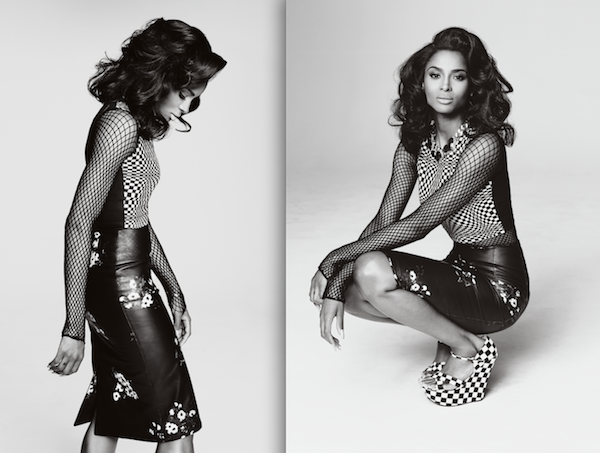 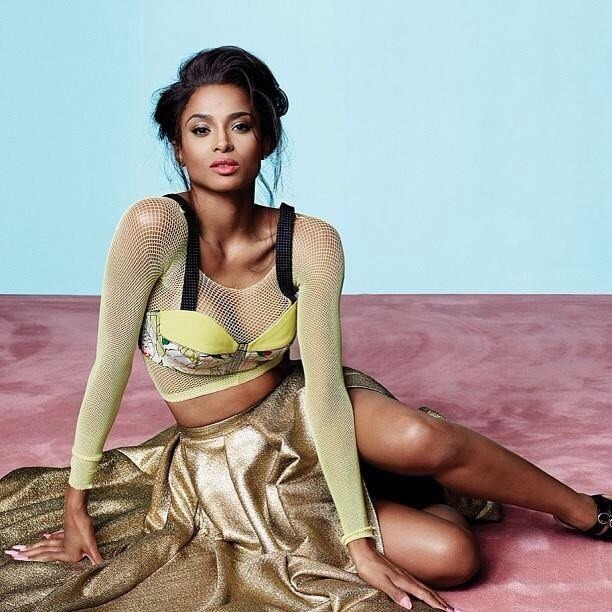 View what Ciara had to say about her "future" and more below.

On Being a Little More of a Tomboy:

“I don’t wear a dress regularly, but even if I do, you have to put some attitude into it. I like a leather skirt, which gives you some toughness, but a feminine touch too. I like the androgynous thing with a hard edge: I make things rock ‘n’ roll — but still pretty.”

On Being Less Guarded:

“I want my fans to get to learn more about me. I’ve been very blessed with my success, but my music hasn’t given a clear voice to who I am.[...]I thought it was better to be private, but self-reflection helped me to say, ‘You need to live more. If you worry so much about things, your head is going to explode. Just live. Something has to give.’ I was holding back so much that I wasn’t letting myself explore and live.”

On Her Romance With Future:

“He’s very understanding and he’s my best friend. It’s important to have a feeling that you can talk about anything and know a person’s going to be there and support you. When we’re together, it’s not about who we are. I feel very normal, very safe and loved. Being able to speak about it is a whole different thing for me. I’m not thinking or caring too much about what anybody has to say anymore. Once you start over-thinking and worrying, you start getting close to insanity. I want my sanity and a life and happiness.”

On Not Putting Out Bitter Love Songs About Her Exes:

“It’ll come to light. Whatever energy a person gives you, they’ll have to deal with that. I’m not necessarily going to be so direct in a song.”

On Growing Up as an ‘Army Brat’:

“I’m what you call ‘love rich.’ We didn’t have all the money in the world, but I had all the attention. I grew up spoiled with love. I wasn’t trained to sing and dance but I knew I had something special and decided to explore it. I’ve been growing in front of the world, and I want to keep growing.”[...]“He taught me some of my moves. Some mean footwork!”

On Working with Nicki Minaj:

“She invited me to be on her album, Pink Friday Roman Reloaded: The Re-Up and I invited her to be on mine. I didn’t feel like there was any other person I wanted for that song. She came in and murdered the verse!” Not shockingly, the two had fun making the video, despite the exigencies of the shoot. “We didn’t sleep. We shot for about 25 hours. After a while, my body kept dancing, but my brain wasn’t there. At the end, I joked, ‘Now, I’m out.’”

On What She Has to Look Forward To:

“And I feel like my journey’s just beginning. On this journey, there’s much I haven’t done. I still feel like a little kid. I still have my youthful energy and spirit. I’m super excited by my future.”
*click image to enlarge*


Ciara confirms "Where You Go" for the US and "Overdose" as International Single's to be Released in September @ 2:12 in clip below

Musician Ciara performs at Easy, Breezy, Brooklyn hosted by Becky G and presented by MTV and COVERGIRL at Music Hall of Williamsburg on August 22, 2013 in the Brooklyn borough of New York City. 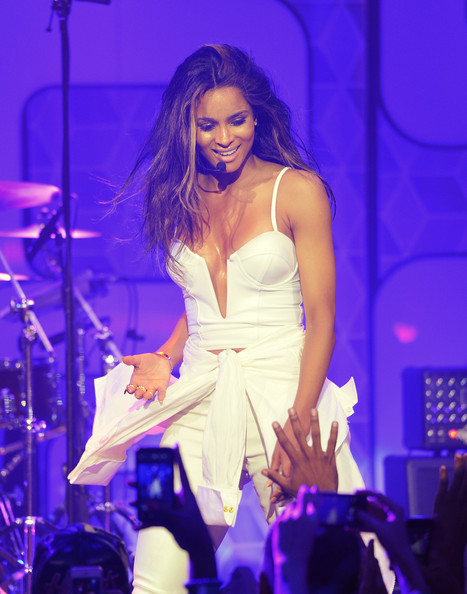 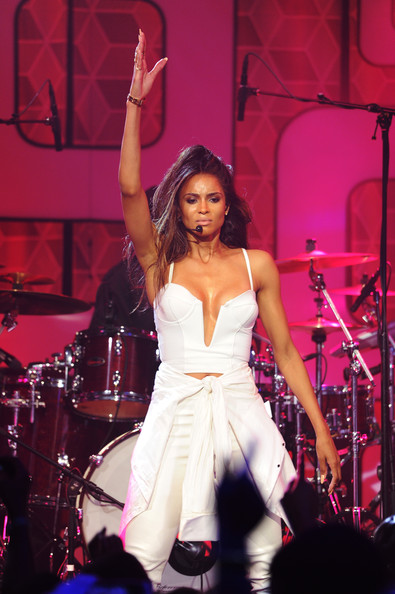 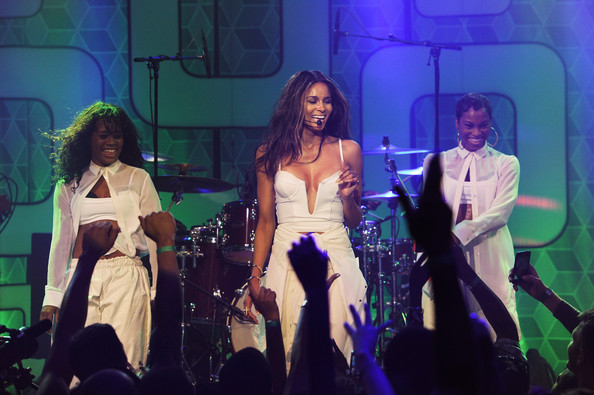 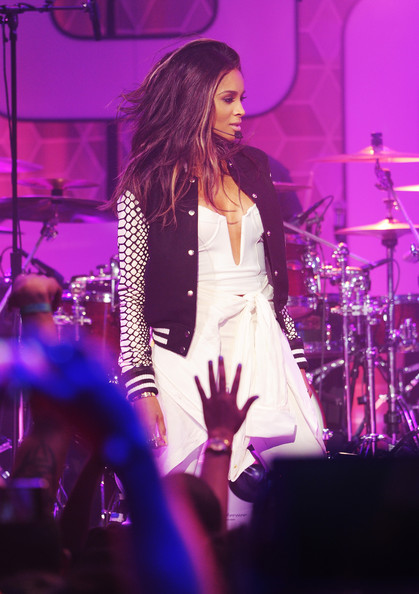 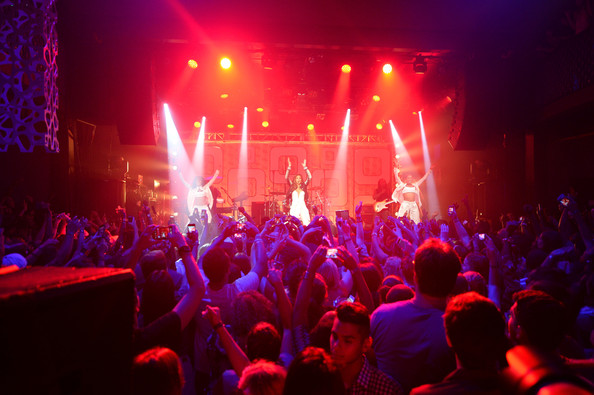 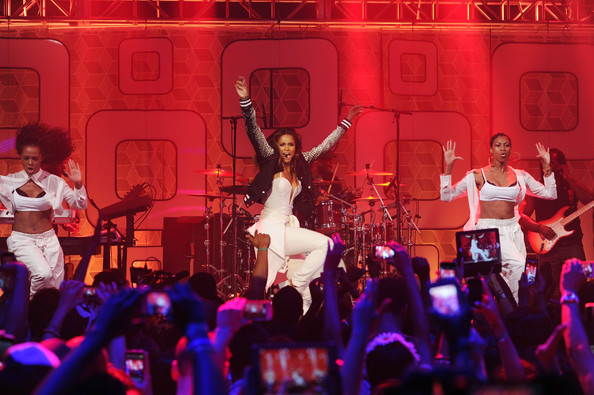 Ciara: What's In My Bag 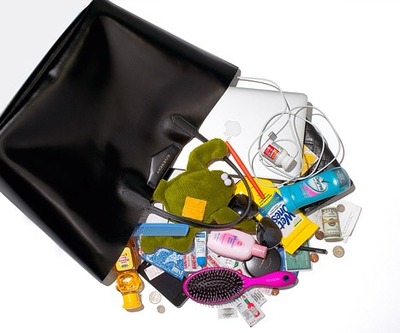 Ciara, 27, empties out her purse for Us! The "I'm Out" singer lugs around her MacBook Air -- but it's worth the weight. "I bring my laptop everywhere," says the R&B crooner, whose self-titled album is out now. "I watch old performances and sing along to make sure my voice is right before shows."

What else is stashed inside her Givenchy tote?


Dog's Best Friend
"My maltipoo, Tyson, likes playing with this frog toy, so I keep it within easy reach. It 'ribbits' when you squeeze it."

Go-to Glow
"MAC's bronzing powder is my favorite. The color looks great on my skin tone. I use it on my face and body."


Condiment Queen
"I've got Tabasco sauce and salt and pepper packets to make anything a little boring taste great. I also carry honey for my throat. I'm really glad that hasn't spilled all over."


Getting Fresh
"I don't leave home without deodorant. It's a must because I'm on stage so much. I'm into the Degree heat-activated kind -- it lasts! I also love to moisturize with baby lotion."

Bills, Bills, Bills
"I always have some cash on me. I carry stacks in rubber bands sometimes. A girl needs to be prepared!"

CIARA'S JOURNEY TO DO:MORE Teams up with Degree