She's known for her powerful voice.

But on Friday, it was Alicia Keys' updated 'do that made the loudest statement as she performed with Maxwell on ABC's Good Morning America Concert Series in New York City's Rumsey playfield,

After chopping off her sleek bob, the 32-year-old R&B singer-songwriter paraded her new pixie cut, joining multiple other celebrities such as Beyonce who have lost their long locks. 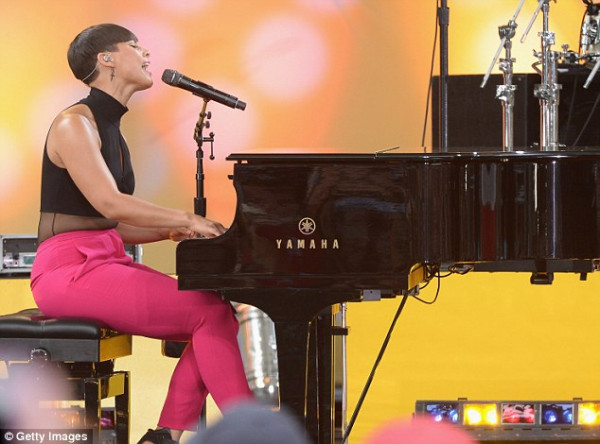 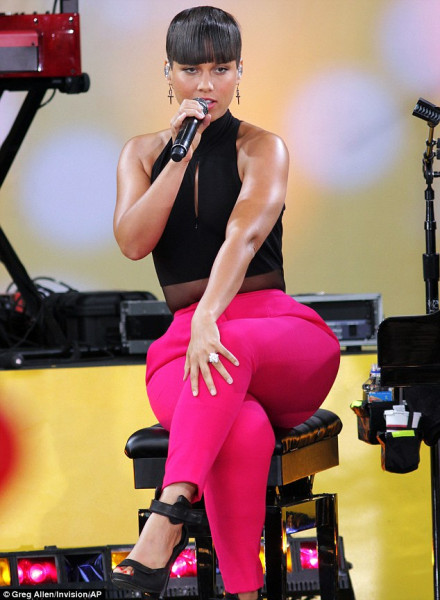