So you know how Jeremy Jordan is guest starring in a season two episode of Elementary?

On set of @elementary_cbs! Everyone here is awesome. Lucy Lui = class act. And amazingly, this ISNT a musical episode! #sometimesIactaswell

Guess who else from Broadway is also making an appearance? 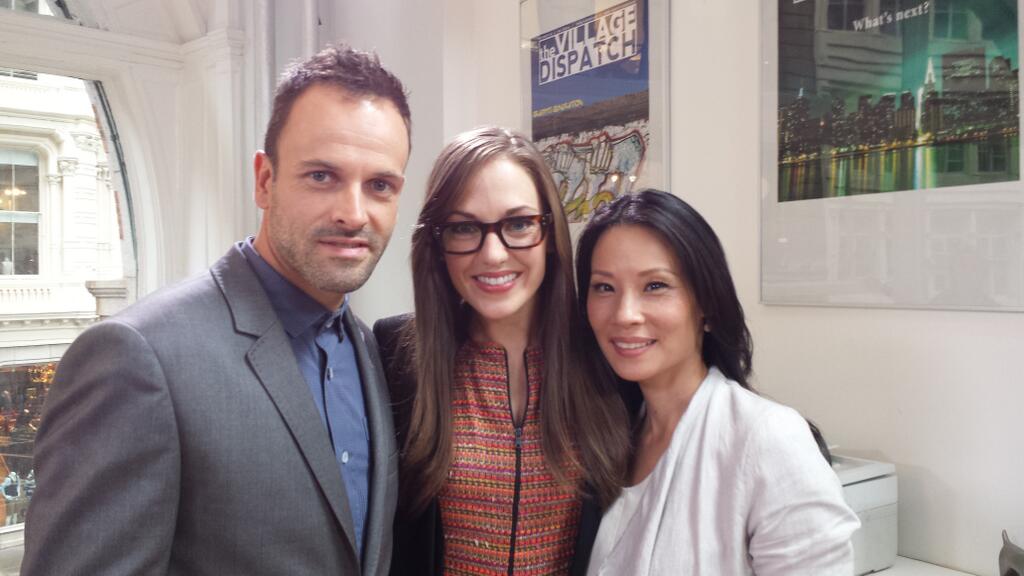 The lovely and excellent Laura Osnes was on set today. Aka Cinde-freakin'-rella!! pic.twitter.com/trruyxK2kO 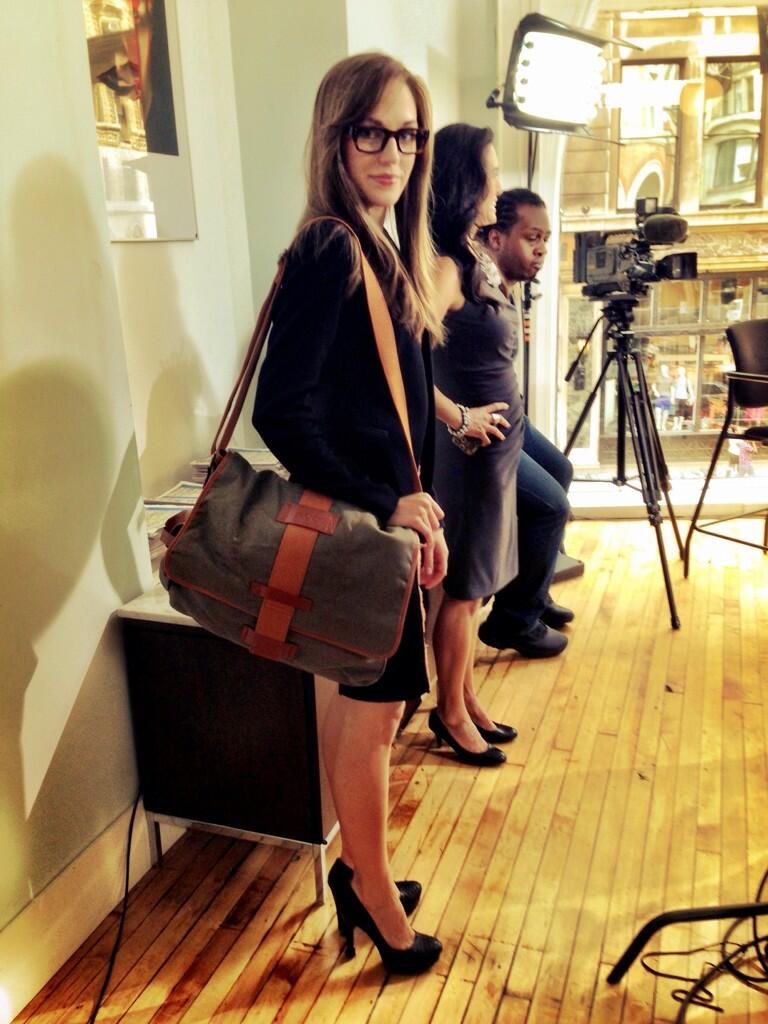 ELEMENTARY (returns 9/26, 10/9c, CBS) The show is back with a big bang when Sherlock Holmes (Jonny Lee Miller, below left) has an explosive reunion with his estranged brother, Mycroft (Notting Hill's Rhys Ifans, right, in a recurring role updated from Sir Arthur Conan Doyle's original stories). "Sherlock wronged Mycroft several years ago - he did something Mycroft thought was nearly unforgivable," executive producer Robert Doherty explains, "but Sherlock never really understood what the big deal was." Shot on location in London, the CBS hit's second-season premiere concludes as Mycroft levels the playing field with his younger sibling in a most incendiary manner. "What you see in this picture, believe it or not, is Sherlock and Mycroft approaching a kind of rapprochement," Doherty says. "But in a way that only two Holmes brothers could." The game is afoot! 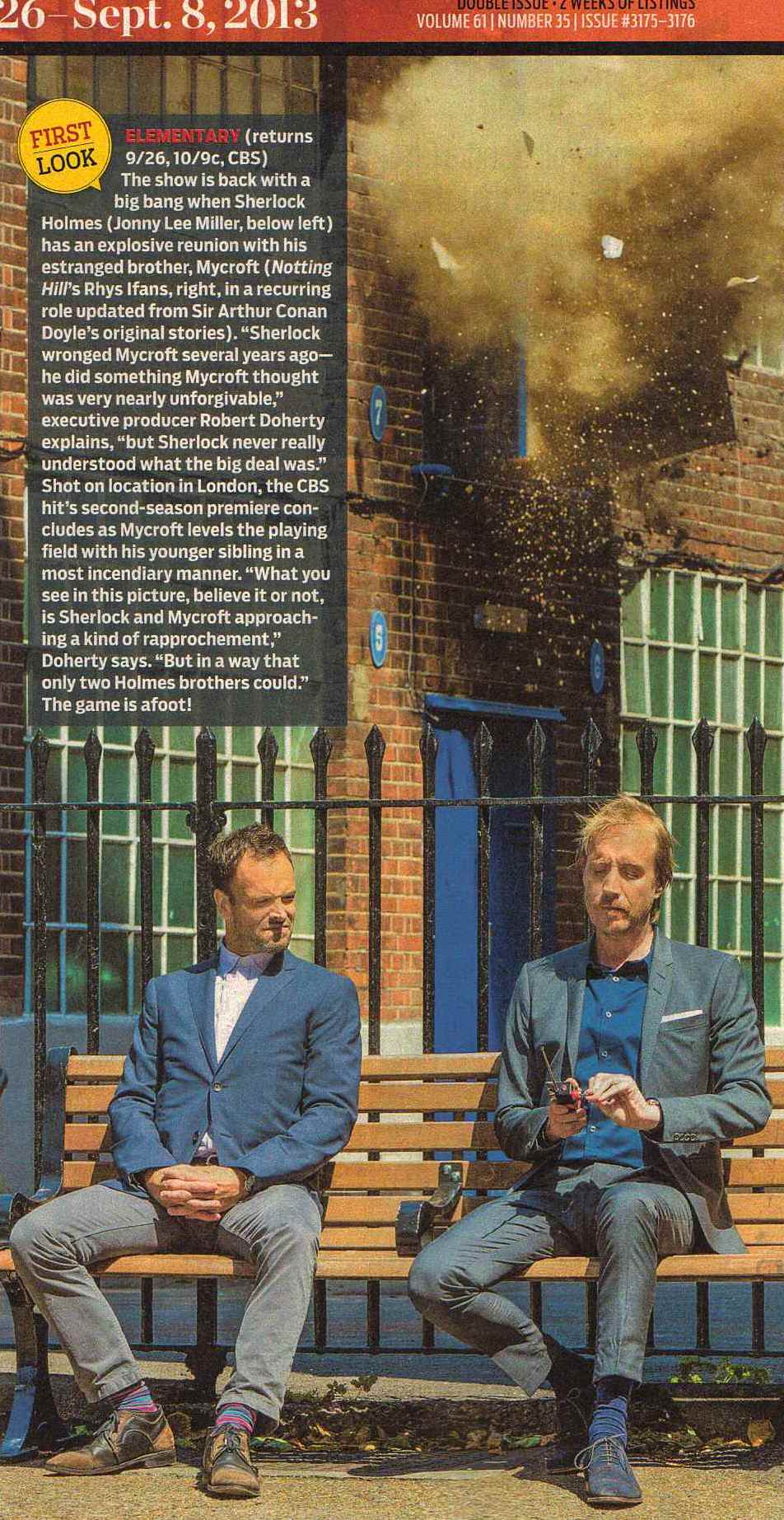 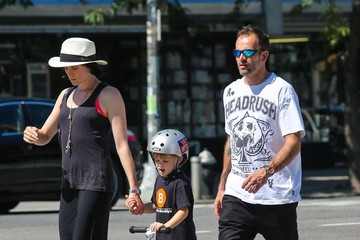 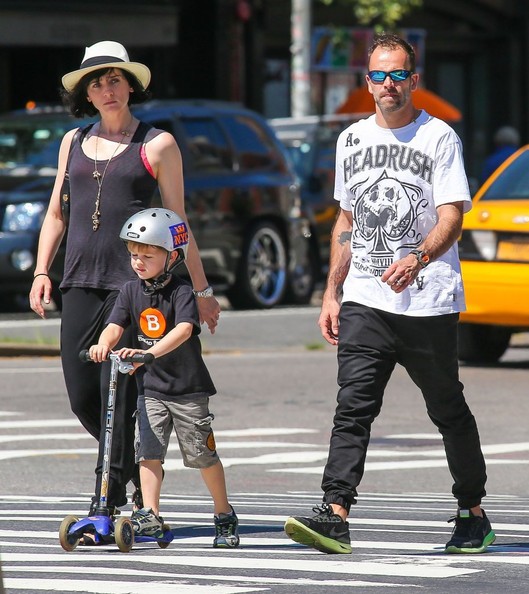 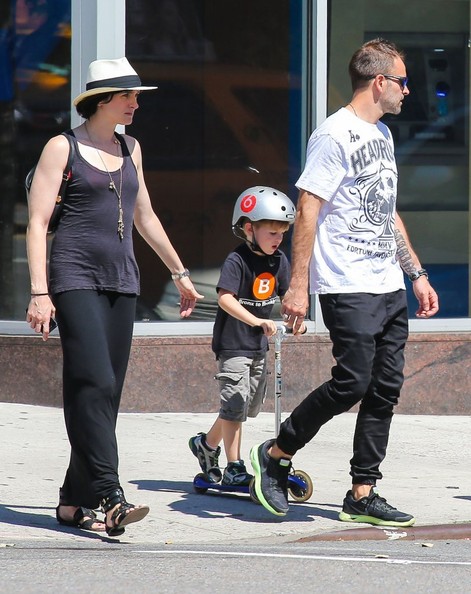 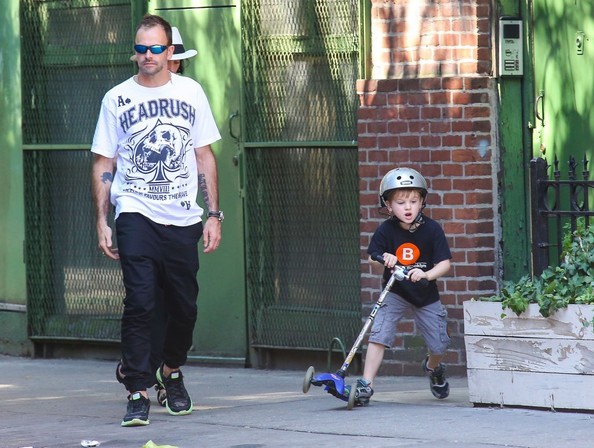 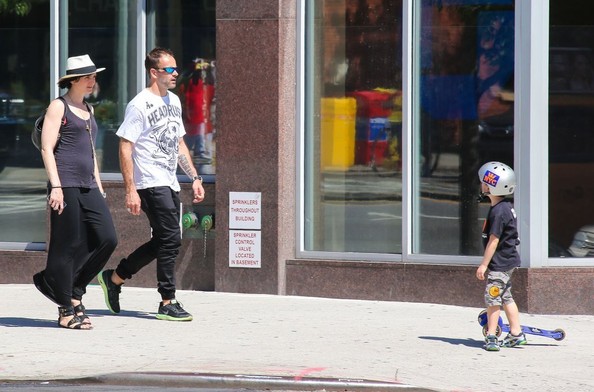