Penn Badgley Pops Up In Brooklyn Streets On Set Of Cymbeline As A Sk8er! 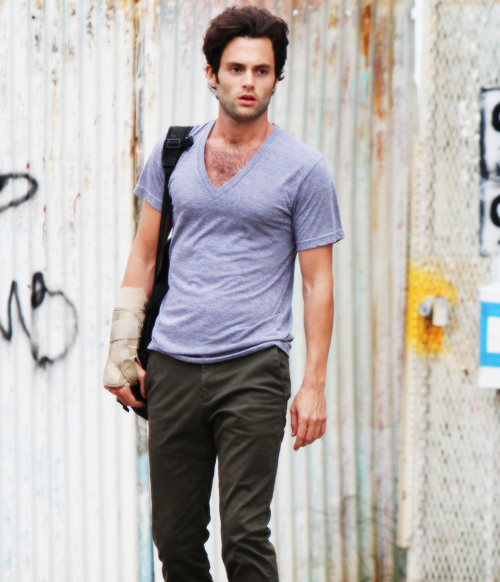 Penn Badgley and Dakota Johnson huddled up and took direction on Friday for their portrayal of lovers in the adaptation of the Shakespeare drama Cymbeline filming in New York City.

The 26-year-old Gossip Girl star portrays Posthumus in the tale of jealousy and betrayal, while 24-year-old Dakota plays Imogen.

The movie also features Ethan Hawke who has teamed up again with director Michael Almereyda, who helmed the 2000 version of Hamlet that starred Hawke as the troubled prince. 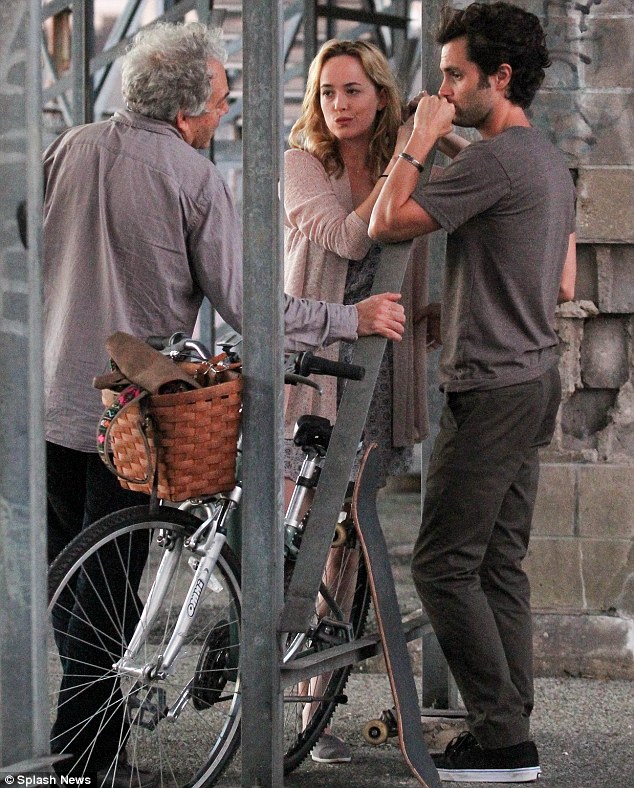 Taking direction: Penn Badgley and Dakota Johnson listened up on Friday as director Michael Almereyda spoke to them on the New York City set of Cymbeline

Penn wore a drab costume on the Brooklyn set as he was dressed in a simple grey T-shirt with grey pants and black sneakers.

Dakota, the daughter of Don Johnson and Melanie Griffith, was wearing a short floral print dress and brown sweater on the set.

The movie also features 24-year-old Anton Yelchin who was stomping about on an athletic field in an all-black ensemble with creepy white face make-up with black lips and eyes. 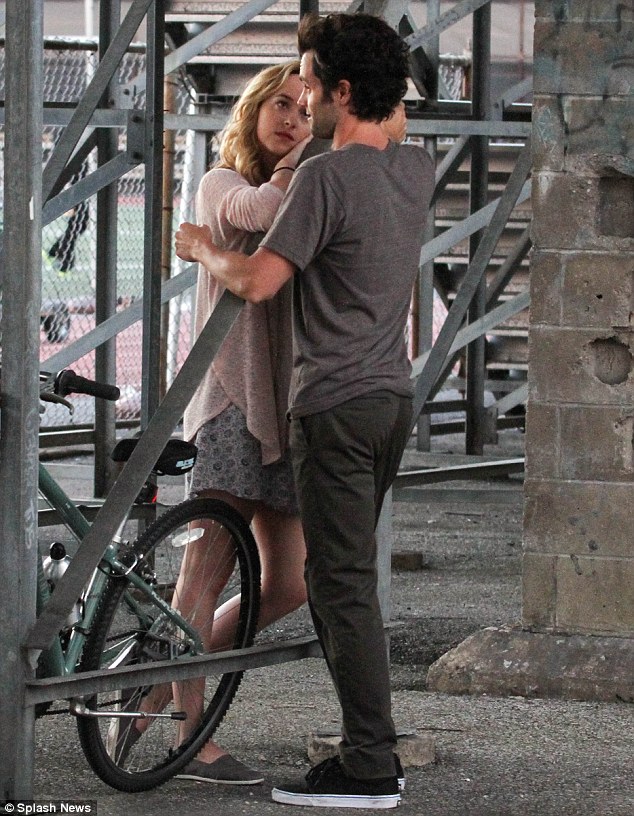 Look of love: Dakota peered deeply at Penn as the camera rolled 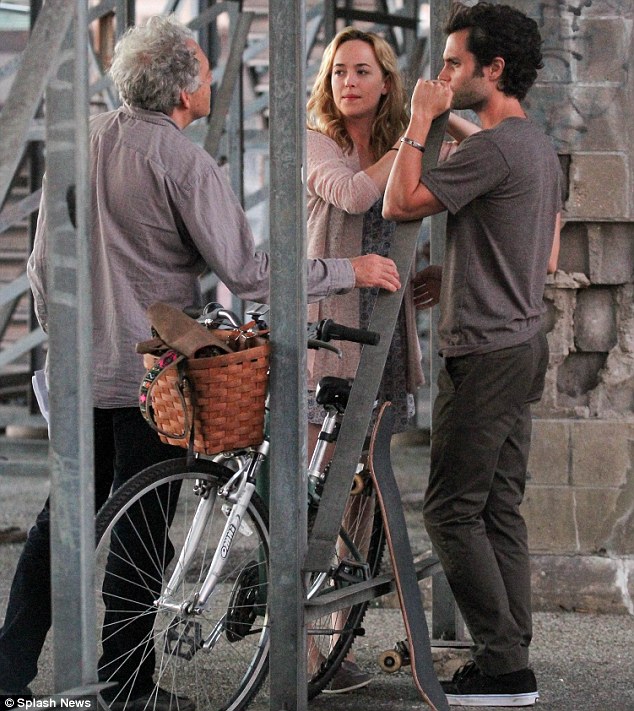 The field scenes also included a trio of cheerleaders also with the spooky make-up who looked like they came from Nirvana's Smells Like Teen Spirit video.

Penn was spotted the previous day with a supportive brace on his right wrist and forearm as he cruised on a skateboard.

Penn showed his strong balance as he cruised on the board with the arm wrapped and carrying a black backpack. 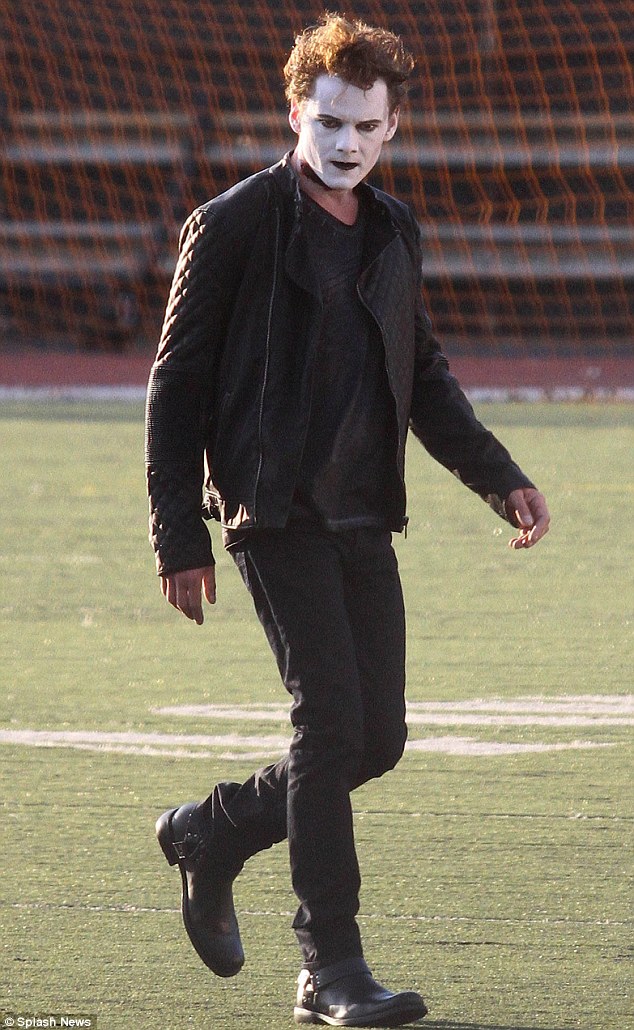 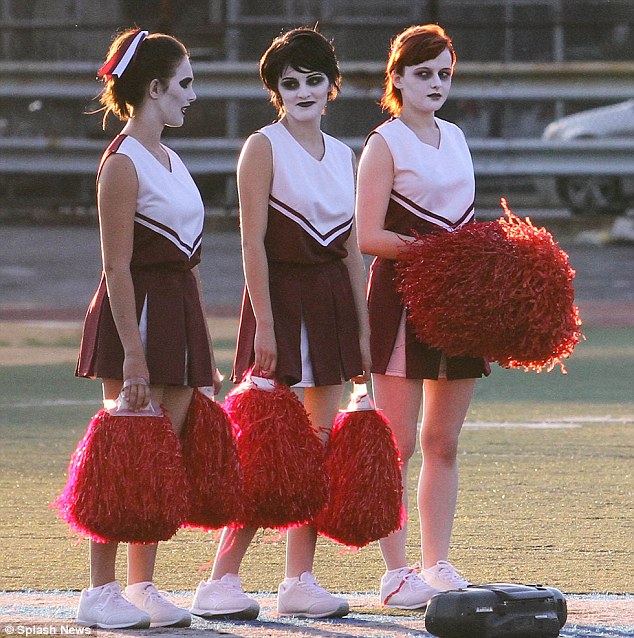 Entertain us: A trio of scary cheerleaders on the set

Ethan also was on the set Thursday and was spotted shooting scenes with Penn.

The modern-day telling of the Shakespeare play also features Milla Jovovich as the Queen and Ed Harris as the British king Cymbeline.

More Shakespeare: Ethan Hawke was on the set of Cymbeline on Thursday in Brooklyn 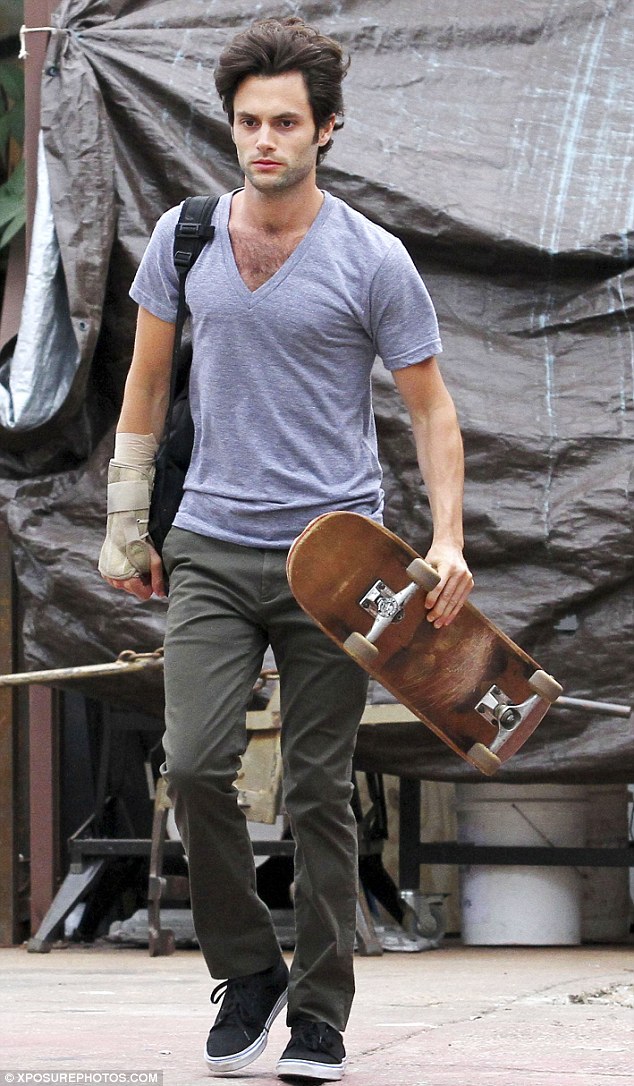 Skater boy: Penn was on the set on Thursday with a skateboard and had his right arm bandaged 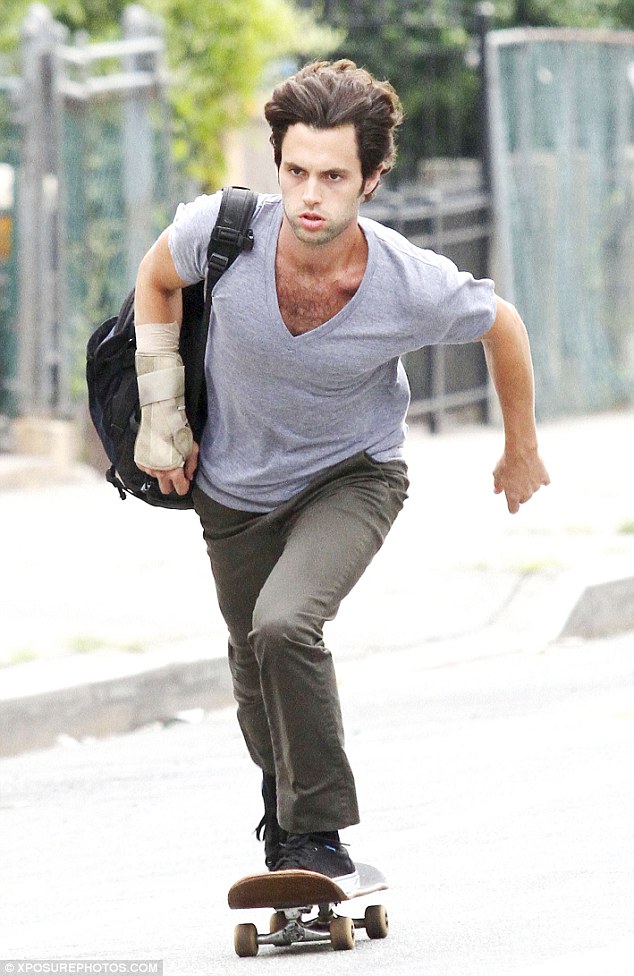 Skaterboy: Penn was seen rolling along on his skateboard, seemingly tired out by the activity

Cool and casual: Penn's Gossip Girl co-star Chace Crawford was seen arriving at LAX on Friday on a flight from NYC