Lady Gaga Prepping For The Applause In New VMA Pics: Catch A Peek 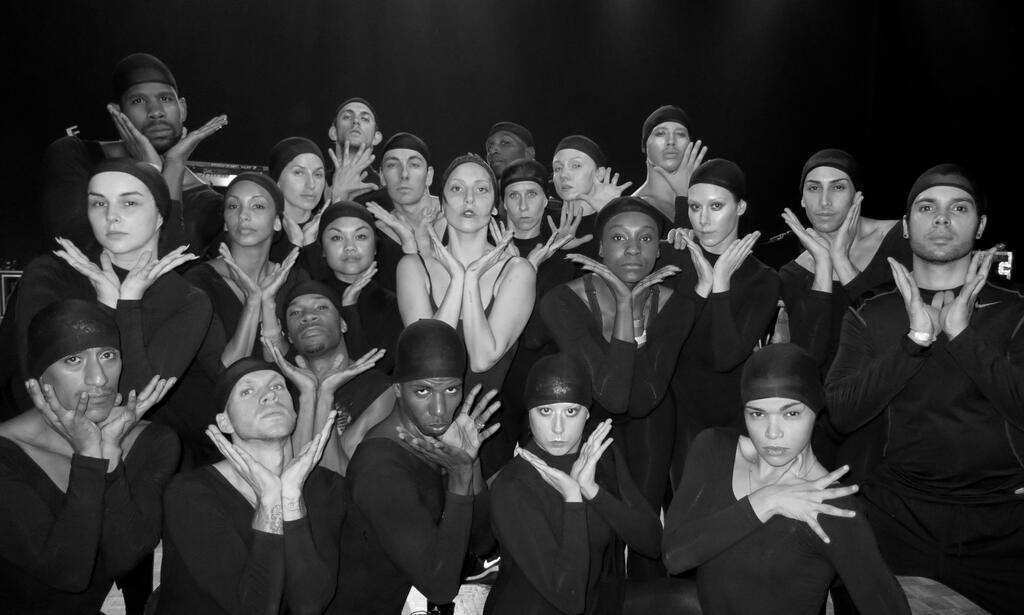 In addition to sharing a black and white self-snap on Facebook with the caption "We're opening the show! 'Applause' starring Lady Gaga. #VmaRehearsal," the "Applause" singer also posted a picture to Twitter featuring her and her black-capped dancers. 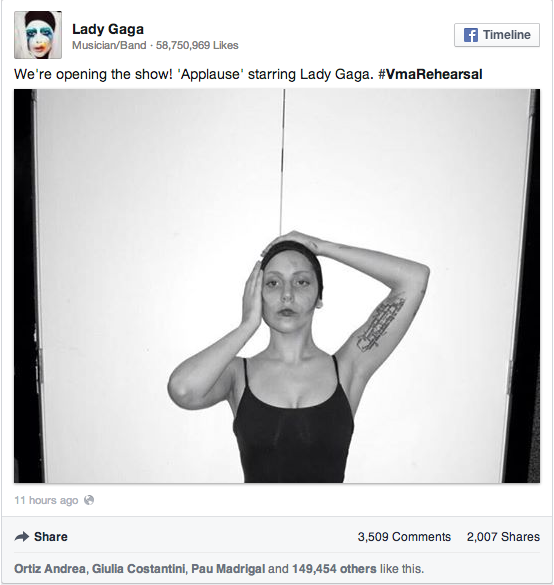 Mother Monster is slated to open the 2013 Video Music Awards Sunday at Brooklyn's Barclay's Center with the first-ever performance of her ARTPOP single, "Applause." Earlier this week, the singer told NYC radio station Z-100 that her performance will be inspired by her "Applause" music video.

"I am opening the show," she said. "Well, yes, I'm dancing and what you see in the video is where I am now with my body. I'm dancing 'til my feet bleed every day to make sure I give the fans a performance that they won't forget."

No word yet as to whether the video's true star, a taxidermied swan borrowed from Dita Von Teese, will also make an appearance. One can dream, though.

SOURCE
be sure to tune into the VMA awards to watch kanye west perform his single from his critically acclaimed album, yeezus. oh, and lady gaga with her new single