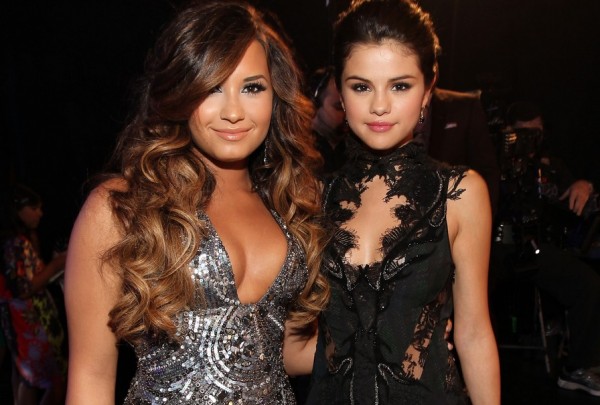 'Come & Get It' beauty Selena Gomez has revealed that she is incredibly proud of her fellow Disney starlet and close friend Demi Lovato for speaking out about her inner demons and struggles publicly.

During an interview with i-D magazine, Gomez explainedthat it must have taken a lot of courage for her to open up about battling an eating disorder and dealing with being bipolar, and it's even more admirable to think that she has become such a strong role model:

"I'm very proud of Demi and her being able to accept the challenges she went through, but also for staying a good role model to people who do struggle with the things that she's gone through." Gomez added: "I've always been taught that you are who you surround yourself with. So if you surround yourself with good positive people you can only do good things for them and they can only do good things for you.'

'It is frustrating at times when certain things are being said, but other than that I'm just a normal girl living a normal life."