MTV’s Madonna/Britney/Christina Kiss, 10 Years On: A ‘Wedding’ to Remember 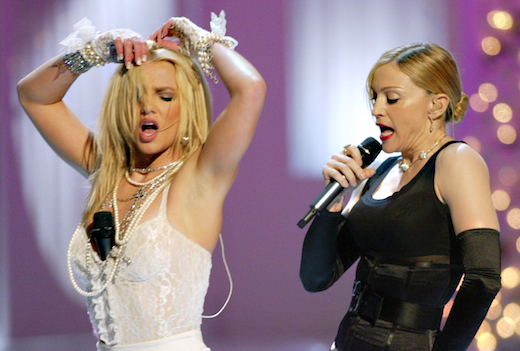 Can it really have been a whole decade since the country lost its collective innocence about girl-on-material-girl-on-dirrty-girl action? The three stars weren't the only ones with their mouths wide open, as millions of viewers' jaws dropped in unison.