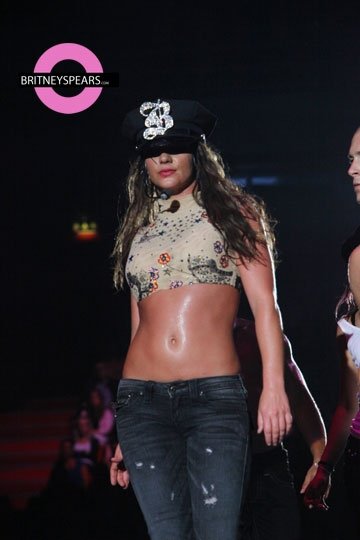 Pop singer Britney Spears has insisted on staying in two 'fantasy palaces' during her £19m stint in Las Vegas.

To feel more at home, she has asked bosses at Planet Hollywood to redecorate her £6,500-a-night hotel suite with an antique king-size four-poster bed.

The former X Factor US judge has also requested a £16m mansion with housekeeper and nanny so she can stay in secluded luxury with her sons Sean and Jayden.

A source at the Vegas resort where Spears will be a resident performer in November told the Daily Star: "She doesn't want her boys exposed to the wild party scenes on the Vegas Strip.

"We are renting a secluded seven-bedroom property to keep her kids away from Sin City's excesses."

The 31-year-old is reportedly being paid £19.2m for her two eight-week stints in Las Vegas.

A booking agent commented: "Sir Elton John, Rod Stewart and Celine Dion all perform annual residencies in Vegas but I don't think anyone - even Sinatra or Elvis - has ever been treated so extravagantly."

Spears is one of the most financially successful pop stars in the world. She made £43.4m on her last tour and received a pay cheque of £10m for her role on the X Factor.

However, the singer had a very public meltdown in 2007, and a judge gave Jamie, Spears father, control of her fortune and almost every other aspect of her life.

Spears has not publicly revealed the nature of the psychiatric and drug problems that have led to repeated stints in rehab.

Her father has been in charge of her affairs for almost five years.

According to TMZ, the star spent around half of her £8.9m allowance back in 2012 on a wide range of items, including £2,1700 on Christmas lights.

The 31-year-old singer and mother of two decided not to feature in the X-Factor's next season, which would have conflicted with tour preparations.

She recently recorded a song, Ooh La La, for Smurfs 2, which featured her two sons. Spears is currently working on her eighth studio masterpiece album, for release later this year.

source
I still hate this idea