Why Do We Care About Pop Stars' Hair? 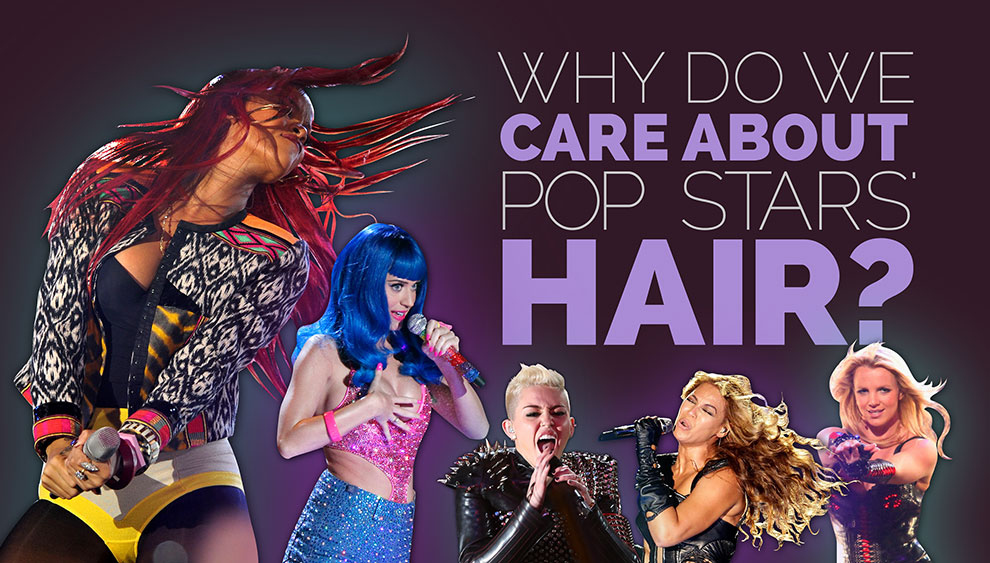 It’s hard to remember now, but Rihanna’s superstardom wasn’t always assured. Before 2007, she lacked an identity and sound that set her apart from the other one-name would-be divas who’ve since fallen off the charts. But that summer, she released “Umbrella,” Good Girl Gone Bad, and got a haircut that changed everything.

Stylist Ursula Stephen first met Rihanna on the set of her “Unfaithful” music video the year before. The pop star’s usual stylist wasn’t available, so Stephen was called to fill in. Rihanna’s hair at the time was typical diva fare: long and beautiful, perfect for billowing in wind machines. Stephen calls the look “conveyor belt.”

“To me, it didn’t separate her,” Stephen says. “She was fun. That look wasn’t representing who she was at all.”

Stephen said Rihanna wanted to try a different style, but couldn’t because “the label specifically had a look for her.”

“They basically control your image. If they want your image to be girl next door,” she says, you’re going to get a girl-next-door haircut. “The label wanted Rihanna to look like everybody else.”

For her upcoming album, though, they were finally willing to let Rihanna show some personality. She was transitioning from girl next door to good girl gone bad, and she was allowed to get a haircut she and Stephen had recently discussed: the bob. 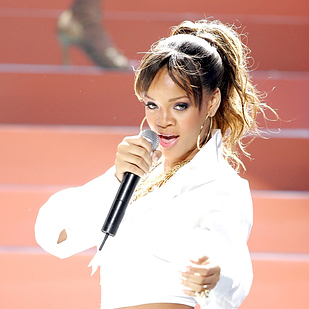 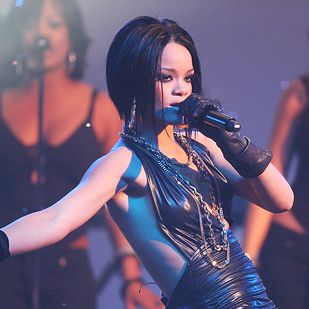 Rihanna’s record label wanted her to have long hair until 2007, when she was allowed to get “the bob.”
The bob made Def Jam, Rihanna’s label, nervous. Def Jam President L.A. Reid even sent someone to oversee the cut. “Me and Ri were like, ‘What the hell is she doing here?’ I’m whispering to Ri, ‘Listen, I’m gonna cut it up to here, for now. Then tomorrow, when we’re alone, I’m going to do it for real,’” Stephen told New York magazine. With a few snips, Rihanna’s long locks became a bold, angled do. L.A. Reid ended up loving it, and so did everyone else.

“As soon as she cut her hair, people paid attention. I just cut it. I didn’t even think about it,” Stephen says. “Everybody went crazy. It really changed her life.”

Stephen didn’t expect the reaction, but understood where it came from.

“When we talk about celebrities, we talk about things that identify them. For women, we think of the hair,” said Erin Meyers, an assistant professor of media studies at Oakland University. “For women, hair is such an important part of femininity.”

Hair is important to female pop stars because of how important public image is to their jobs. Hair can inform their persona, complement their music, and reinforce their diva status. It’s something men and male musicians don’t have to deal with to the same extent. “They just put on a tuxedo and they end up on the best-dressed list,” Meyers says, but for women, “There’s just more.” While women can face greater expectations about their physical appearance than men do, they also have more options, especially when it comes to hair.

Dramatic haircuts can therefore be a way for female celebrities to “reclaim their image for themselves,” Meyers says. “They can’t always talk and say what they want to. I think it’s probably a way of trying to break out of an image.”

It’s no coincidence Miley Cyrus likewise used the phrase “change my life” to describe what was, honestly, a change of hair: “I didn’t plan a haircut to change my life,” she told the Toronto Sun. “I just cut my hair and then it really changed my life.” 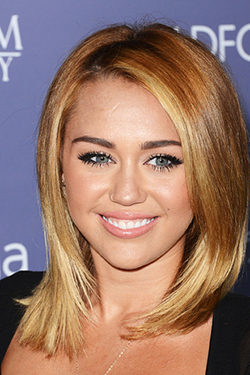 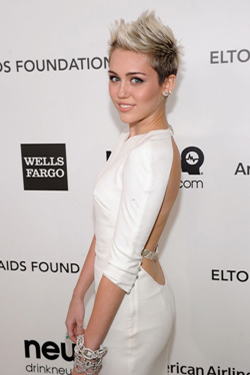 Miley Cyrus debuted her shorter, bleached cut at the 2012 MTV Video Music Awards.
The artist formerly known as Hannah Montana debuted her bleach-blonde pompadour at the 2012 MTV Video Music Awards in September, eight months before the release of the not-safe-for-Disney music video for “We Can’t Stop.” All the gyrating and twerking in the video wasn’t as shocking as it could have been, thanks in part to her new hair and image that had prepared the public for the music that was to come.

The power of female celebrity hair explains in part why Beyoncé getting a pixie cut is front-page news. She made headlines after she uploaded three photos of the new cut to her Instagram account in early August, but at a performance just days later, it was covered up with a new, albeit shorter, extensions. “As if she didn’t have short hair before,” Meyers says. “That long, flowing blonde hair we’ve seen for a long time is not her hair.” The cut nonetheless served a purpose, strategically allowing the public to feel as if they were let into Beyoncé’s typically guarded life, even if only for a few photos, before she reverted to hair more suitable for whipping around on stage. 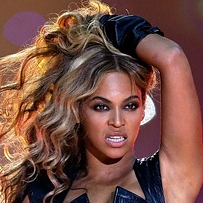 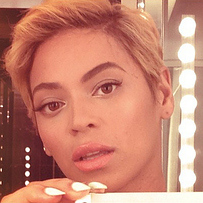 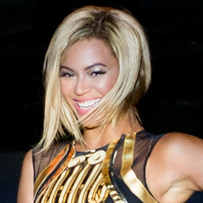 Beyoncé ditched her long hair (right) for a short cut she showed off in a selfie posted to Instagram on Aug. 8. But seven days later, she had settled on shoulder-length extensions (left).
Or consider when Britney Spears shaved her head in 2007. She’d spent the better part of the past decade as an object of public affection, desire, and derision before experiencing her very public breakdown. Her name was no longer hers, but a loaded term for sex and celebrity and a brand name. The incident was a rejection of her pop-princess persona and past as a child star whose life and image had been carefully controlled since her teens, and it marked an immediate change in how media covered her.

Similarly, to promote the release of her single “Roar,” Katy Perry released a teaser video of her torching the blue wig from her “California Gurls” days. She doesn’t say a word during the 30-second clip, but as the wig burns, she sends a clear message about how she wants the public to view her and her new music. The video does an even better job of sending that message than the song itself. While “Roar” is a generic song about self-affirmation that wouldn’t sound out of place on Teenage Dream, the symbolism of the burning blue wig is unmistakable. It’s an updated Britney head-shaving moment, with a wig, lighter, and well-positioned lighting, and cameras in place of real hair, a shaver, and paparazzi snapping through a salon window. The circumstances are different, but both are challenges to the public’s caricature of the women. 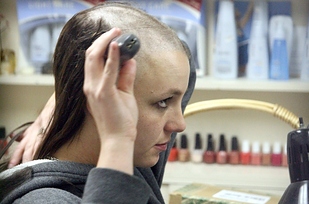 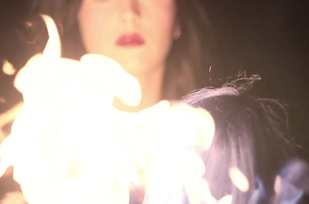 Britney Spears shaving her head at Tarzana, CA, salon Feb. 16, 2007, and Katy Perry burning her blue wig in a promotional video.
Stephen says she and Rihanna keep in touch via text while she’s on the road touring, sending images and talking about ideas for new styles. She says Rihanna gets bored with her hair and wants to change it frequently, but she has to tell her to slow down sometimes.

“As an artist, you want to wear a look long enough for it to be recognizable,” she says. 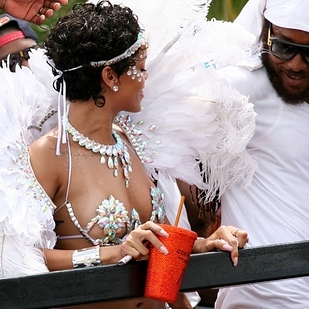 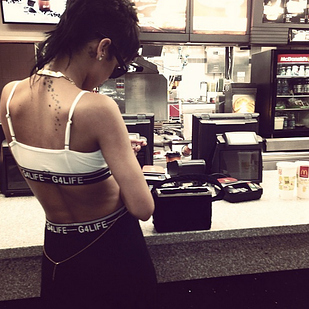 Rihanna in vacation in Barbados on Aug. 5 and at a McDonald’s in New York City Aug. 18.
Earlier this month, though, Stephen went to Barbados to see Rihanna while she was on a break for her Diamonds World Tour and photos of the singer emerged showing her with a new short cut. Days later, Rihanna posted a photo of herself in a McDonald’s with a mullet. Clearly Stephen was busy, but this time, it was just her and Rihanna calling the shots, without someone looking over their shoulders.